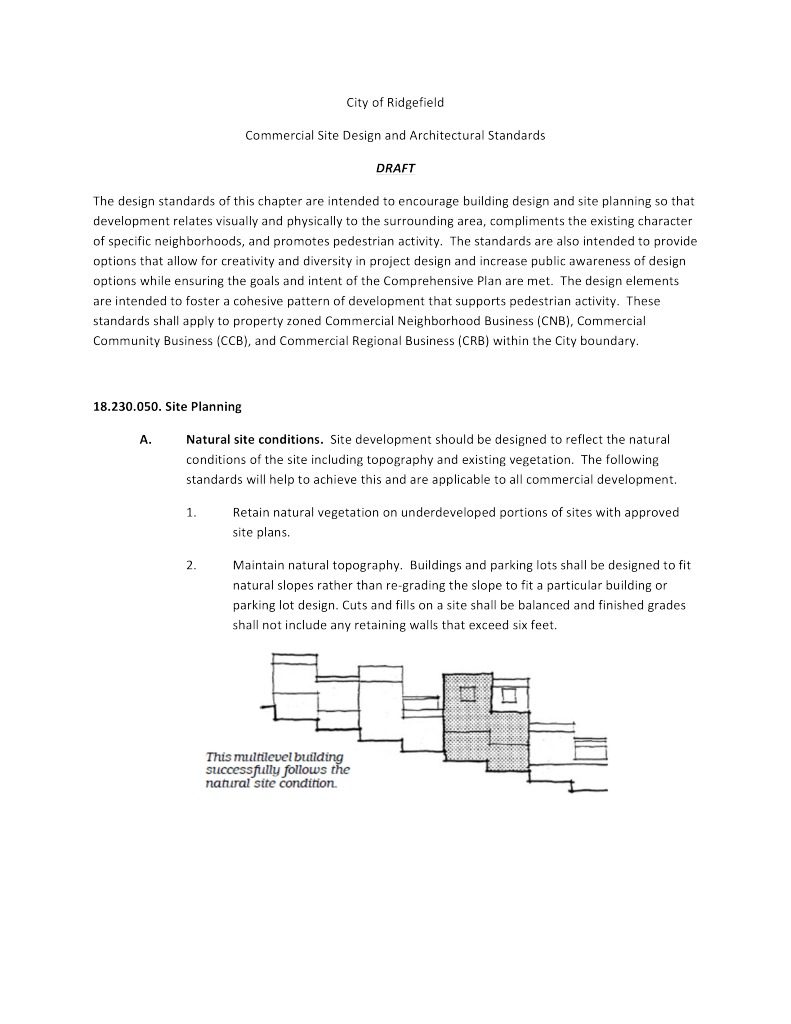 RIDGEFIELD — Over here, off North 45th Avenue in the center of Ridgefield, 692 homes will be built. Next to that, 453 homes.

Community development director Jeff Niten points to a color-coded zoning map of Ridgefield in northwest Clark County where residential development is exploding. Like most zoning maps, it looks like a mismatched patchwork quilt, but there’s order behind the seeming chaos.

In a county known for its suburban sprawl, planners such as Niten are trying to shape Ridgefield’s development.

“We want to make those choices now before something gets built that we don’t like,” he said.

Planning is exactly what’s needed in Ridgefield, one of Washington’s fastest-growing cities. The small city’s population grew more than 44 percent between 2010 and 2016. Although the state Office of Financial Management estimated the population to be 6,870 as of April, Niten said those figures are outdated. He believes closer to 7,200 people now call Ridgefield home.

As Ridgefield’s population grows, so does the need for commercial and retail space — and yes, a supermarket — to accommodate residents.

The city’s planning commission is molding its commercial design standards to fit a grand vision of a city that’s walkable, environmentally conscious and has high-quality architecture. Developers will have to fit what we’re looking for rather than us just taking anything that comes along, Niten said. No big box stores fronted by a sea of parking. No flat, featureless concrete buildings. No, thank you.

The city adopted a type of zoning called optional mixed-used overlay. That means that a developable area could have two sets of land-use regulations, depending on what developers want to build, giving them more flexibility. An area that’s zoned medium-density residential could also have this mixed-use overlay. So a developer could build retail storefronts across the street from homes, creating walkable “activity centers,” as Niten calls them.

Areas around Northeast 45th Avenue and Pioneer Street are zoned for these pockets of retail, as well as an area along 65th Avenue, on the other side of Interstate 5, near where a Clark College satellite campus will be built.

Clark College at Boschma Farms is projected to open in fall 2021 with one 70,000-square-foot building. Eventually, six more instructional and administrative buildings will be built on the site.

Ridgefield doesn’t have much retail already, aside from a few stores and restaurants downtown and near the Interstate 5 junction.

The planning commission is mulling over adopting “density bonuses” to encourage mixed-use development. The commission will consider the bonus plan, along with revised design standards at its Sept. 7 meeting.

When people think of density and mixed-use developments, they may envision the area surrounding Vancouver’s Esther Short Park: apartments stacked on top of commercial.

“That’s not what we’re trying to do here,” Niten said. “It’s more horizontal where, within the same site, you have townhomes and across the site retail opportunities. It’s more linear.”

At the same time, Niten said the city is steering away from box stores fronted by acres of parking, as is common in suburbs.

“That doesn’t fit out here. We wanted to have design standards that ensure that’s not the type of development we’re going to get,” he said.

In those sprawling strip malls, people end up driving from one business to another within the same site. Ridgefield is focusing on buildings that are closer to the street and have interior parking that encourages people to park once and walk throughout the site.

Vancouver’s Grand Central shopping center off state Highway 14 is an example of that sort of design, but Niten said that parking lot could have been more walkable. Ridgefield still has minimum parking requirements, which vary depending on the use. (More spaces are required at restaurants, fewer at car repair shops, for instance.) But, Niten said that parking can be organized in a smarter way.

Anchored by a national wildlife refuge, there’s a certain environmental ethos in Ridgefield, he said, and future commercial development is supposed to reflect that. Buildings have to adapt to the city’s natural topography, vegetation and character. If there’s a natural slope, the builder has to work with it rather than grading the lot to fit an off-the-shelf plan. Currently, 25 percent of new developments must be dedicated to open areas and trails (though half of that can be occupied by critical areas, such as wetlands). Trails weaving through new neighborhoods will eventually connect, so that people can walk or bicycle throughout the city.

Also, outdoor common areas are required at commercial developments and could take the form of a plaza or pocket park — something that promotes being outside. The city already has several pocket parks.

Walkways are required and must be visually distinct from parking lots and driveway surfaces, and accented with landscaping, lighting and seating.

Gimmickry, such as tenant-specific motifs, is prohibited. That means if somebody proposed building a Best Buy store, the building couldn’t have its telltale angular blue fa?ade. While these asks may cost developers more, it’s all part of branding the city and making it stand out on its own, Niten said.

A three-building development abutting the Columbia Hills neighborhood will be the first commercial project to get off the ground. While the triangle-shaped parcel at the southeast corner of Hillhurst and Sevier roads does not have the mixed-used overlay — it’s considered a neighborhood business area — it will follow the city’s design standards.

The Hillhurst Commercial Center will be across the street from townhomes being built by New Tradition Homes and next to a neighborhood playground.

Renderings from Vancouver-based Wilson Architects feature three buildings, outdoor seating, space for public art, benches and internal parking. Wilson Architects is behind developments such as Big Al’s in east Vancouver and the Al Angelo Building at the entrance to downtown Vancouver. Andy Swanson, one of the partners on the project, said the development will be “well done” using details such as stacked stone, cedar-wrapped siding and stucco.

“It adds to the cost but it also adds to long-term appeal,” Swanson said. “These are nice neighborhoods up there, so we want to make sure we fit in.”

As far as potential tenants, he’s got pre-commitments from Grapes n’ Growlers, a restaurant, taproom and growler fill station with a location in east Vancouver; StarCycle, an indoor cycling studio that has three West Coast locations, including one in east Vancouver; and The Barbers, with several Clark County locations. Different coffee shops are also interested in the space. One of the buildings will have two stories with office space on the second floor.

Construction is slated to start in March or April.

Kelly Helmes, one of the owners of New Tradition, said having high-quality commercial development within walking distance boosts livability and home values. New Tradition has been building in Ridgefield for the last decade, particularly in the larger, newer Pioneer Canyon and Green Gables neighborhoods. The townhomes off Hillhurst will be done this fall. While his customers like Ridgefield’s countryside feeling, they don’t like driving outside the city for basic services, or to get groceries, he said.

The retail development will “promote the residential development just because people like to live where there are new retail shopping options,” Helmes said. “I think it’s wise for Ridgefield to take that long-term perspective and consider good design in their long-term planning.”

The Hillhurst Commercial Center is a small project, but the start of shaping Ridgefield’s commercial identity. The philosophy is that details — roofs, colors, the way parking is organized — can influence how a person feels and interacts with a space. And if that philosophy is applied throughout Ridgefield, it may influence how a person sees the small but burgeoning riverside city.

Tags
distributeNorth CountyRidgefield & Fairgrounds
Receive latest stories and local news in your email:
By signing up you are agreeing to our Privacy Policy and Terms of Service.