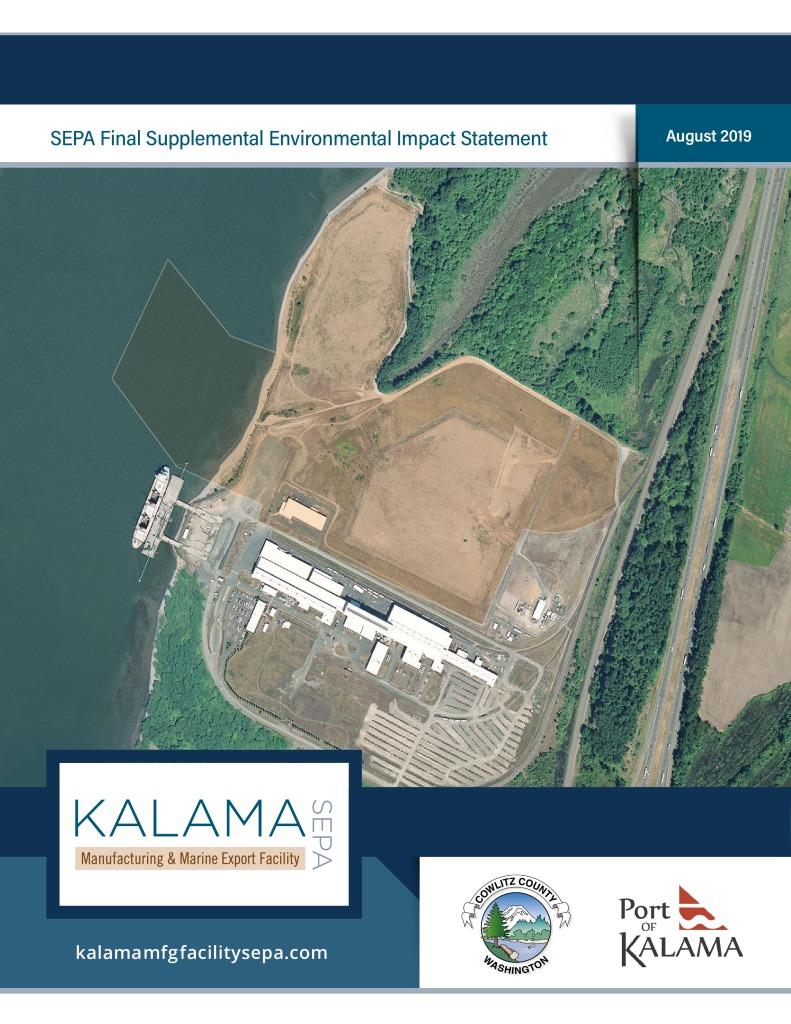 LONGVIEW — The proposed $2 billion Kalama methanol plant would cause a net reduction in global greenhouse gas emissions, according to a study released Friday morning.

The cradle-to-grave analysis confirmed the basic conclusions of a draft version of the document released last fall.

The plant would release about 1.8 million tons of carbon dioxide annually, making it the 12th largest emitter in the state, according to the study. However, the plant would cause a decrease of carbon emissions worldwide by displacing coal-based methanol production in Asia, the intended market. The project thus could reduce global carbon emissions by 13.7 millions tons annually.

For point of comparison, that’s about 12 percent of the carbon produced annually by all the cars, factories and other sources in Washington.

“The science and facts laid out today make a clear and convincing case that our project in Kalama will result in a significant net reduction in global greenhouse gas emissions,” Vee Godley, NWIW chief development officer, said in a prepared statement. “Regulators called for a comprehensive review of our actual and potential emissions, and this independent analysis delivers those results.”

Columbia Riverkeeper, a Hood River, Ore.-based environmental organization, stated that the study “downplays the climate impacts” of the project.

“The report released today is dramatically misleading,” said Dan Serres, conservation director. “Whether for fuel or for plastic, NWIW’s project will have a tremendously negative impact on the river and our climate.”

The findings could clear the way for Northwest Innovation Works to obtain a critical shorelines permit for the project at the Port of Kalama, which was first proposed in 2014.

“The publication of the FSEIS is the culmination of years of comprehensive input, careful analysis and a meticulous regulatory review process,” said Mark Wilson, Port of Kalama executive director, in a press release. “We are grateful to the many people who have helped shape this project.”

The study, formally called a final supplemental environmental impact statement, provides additional technical analysis of potential emissions, responds to comments on the draft, and provides updated information and clarifications. It was overseen by the Port of Kalama and Cowlitz County.

Northwest Innovations wants to pipe natural gas to the site and convert it to methanol, which would be shipped to Asia to make olefins for use in plastics manufacturing. The company says using natural gas as a feedstock is much cleaner than using coal.

The original environmental review of the project by the port and county found that it would have no significant adverse environmental impact. For example, no process wastewater will be discharged into the Columbia River.

The new report includes an analysis covering emissions from the construction of the project; operation of the plant; purchased electrical power; natural gas production, collection, processing and transmission; shipping the methanol to Asia; and associated changes in the methanol industry.

Opponents of the project have voiced concerns about the methanol being used as fuel instead, which would release more greenhouse gas emissions.

In comments on the draft study, the state Department of Ecology recommended that the final study fully evaluate both potential uses of the methanol unless the company could better demonstrate that 100 percent of the methanol would be used for plastics manufacturing.

The final study does not analyze effects of the methanol being used for fuel instead of for plastics manufacturing because “it is not consistent with the stated project purpose and the amended dock use agreement for use of the marine terminal does not allow for the export of methanol as fuel.”

In June, Port of Kalama commissioners approved an amendment to NWIW’s dock agreement, prohibiting exported methanol to be used for fuel. Columbia Riverkeeper and other critics say the lease agreement is “completely unenforceable.”

“From our perspective, the agreement is an unreliable basis for them to rule out methanol being used as fuel,” Serres said. “The port won’t be able to referee where this methanol ends up. … NWIW claims they will mitigate the full impact, but it’s meaningless if they won’t admit what full impact is.”

In May, Gov. Jay Inslee came out against the project, which he’d previously supported, stating he was no longer convinced that the project did enough to combat climate change. However, Inslee said his stance does not change the state’s regulatory process and its objective review of projects.

NWIW paid Life Cycle Associates “six figures” to complete the analysis of the project’s effect on global carbon emissions after the state Shorelines Hearings Board concluded the original climate change analysis for the plant was inadequate.

Wildfires have burned over 5 million acres in the West. Are they too big for Washington to ignore?
Nation & WorldSeptember 20, 2020
Letter: Kalama methanol plant bad idea
Letters to EditorSeptember 16, 2020
Trump’s fossil fuel agenda gets pushback from federal judges
BusinessSeptember 15, 2020