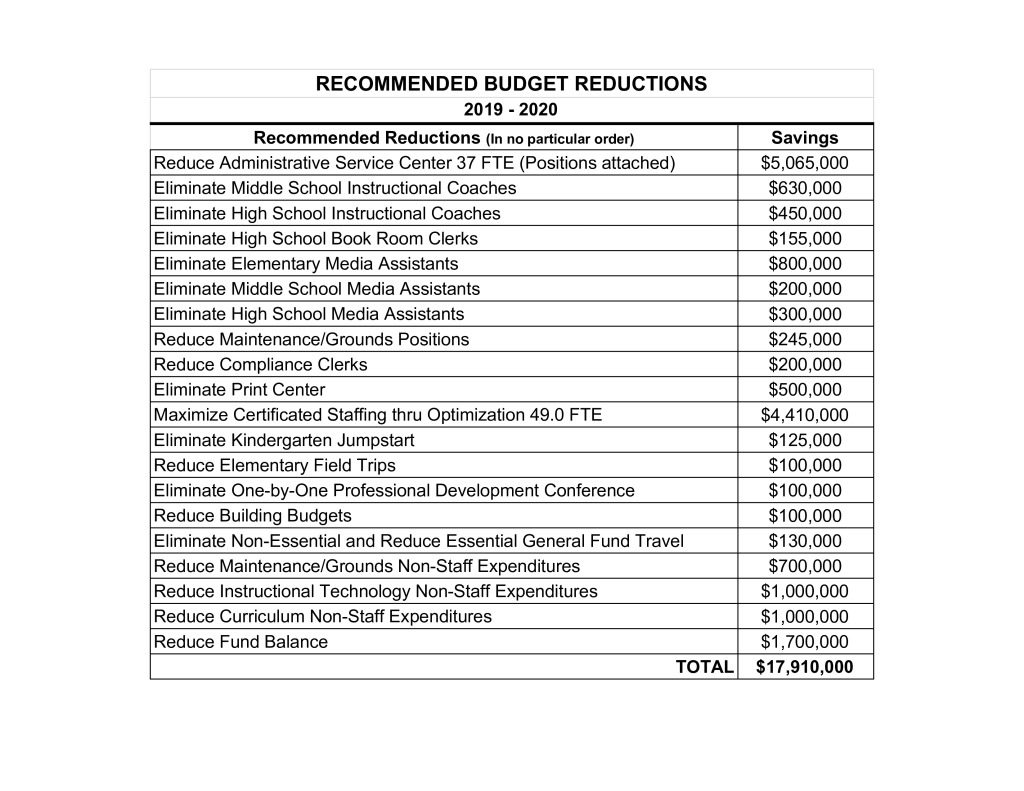 The Shahala Middle School teacher librarian, who has been at the Evergreen Public Schools campus for seven years, faces the loss of media assistant Emily Krimme, a co-worker he said makes his job just barely doable.

“The amount of work my assistant and I do, we can’t get it done in a day,” he said.

Clark County’s largest school district, like districts across the region and state, is facing a multimillion-dollar budget deficit in the coming school year. Evergreen pegs its shortage between $15 million and $18 million, and while exact decisions haven’t yet been finalized, a list of proposed cuts was circulated at a Tuesday board meeting and among district staff.

That includes media assistants at all school levels for a saving of about $1.3 million. The very thought of that loss kept Warner up late after hearing the news Monday, wondering how he would approach his job in the coming year. He and his media assistant are, effectively, the “Geek Squad” of the middle school, responding to questions about laptops and educational programs, all while trying to teach students about media literacy and checking out books.

“We work with kids and teachers all day long, and it’s not just with books,” he said. “It’s with technology.”

The proposed cuts are sweeping, covering staff, programs, travel and other expenses. Most significantly is the proposed elimination of 37 administrative staff for a $5,065,000 savings. Some cuts will be made through restructuring of some positions; others will be eliminated entirely.

In particular, Interim Superintendent Mike Merlino said, will be cuts to staff and programs under the district’s LIFT Initiative, or Leveraging Technology to Personalize Learning. The acronym encompasses the district’s addition of laptop computers in all classrooms, as well as the software and infrastructure that comes with it.

“The amount of money that has been spent in there was a little higher than what we intended,” Merlino said.

The district is also looking to eliminate the equivalent of 46 certificated teaching positions, though district spokeswoman Gail Spolar said that doesn’t mean 46 teachers will be losing their job. About 100 to 150 teachers leave the district every year through retirement or resignations, she said.

Neighboring Vancouver Public Schools is also working through $14.3 million in budget cuts, citing similar challenges with declining enrollment and the state’s new school funding model. Two weeks ago, that district announced it could eliminate as many as 50 full-time teacher and instructional staff positions.

Merlino noted that the recommended slate of cuts is not final, and that, depending on how much new money the Legislature allocates toward schools this session, that deficit could drop.

“The fact that we’re talking about this today doesn’t mean that tomorrow we’re making these decisions,” Merlino said.

For Warner, the elimination of library assistants is one line he hopes will be removed from the slate of cuts — “or our school libraries will cease to function,” he wrote on Facebook on Tuesday night.

Evergreen this week will kick off a monthlong series of budget forums to address the expected cuts. The first of the four meetings is at 6 p.m. Thursday at Heritage High School, 7825 N.E. 130th Ave., Vancouver.