Ridgefield students are some of the few in Clark County who still get to go on an overnight trip to learn about the outdoors. Many of the larger school districts go on field trips to different agencies working locally to preserve nature. Students in Ridgefield, La Center and Green Mountain still go on weeklong trips to the woods.

• Vancouver Public Schools: Vancouver schools began working with Columbia Springs years ago for a field trip connected to the classroom study of ecosystems.

• Battle Ground Public Schools: Both primary and middle school students may go on field trips to the Center for Agriculture, Science and Environmental Education, a district program for high school students located on an 80-acre campus. The district also participates in the Washington Department of Fish and Wildlife’s School Cooperative Program, where middle-schoolers rear salmonid eggs and then release them in the local watershed.

• Washougal School District: Sixth-graders in Washougal spend a few days exploring the historical, geological, cultural, natural and ecological wonders of the Columbia Gorge. Longtime Friends of the Columbia Gorge supporter and member Phyllis Clausen started the program in 2008 in honor of her late husband. It operates in partnership with the Washougal School District with grant funding support from the Camas Washougal Community Chest. 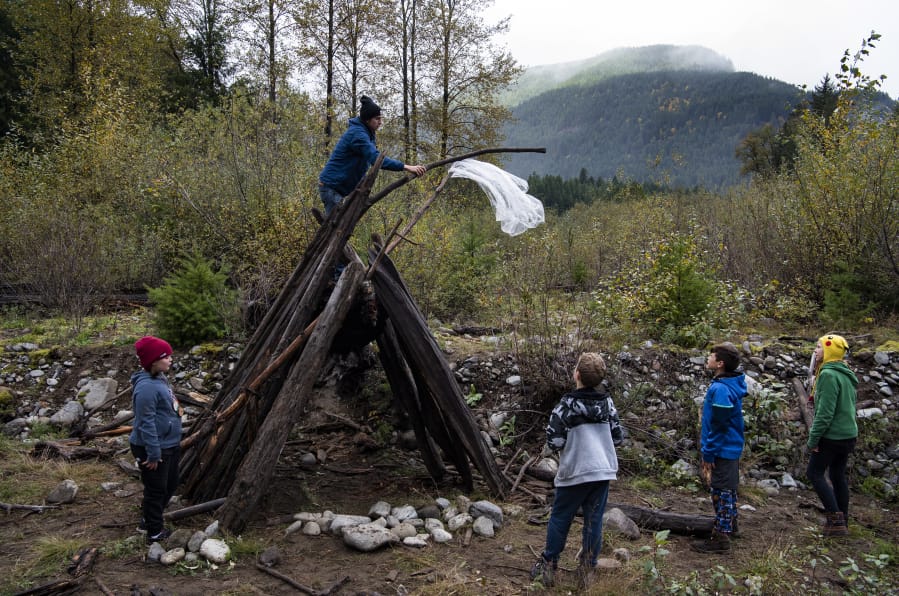 • Hockinson School District: Hockinson Elementary School has a nature trail that is used for field science observations and investigations. Fifth-grade students gather data there to compare soil and air temperatures on different locations around campus. Fourth-graders study wildflowers and birds there.

• Green Mountain School District: Since 2010, the one-school K-8 district has sent students to Cispus every other year. The trip is open to fifth- and sixth-graders, so students can go in either year.

• Woodland Public Schools: Woodland doesn’t have a specific outdoors program, but many classes at different grades have field trips, activities and experiments that will involve outdoor-related study, such as horticulture and floriculture.