Loren Culp, the Republican candidate for governor, is running primarily on a platform of deregulation.

In a conversation with The Columbian’s Editorial Board, Culp said the response to the COVID-19 pandemic should have been left to individual people and business owners. Gov. Jay Inslee’s widespread closures and mask mandates, he said, were “Draconian.”

“Put the info out to the citizens,” Culp said. “Let free individuals decide what’s best for themselves, their families and their friends.”

“I’m not anti-mask, but I’m anti-governors who dictate to their citizens,” Culp added. “I would not have shut down (some of) our businesses and left some open, that’s for sure.”

Although the state faces a budget shortfall linked to the pandemic, the Republican candidate said he wouldn’t consider raising revenue in the form of new or increased taxes. In his separate conversation with the editorial board, Inslee declined to take any options off the table.

Culp would freeze government spending, he said, and assess the financial situation more thoroughly once in office.

“I will not make across-the-board cuts. We’ll do programmatic cuts starting from the bottom up,” Culp said, adding that he’d start with anything that has the word “study” in it. “Politicians like to study things forever, and they waste millions and millions of dollars on studies.”

Culp first got involved with politics as the chief of police in Republic, in northeastern Washington, when he publicly refused to enforce a gun control initiative passed by voters in 2018 and upheld by a federal court earlier this year.

Culp defended his decision, telling the editorial board that he feels that the regulations implemented under Initiative 1639 are unconstitutional. He added that he wishes more law enforcement officers through U.S. history had followed their conscience over the letter of the law.

He likened enforcing the gun control measure to enforcing segregation of Black people in the Jim Crow-era South, to the internment of Japanese Americans during World War II, and to the actions of Nazi soldiers during the Holocaust.

The measure raises the legal age to purchase a semi-automatic weapon from 18 to 21 and increases liability for owners who don’t store their firearms in a safe. It also increases waiting periods and enhances background checks.

“If you’re advocating for, the police just need to follow the law and obey the law and arrest people, then I guess you’re for Rosa Parks being arrested,” Culp said.

“I’m not going to be that guy that just blindly follows the law. Isn’t that what Nazi Germany had happen, when the police and military were putting Jews on rail cars? Weren’t they just blindly following the law that Hitler put in place?” Culp asked. “How did that defense work for them at the Nuremberg Trials?”

Culp and Inslee will appear statewide on the Nov. 3 ballot.

More on the governor's race 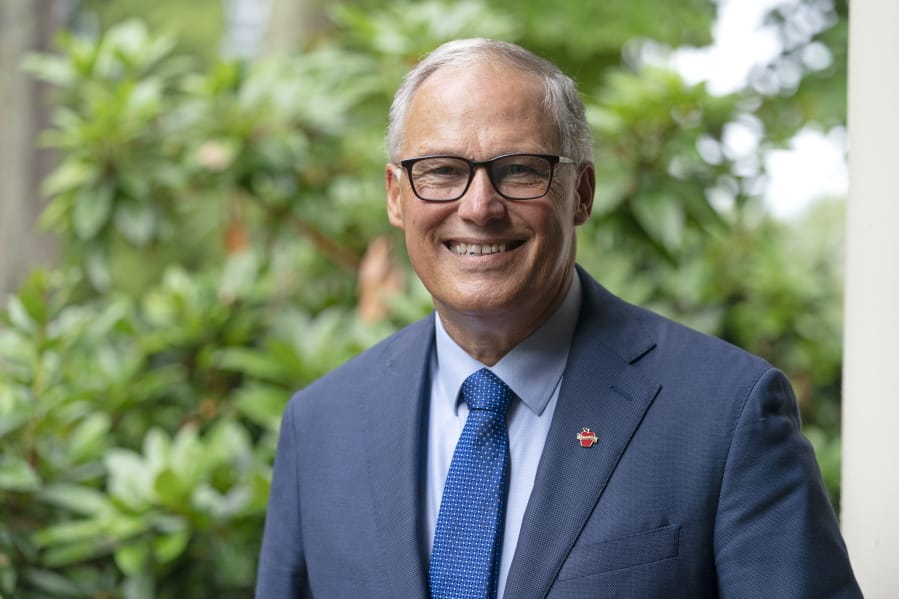