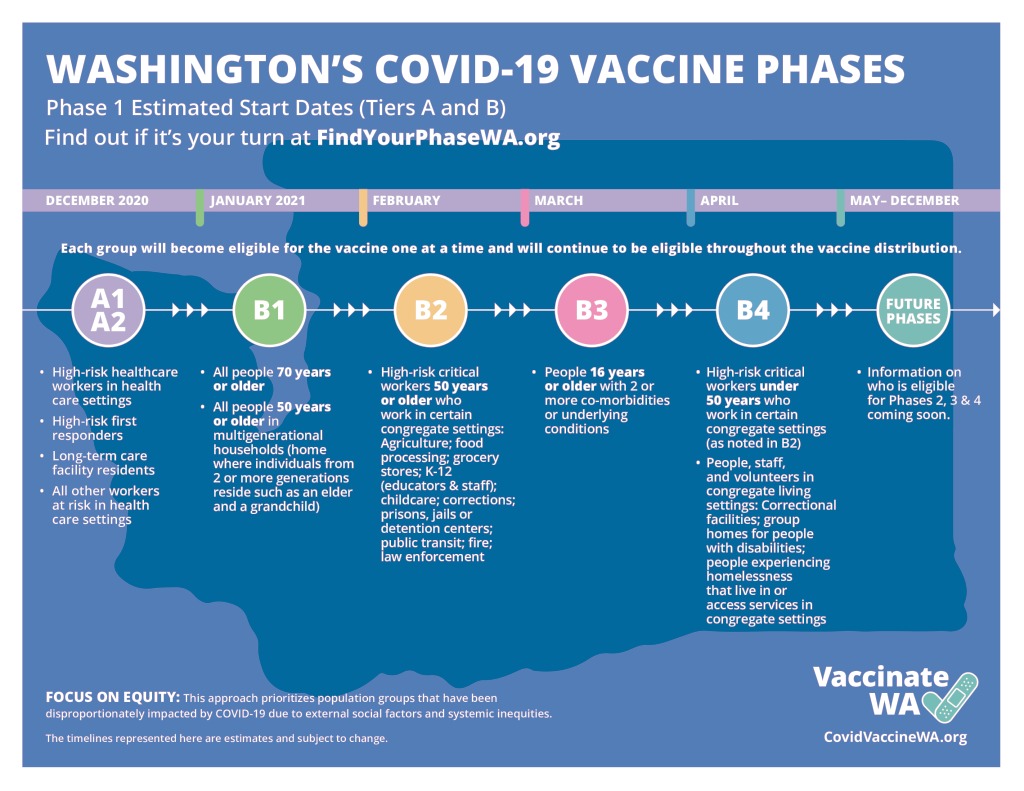 Six days after state health officials unveiled careful plans for the next stages of prioritized coronavirus vaccination, the Trump administration asked governors nationwide to scrap much of that work and rapidly expand eligibility to receive doses.

Alex Azar, the federal secretary of Health and Human Services (HHS), called for governors to allow vaccination of anyone over 65 and also anyone with a health condition that exacerbates the risk of COVID-19, the illness caused by the coronavirus, during a news briefing Tuesday.

“State restrictions on eligibility have obstructed speed and accessibility of administration,” Azar said, blaming states for the slow pace of vaccination.

Azar said federal officials would no longer hold back vaccines from states to ensure booster doses were available, offered federal help to establish mass vaccination clinics and said the federal government would allocate shots, in part, based on which states were most successful at administering them. He said the federal government wanted to add access points for vaccination.

The abrupt federal policy shift on prioritization — which will make nearly a third of Americans eligible to be vaccinated — represents a departure from months of state planning and federal guidance on who should be eligible. It could hasten the rate of vaccination, but it also threatens to add further confusion to an already rocky rollout and raises questions on how best to ensure equitable access to vaccine.

A spokesperson for Washington Gov. Jay Inslee said the state would consider the federal changes on eligibility, acknowledging “differences” between the new approach and the state’s plan. While the federal government can advise, vaccine priority is ultimately under the governor’s authority.

Washington is currently working to vaccinate health workers, first responders and those in long-term care facilities. The plan Washington released last Wednesday prioritizes first those people 70 and older and anyone 50 and older who lives in a multigenerational household. Next up would be high-risk workers and people with multiple health conditions.

Mike Faulk, an Inslee spokesperson, said the governor’s office learned of the federal changes through news reports Tuesday morning but by afternoon, still had not received anything in writing from the government about the new eligibility policy.

“The federal government announcing sweeping changes to the largest and most important vaccine effort in our lifetimes — on television and without any advance notice or coordination with states — is unacceptable,” Faulk said.

Inslee does support some of the federal actions. He joined other state governors in signing a Jan. 8 letter demanding the federal government distribute reserved doses immediately.

And Faulk said in an email that the state would welcome help setting up vaccination clinics.

“DOH has asked our federal partners twice for assistance in developing additional access points for vaccine, and has been told no federal help is currently available,” Faulk wrote, referring to the state health department. “We would welcome federal support.”

Concern has swelled over the pace of vaccinations, and some experts view it as a race to head off the spread of a more transmissible variant of the novel coronavirus that has overwhelmed the United Kingdom and has been found in the United States.

The federal government last year spent billions on vaccine development and distribution, but investments in local and state public health departments lagged until December, leaving underfunded agencies and strained hospitals managing the task of getting shots in people’s arms.

In Washington, some assisted-living facilities that were supposed to receive the first vaccines still don’t have appointments. Hospitals have scrambled to help transfer vaccines to other health systems that lack supply and many health care workers still can’t find a site to get vaccinated.

The state has not yet launched its vaccine-tracking dashboard, a web tool called PhaseFinder that helps determine the public’s eligibility for vaccination, or PrepMod, software to speed clinics’ vaccine scheduling.

Many states are struggling, with most reporting they’ve used fewer than half of the doses they’ve received.

Each state has prioritized its vaccine doses differently, said Josh Michaud, the associate director for global health policy at the Kaiser Family Foundation.

Allowing anyone 65 and older and anyone with a health condition that increases COVID-19 risk to be vaccinated “represents a major sea change for how these vaccinations are going to be targeted, if states follow the recommendations,” Michaud said. 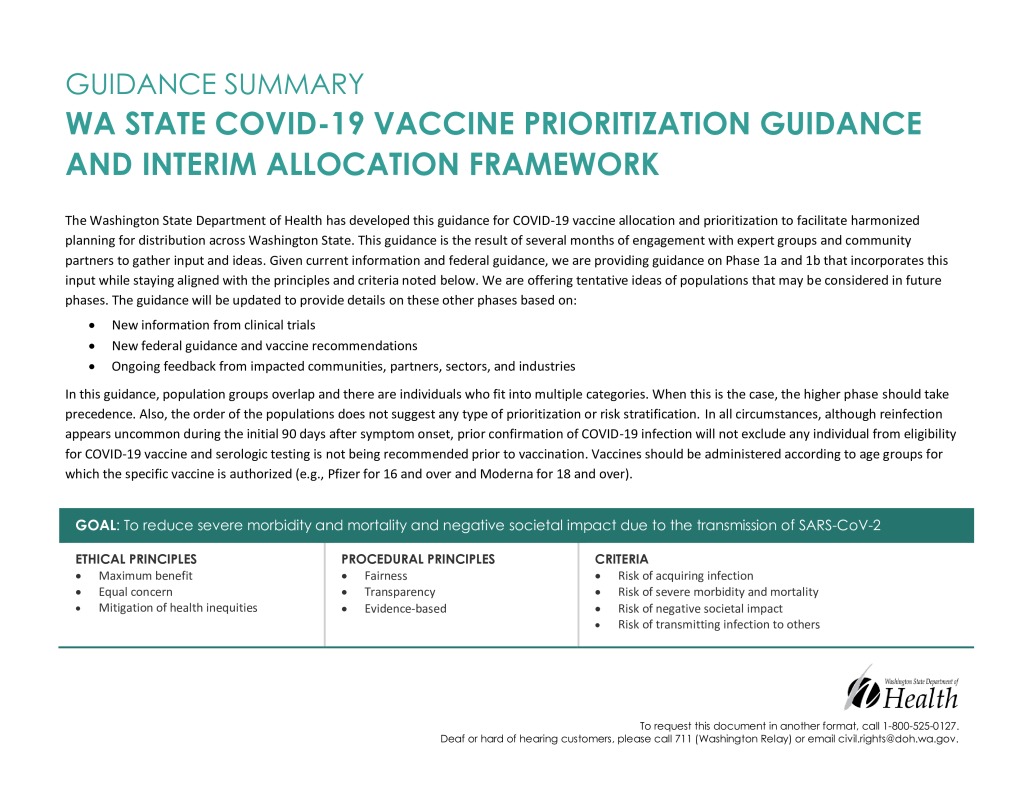 “If your goal is to vaccinate as many people as possible, then you might fall into the trap of vaccinating the easiest-to vaccinate people, and not vaccinate those who are harder to reach or more resistant, or live in rural areas, or for whatever reason require a little more effort to administer vaccines.”

Michaud said groups that might be harder to reach are often those who are the highest risk and represent a disproportionate number of cases.

“There’s a balance to be struck,” Michaud said.

Michaud said he expected the pace of vaccination to improve now as health workers gained familiarity with systems and made incremental improvements.

“With a big project like this, it’s all about eliminating bottlenecks,” said Dr. Nathan Schlicher, the president of the Washington State Medical Association.

Financial help will soon arrive to cash-strapped states that have had to rely on existing resources to fund vaccination efforts. Congress in December passed a bill approving COVID-19 relief funding and HHS has begun to distribute that money. Washington state will receive some $68 million for vaccine administration.

“That can only help … it’s not something that can turn on a dime,” Michaud said. “To get these systems up and running, it takes time.”