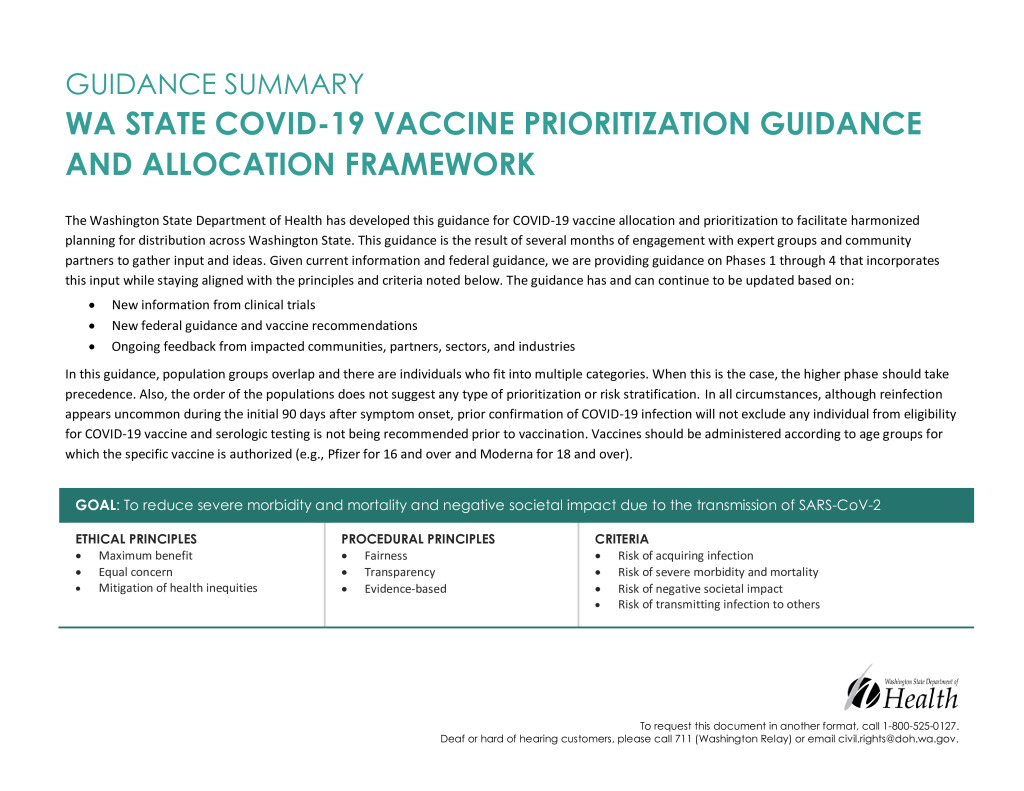 For months, Janelle Pfeifer has felt a tinge of fear whenever a customer comes into the busy Pike Place Market restaurant where she works. Sometimes she feels more like a babysitter than a restaurant worker – constantly reminding diners to put their masks back on when they get up from their table.

The restaurant has precautions like temperature checks for anyone who comes in. But it has frustrated Pfeifer, 29, that she and her colleagues haven’t been eligible for a COVID-19 vaccine, even after restaurants moved to 50% capacity for indoor dining.

“This whole time it feels like we were treated as essential workers because restaurants had to be open,” Pfeifer said. “But at the same time we weren’t, because we weren’t on the [eligibility] list.”

That changes today. Pfeifer, along with about 2 million other Washington residents, are eligible for a coronavirus vaccine under the state’s priority plan.

Phase 1B, Tiers 3 and 4 include all people 60 and older; people 16 years and older with two or more underlying health conditions; restaurant, food service, manufacturing and construction workers in congregate settings; and people who live, work or volunteer in settings like prisons, group homes and places where people experiencing homelessness live or receive services.

Health officials and vaccination sites are preparing for the influx of people, who will be looking for appointments alongside other groups of about 3 million residents who are already eligible, like those 65 and older, K-12 educators, health care workers and other workers in high-risk environments.

In Auburn, for example, a community vaccination site was moved to the Auburn Outlet Collection shopping center, which can accommodate six times the number of appointments than the original location at the General Services Administration Complex.

Officials urged patience, noting that there are more requests than doses available. This week, the state received 408,730 doses, according to the Washington State Department of Health, with 238,050 first doses and 170,680 second doses. So far, about 3.25 million doses of vaccine have been given in the state, and 27% of residents have received at least one dose.

“It’s going to take persistence and patience for going in, trying to sign up, and eventually we want to, and we will, get full vaccination for everyone who wants to be vaccinated,” said Dr. Chris Spitters, Snohomish Health District’s health officer, in a Tuesday media briefing.

Restaurant workers in particular had been advocating that they be included on the vaccine eligibility list, especially after grocery store workers and others in high-risk, essential worker environments were deemed eligible earlier. 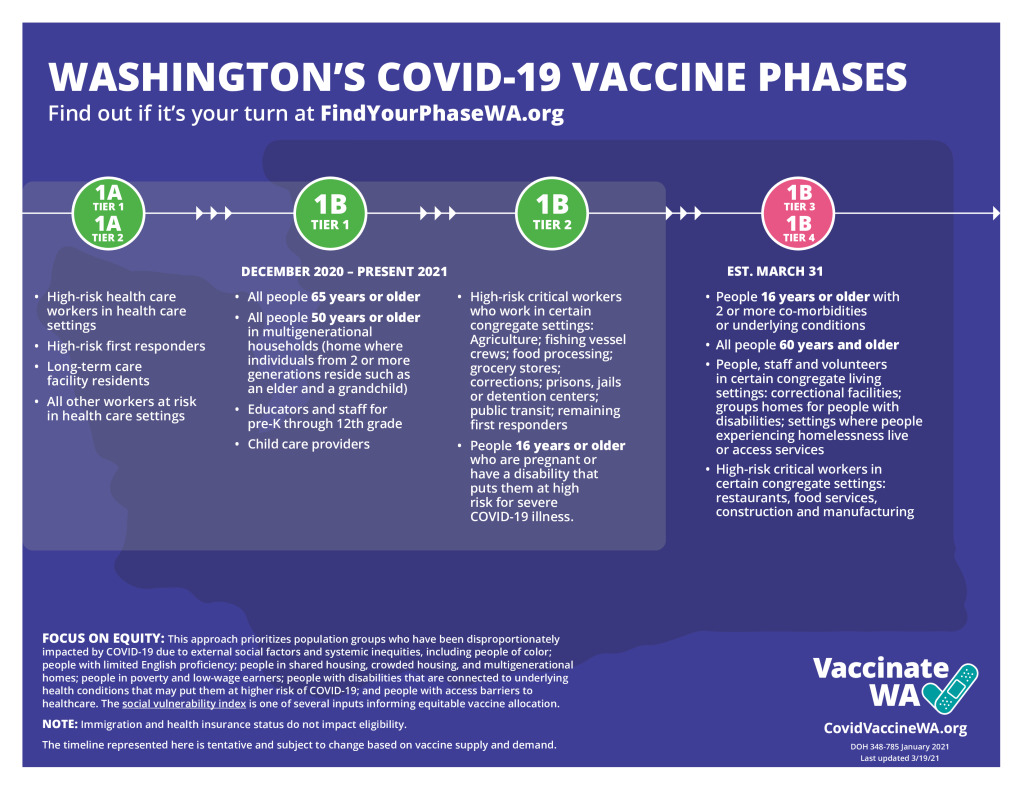 “I would have loved to see restaurant workers right after first responders and teachers and those most at risk, obviously they should go first,” said Anthony Anton, president and CEO of the Washington Hospitality Association. “But once we had enough to take care of those people, I would have loved to see our workers go next. But at the same time, we are glad they are there now.”

Also on Wednesday, the state will stop using the Phase Finder, an online questionnaire that vaccine providers used for proof that someone is eligible to receive a vaccine. Removing Phase Finder will help speed up the vaccination process “by reducing barriers,” according to Michele Roberts, assistant secretary of health, before the state expands eligibility to all Washington adults by May 1.

This means someone who isn’t eligible could still sign up, but Roberts said in a statement that the department trusts most people will wait their turn.

“Getting vaccinated ahead of your turn may take an appointment away from someone who is higher risk than yourself,” Spitters said. “This includes elderly residents, individuals with multiple underlying medical conditions and high-risk workers in congregate settings, many of whom still are seeking a vaccination appointment.”

Pfeifer, the restaurant worker, plans to get vaccinated this week. She’ll still take the same precautions as before, but will feel a little better about going to work.

“It will feel like a breath of fresh air,” she said. “I’m going to go into work and feel more protected.”