Do you believe in Superman? Bigfoot? The Tooth Fairy?

Of course not. They are all fictional and fun (although there are a few Bigfoot believers).

Also fictional, but not fun: A persistent claim by some people that somehow the results of the November 2020 general election were stolen, manipulated or fraudulent. In fact, a group of these folks — including local congressional candidate Joe Kent — have sued Clark County and some other Washington counties alleging ballots were flipped, added or subtracted, and that elections officials purposefully engaged in wrongful acts.

They won’t win. They have no evidence. Their claims are without merit.

The truth is, our elections are overseen by honest and highly capable elected officials at the county level (Republican Auditor Greg Kimsey) and at the state (Republican Auditor Kim Wyman). Our ballots are voted on paper, the signatures are verified, and the machines that tally them are publicly checked before the first ballot is counted. Elections observers, chosen by the political parties, are invited to watch the entirety of ballot processing. So it makes me angry as a taxpayer that my money will be spent to defend these meaningless lawsuits, which are being filed by supporters of Donald Trump for perceived political gain.

Even though these claims are bogus, they make me worry about the future of our democracy. As Editorial Page Editor Greg Jayne wrote this week: “The result (of the lawsuits) will not be to overturn election results or even uncover fraud; it is a specious claim. The result will be to sow doubt about our elections and the very foundations of our democracy, creating fissures that allow for future exploitation.”

That’s why I am pleased to tell you that today The Columbian is reprinting one of the best civic journalism projects I have seen in a while. Spokane’s newspaper, The Spokesman-Review, recently partnered with the League of Women Voters of Washington to produce a special section called “My Vote.” You’ll find it with today’s edition of the ePaper, at epaper.columbian.com. I’ll also try to have it linked from our home page and our election page, www.columbian.com/election. 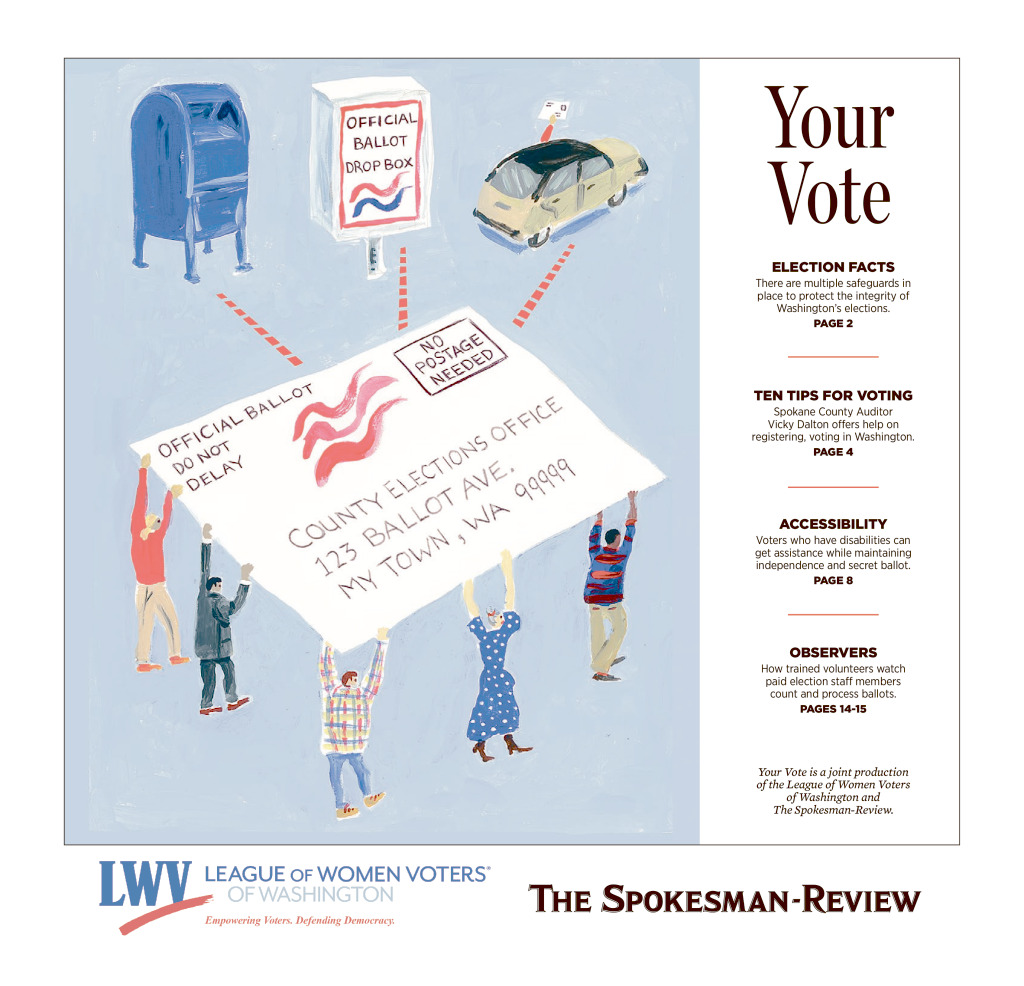 The 20-page tabloid was produced by Spokesman-Review staff and League volunteers statewide, including Dee Anne Finken, a retired journalism professor at Clark College and an active member of the League’s Clark County chapter. The project was overseen by Jonathan Brunt, the newspaper’s government editor.

Brunt said the section was produced to give voters confidence in the voting process and counter the persistent claims and falsehoods being circulated by the conspiracy crowd (my term, not his). “The guide answers basic questions about how voting works in our state as well as the processes officials use to help maintain the integrity of the election system,” Brunt wrote in an email.

When I looked through the content, I was impressed. It contains more than a dozen stories clearly explaining almost any aspect you can think of related to voting. How can you track your ballot to make sure it gets counted? A story tells you how. What about assistance for voters with disabilities? That’s covered. What about making voting more accessible to college students? Read all about it.

There is nothing political in any of it. It’s all civics, like you learned way back in high school but haven’t had to think about. We have been able to take free and fair elections for granted. Now some wish to destroy your confidence.

I hope you’ll take some time to go online and look through the section. It will reassure you that the American electoral tradition continues, with many built-in checks and balances to make sure no person or party can game the results.

Finally, I hope you will join me in giving no credence to what fringe groups say about election fraud. At least, not until a unicorn wins the Kentucky Derby.