WASHINGTON (AP) — The FBI’s unprecedented search of former President Donald Trump’s Florida residence ricocheted around government, politics and a polarized country Tuesday along with questions as to why the Justice Department — notably cautious under Attorney General Merrick Garland — decided to take such a drastic step.

Agents on Monday searched Trump’s Mar-a-Lago estate, which is also a private club, as part of a federal investigation into whether the former president took classified records from the White House to his Florida residence, people familiar with the matter said. It marked a dramatic escalation of law enforcement scrutiny of Trump, who faces an array of inquiries tied to his conduct in the waning days of his administration.

From echoes of Watergate to the more immediate House probe of the Jan. 6 Capitol insurrection, Washington, a city used to sleepy Augusts, reeled from one speculative or accusatory headline to the next. Was the Justice Department politicized? What prompted it to seek authorization to search the estate for classified documents now, months after it was revealed that Trump had taken boxes of materials with him when he left the White House after losing the 2020 election?

Garland has not tipped his hand despite an outcry from some Democrats impatient over whether the department was even pursuing evidence that has surfaced in the Jan. 6 probe and other investigations— and from Republicans who were swift to echo Trump’s claims that he was the victim of political prosecution.

All Garland has said publicly is that “no one is above the law.”

A federal judge had to sign off on the warrant after establishing that FBI agents had shown probable cause before they could descend on Trump’s shuttered-for-the-season home — he was in New York, a thousand or so miles away, at the time of the search. 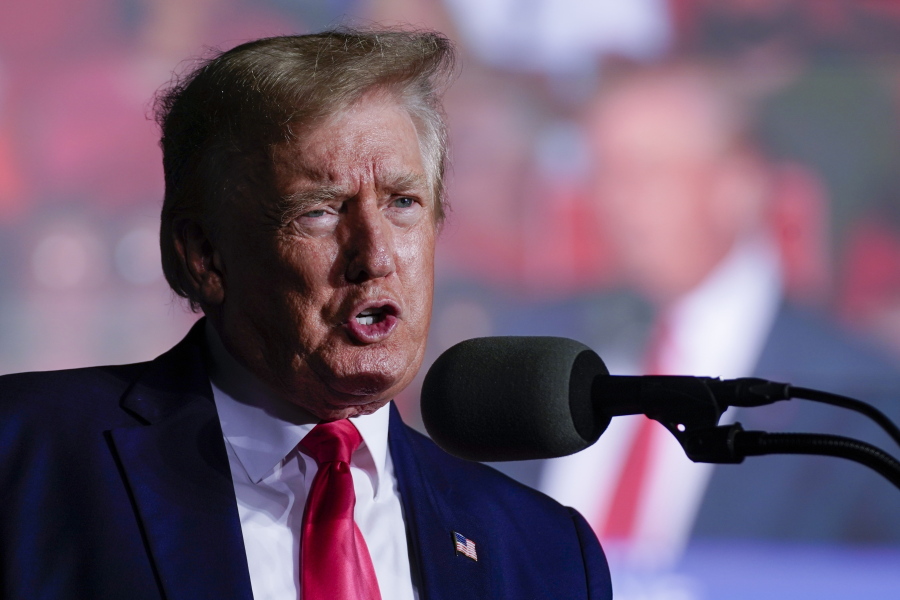 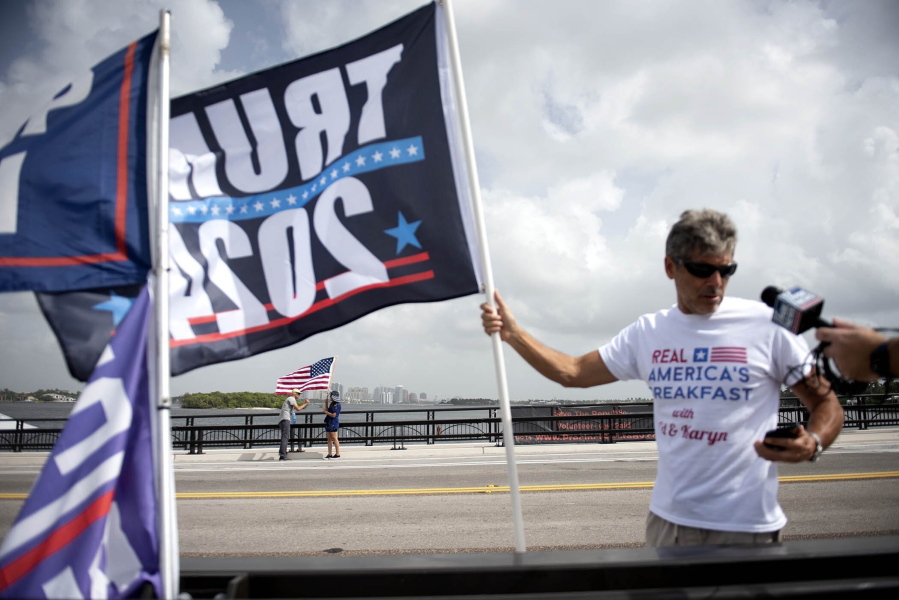 GOP rallies around Trump following FBI search of his estate
For much of the year, small cracks in Donald Trump's political support have been growing.

Monday’s search intensified the months-long probe into how classified documents ended up in boxes of White House records located at Mar-a-Lago earlier this year. A separate grand jury is investigating efforts to overturn the results of the 2020 presidential election, and it all adds to potential legal peril for Trump as he lays the groundwork for a potential repeat run for the White House.

Trump and his allies quickly sought to cast the search as a weaponization of the criminal justice system and a Democratic-driven effort to keep him from winning another term in 2024 — though the Biden White House said it had no prior knowledge and current FBI Director Christopher Wray was appointed by Trump five years ago.

Trump, disclosing the search in a lengthy statement late Monday, asserted that agents had opened a safe at his home, and he described their work as an “unannounced raid” that he likened to “prosecutorial misconduct.”

Justice Department spokesperson Dena Iverson declined to comment on the search, including whether Garland had personally authorized it. White House press secretary Karine Jean-Pierre said the West Wing first learned of the search from public media reports and the White House had not been briefed in the run-up or aftermath.

Jean-Pierre refused to say whether Biden wanted the attorney general to explain publicly the rationale for the search amid the concerns about politicization of the probe.

“The Justice Department conducts investigations independently and we leave any law enforcement matters to them,” she said. “We are not involved.”

About two dozen Trump supporters stood in protest at midmorning Tuesday in the Florida summer heat and sporadic light rain on a bridge near the former president’s residence. One held a sign reading “Democrats are Fascists” while others carried flags saying “2020 Was Rigged,” “Trump 2024″ and Biden’s name with an obscenity. Some cars honked in support as they passed.

Trump’s Vice President Mike Pence, a potential 2024 rival, tweeted Tuesday, “Yesterday’s action undermines public confidence in our system of justice and Attorney General Garland must give a full accounting to the American people as to why this action was taken and he must do so immediately”

Trump was planning to meet Tuesday at his Bedminster, New Jersey, club with members of the Republican Study Committee, a group headed by Rep. Jim Banks of Indiana that says it is committed to putting forth his priorities in Congress.

The FBI reached out to the Secret Service shortly before serving a warrant, a third person familiar with the matter told The Associated Press. Secret Service agents contacted the Justice Department and were able to validate the warrant before facilitating access to the estate, the person said.

The Justice Department has been investigating the potential mishandling of classified information since the National Archives and Records Administration said it had received from Mar-a-Lago 15 boxes of White House records, including documents containing classified information, earlier this year. The National Archives said Trump should have turned over that material upon leaving office, and it asked the Justice Department to investigate.

There are multiple federal laws governing the handling of classified records and sensitive government documents, including statutes that make it a crime to remove such material and retain it at an unauthorized location. Though a search warrant does not necessarily mean criminal charges are near or even expected, federal officials looking to obtain one must first demonstrate to a judge that they have probable cause that a crime occurred.

Two people familiar with the matter, speaking on condition of anonymity to discuss an ongoing investigation, said the search Monday was related to the records probe. Agents were also looking to see if Trump had additional presidential records or any classified documents at the estate.

Trump has previously maintained that presidential records were turned over “in an ordinary and routine process.” His son Eric said on Fox News on Monday night that he had spent the day with his father and that the search happened because “the National Archives wanted to corroborate whether or not Donald Trump had any documents in his possession.”

Trump himself, in a social media post Monday night, called the search a “weaponization of the Justice System, and an attack by Radical Left Democrats who desperately don’t want me to run for President in 2024.”

Trump took a different stance during the 2016 presidential campaign, frequently pointing to an FBI investigation into his Democratic opponent, Hillary Clinton, over whether she mishandled classified information via a private email server she used as secretary of state. Then-FBI Director James Comey concluded that Clinton had sent and received classified information, but the FBI did not recommend criminal charges.

Trump lambasted that decision and then stepped up his criticism of the FBI as agents began investigating whether his campaign had colluded with Russia to tip the 2016 election. He fired Comey during that probe, and though he appointed Wray months later, he repeatedly criticized him, too, as president.

The probe is hardly the only legal headache confronting Trump. A separate investigation related to efforts by him and his allies to undo the results of the 2020 presidential election — which led to the Jan. 6, 2021, riot at the U.S. Capitol — has also been intensifying in Washington. Several former White House officials have received grand jury subpoenas.

And a district attorney in Fulton County, Georgia, is investigating whether Trump and his close associates sought to interfere in that state’s election, which was won by Democrat Joe Biden.