Just before the COVID-19 pandemic sent the world into lockdown in 2020, Niles Haas reached out to his family for help. They did not have much of a relationship — he had struggled with addiction for years, and things had spiraled out of control since he tried fentanyl in 2019.

“I figured with all the things that were going on and how quickly it was happening and how fast my life was spiraling out of control, I had been thinking for some time …, ‘If I die from this, I at least want my family to know what was happening,’” Haas said.

At that point, dying from fentanyl was a serious possibility. In 2021, 51 people in Clark County died of a fentanyl overdose, according to Clark County Public Health data.

Haas dedicated himself to recovery and, after a lot of hard work and discipline, has now been clean for nine months. But the dangers of fentanyl pills, often called “blues,” continue plaguing many people he knows and loves.

“I’m not trying to make it sound like it’s the end of the world or anything,” he said. “But this fentanyl problem is only gonna get worse until we start pulling together and making some big changes.” 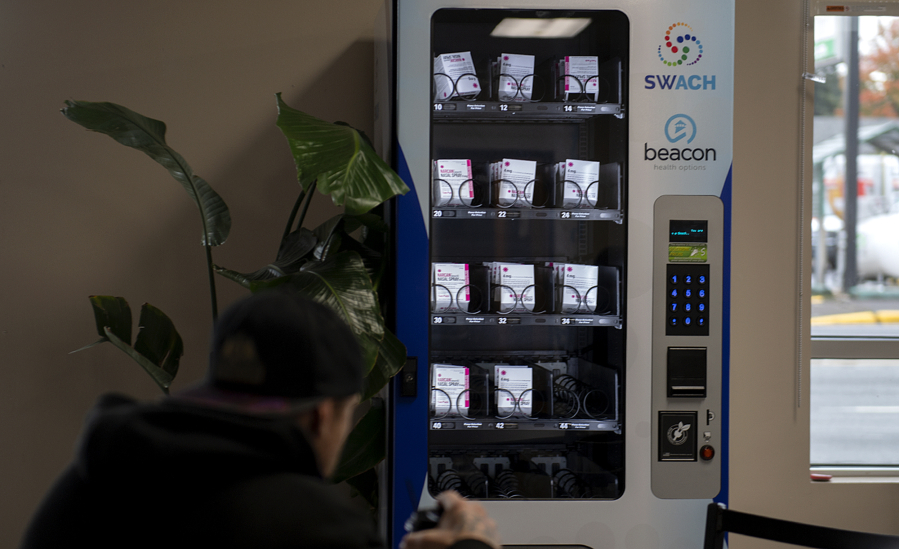 Services available in Clark County to combat fentanyl, other issues
Across Washington and the nation, illicit fentanyl use has dramatically increased since 2019. Clark County is no exception. 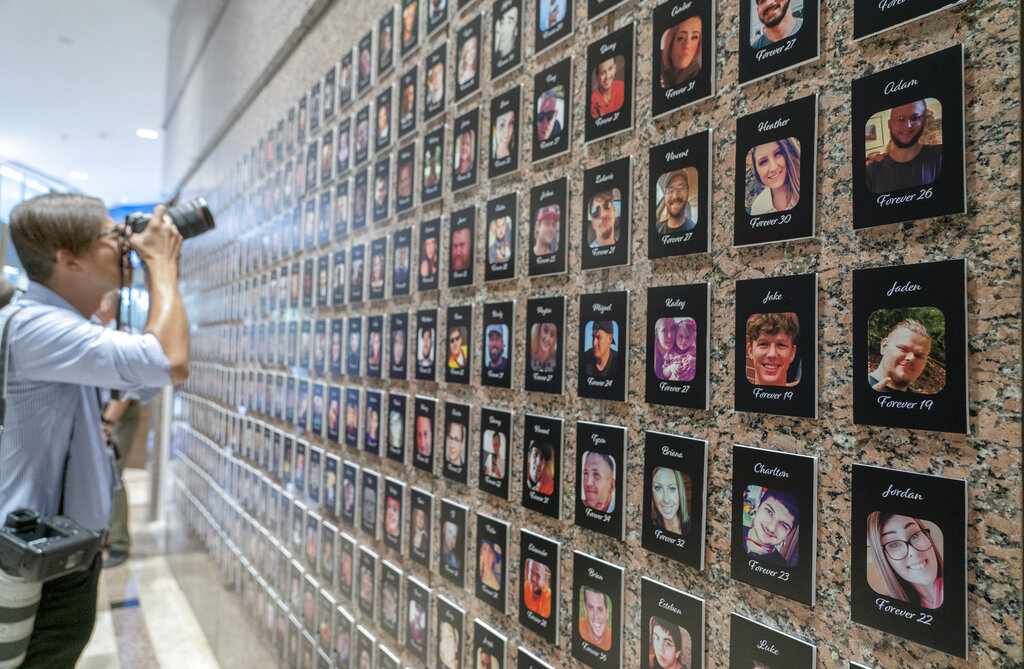 As fentanyl drives overdose deaths, mistaken beliefs persist
Lillianna Alfaro was a recent high school graduate raising a toddler and considering joining the Army when she and a friend bought what they thought…

Haas, now 27, was first prescribed OxyContin by his doctor in 2018. After spending years as a dancer, he struggled with chronic knee and back pain. Haas asked his doctor for something non-addictive for the pain, he said.

He was given a prescription for OxyContin and quickly became addicted, with easy access to refills.

“I think I always liked the way the opiates made me feel because there’s a lot of trauma that I went through growing up,” he said. “It was an out.”

By 2019, he was semi-regularly abusing OxyContin. He bought the pills illegally from a dealer.

One day, in the midst of experiencing withdrawal symptoms for the first time, Haas went to one of his dealers, who gave him what he thought was more OxyContin, he said.

But immediately after crushing the pill and snorting it, Haas said, he knew something was different.

“I was so high I was scared I was gonna die,” Haas said. “And it just tore my life apart so quickly.”

What he had thought was OxyContin was actually an illicitly manufactured fentanyl pill, he said.

Haas doesn’t remember much about the last two years. He lived with his girlfriend for a while before living in his car, which was soon after hit and totaled. He then spent months living on the streets.

Throughout this time, he was using fentanyl.

“It happened so quickly that I couldn’t even tell it was happening to me,” he said.

Aware of the dangers of overdosing, Haas always carried Naloxone, a drug that reduces the effects of an overdose. He had to use Naloxone multiple times, overdosing at least seven times that he can remember, he said.

“(It was) years of pain, and there’s just no promising you’re gonna make it out alive with something like this,” Haas said.

Haas kept using fentanyl. It hurt too much to quit. Withdrawal caused some of the most painful moments of his life.

Withdrawal felt 100 times worse than a typical flu, he said. He frequently experienced night terrors and weeks on end of little to no sleep.

For those who have never experienced withdrawal, he compared the experience to cellphone addiction.

“Just imagine putting away your cellphone. And all the times you think about grabbing it, you can’t grab it,” he said. “With fentanyl, it’s like wanting to grab your phone, but if you don’t grab it, you’re gonna get so sick that you’ll just do anything to get it.”

Haas entered a number of 30-day treatment programs, both inpatient and outpatient, with help from his mom, Lori Haas. Time and again, he relapsed.

His mom often found herself at a loss for what to do. “ There is no book,” she said. “Because if there was, I would have opened the book up and I would have gone right to that chapter.”

In the end, she came to accept that only her son could save himself. “He had to just come to that decision himself,” she said. “All that wanting I have isn’t gonna make him change. I can’t make him change.”

“When I first came to the XChange, I came in hot. Seven days in detox,” Haas said. “That’s not enough time to heal from something like fentanyl.”

Shortly after relapsing, he reached out again for help and met Lance Gayton, an XChange program supervisor who had struggled with opioid addiction since the age of 11. Gayton, now 42, has been clean for more than five years.

“I was telling Lance, I would really do anything,” Haas said. “I was willing to do whatever these guys said because it feels like I tried everything else.”

Following Gayton’s lead, Haas began to see how he could recover.

“That’s why peer support is so effective,” Gayton said. “Because we have that lived experience and we’ve come out on the other side. We can help individuals emulate something similar, depending on their goals.”

Gayton recommended sending Haas to a 30-day treatment program in Clallam County to separate him from his connections in Vancouver. This type of separation had worked for Gayton when he first got clean.

After the treatment, Haas returned to XChange, where he lived in one of XChange’s recovery houses with several other men in the program. He stuck diligently to the program’s structure, and finally, it worked.

“He’s so successful because he did everything that he said he would do,” Gayton said. “He followed it through. And he’s a miracle.”

Throughout his recovery, Haas has found success with medication-assisted treatment, which involves the use of drugs like Suboxone to normalize brain chemistry and ease withdrawal symptoms.

The concept of addicts using medication to heal, however, is not accepted by everyone. Before getting to XChange, Haas and his mom had trouble finding a long-term treatment center that allowed it.

“There’s this stigma that because there are people who have abused it, because it contains an opioid, that it’s just replacing something that you’re using. But that’s not even how Suboxone works,” Haas said.

Medication has helped stabilize his condition over time, making his recovery more sustainable, he said.

Now, Haas lives in XChange’s Heart Change House providing peer support for other men in recovery, just like Gayton had done for him. Haas noted that it’s still uncommon to find people with clean time off of fentanyl, because it’s such a new and powerful drug.

“I remember looking for some time, wanting a sponsor, just wanting somebody to tell me there was a way out of this in particular,” he said. “It would have really helped to have somebody that was like that.”

Haas hopes he can now be that person for others — proof that it is possible to move past fentanyl addiction. “If I could save somebody’s life by just giving them a warning,” he said, “I hope that there’s something that I can say to someone, even if it affects just one person.”