The organization accomplished this through local partnerships and funding sources, said Mercy Housing President Joe Thompson. Local health care system PeaceHealth provided the land as well as capital funding for the project. “That was critically important on a site that is an excellent location, close to jobs, close to transit, in a great neighborhood,” he said.

On the government side, Thompson said Vancouver’s Affordable Housing Fund created through a property tax levy is key to enabling affordable development in the area. The levy, approved by voters in 2016, raises $42 million over seven years to be used for affordable housing, shelters and rental assistance.

By leveraging tax credits and other funding sources, the $42 million fund has contributed to a total housing investment of more than $268 million, according to the city.

“That’s a significant return on that investment,” Thompson said. “The housing levy is not the largest piece of the funding pie, but it is often the one that makes the critical difference between whether a project is feasible in a community or not.” 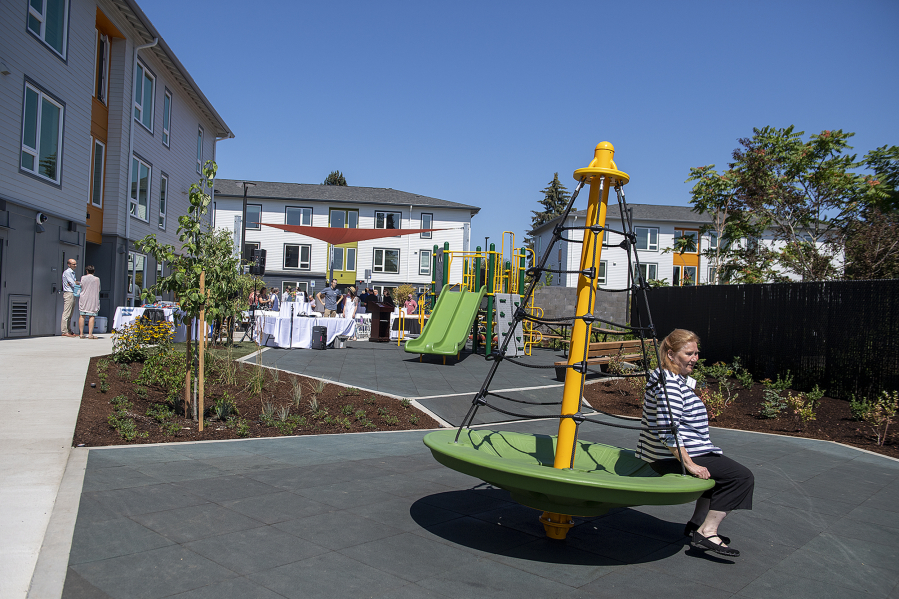 Similar levees in Bellingham and Seattle have enabled Mercy Housing to develop in those areas, too. The city’s fund is scheduled to expire in 2023 unless voters agree to renew it in February.

On a national level, Lisa Vatske, multifamily housing director at the Washington State Housing Finance Commission, supports lowering what’s known as the “50 percent test” to further incentivize development. Under the federal Low-Income Housing Tax Credit program, a developer can receive tax-exempt private activity bonds to cover a portion of a project’s development costs — if at least 50 percent of the costs are financed by the bonds.

Another approach to creating more affordable housing is changing local zoning policies to enable the development of larger multifamily units, as opposed to low-density zoning that is mainly used for single-family residential developments.

Vancouver took this step in June when its city council updated its zoning codes to allow more high-density housing development, among other changes aimed at increasing affordability and accessibility.

“Most of our communities are zoned 60 to 80 percent single family, and that doesn’t meet the income housing needs,” said Laura Hodgson, senior planner at the Washington Department of Commerce.

These zoning patterns, whether implicitly or explicitly, have historically functioned as a means to keep certain people out of communities, especially low-income people and people of color, Hodgson said.

The disparities continue today. While the nationwide homeownership rate among non-Hispanic white households is 74.6 percent, that of Black households is just 45.3 percent, according to the U.S. Census Bureau.

“We still know those disparate impacts exist, but we haven’t done much to really rectify them,” Hodgson said.

Now, Washington is taking steps to address these economic and racial inequities.

In 2021, the Legislature amended a statewide policy to require local governments to “plan for and accommodate housing affordable” to people of all economic levels. The Department of Commerce is guiding communities to meet these requirements. Local governments are in the process of implementing these changes.