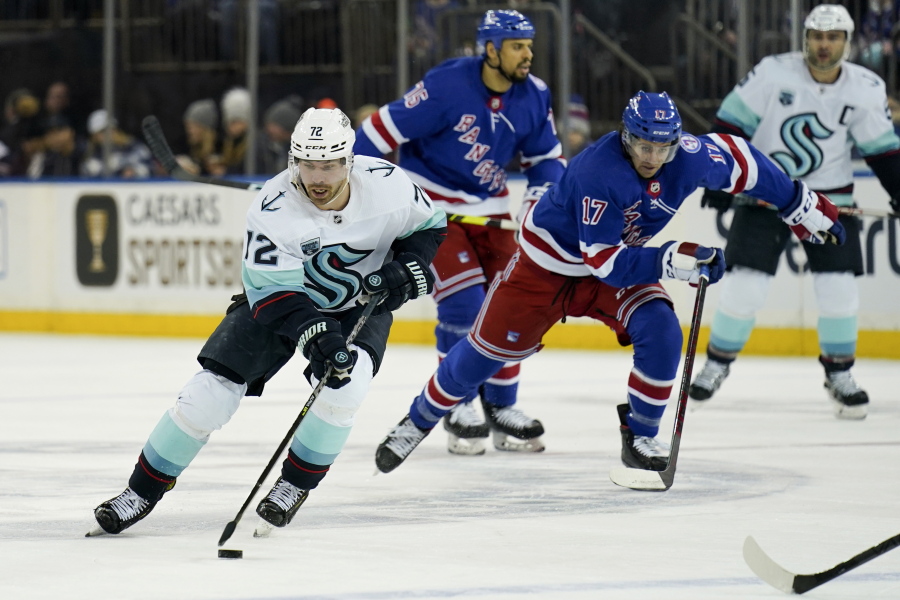 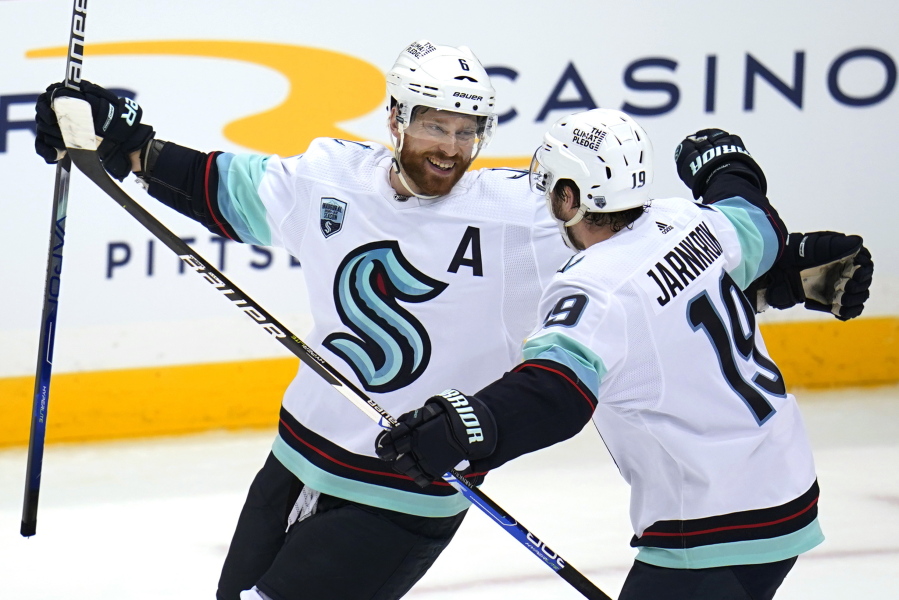 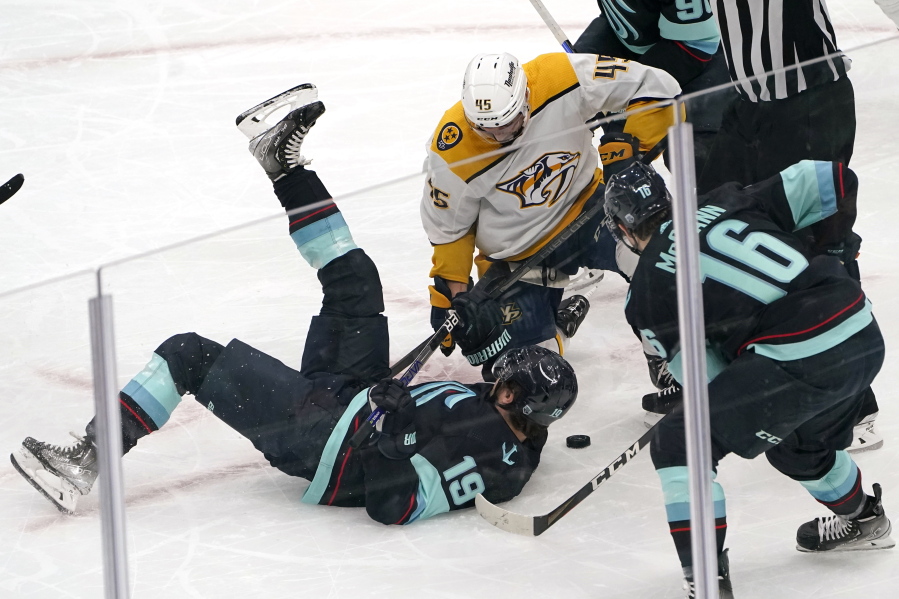 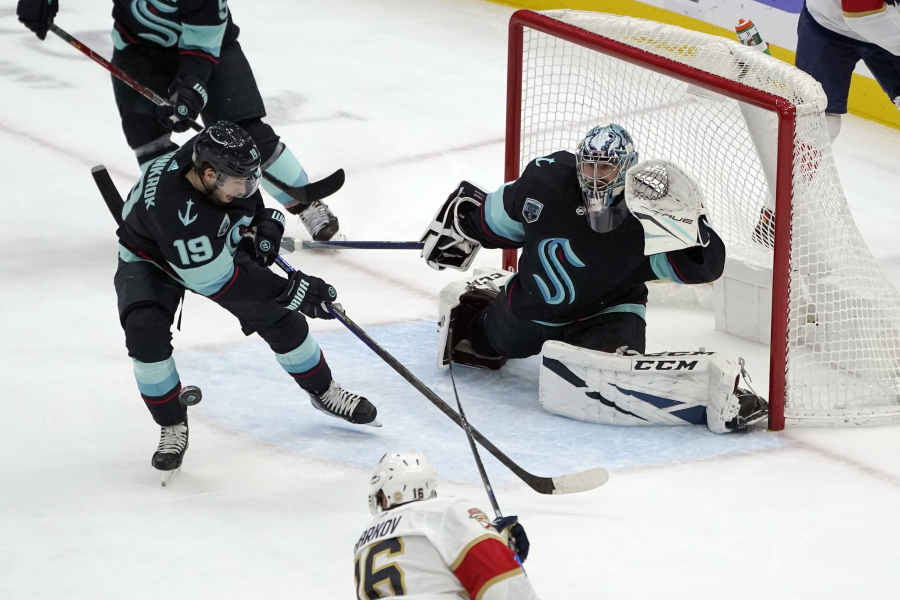 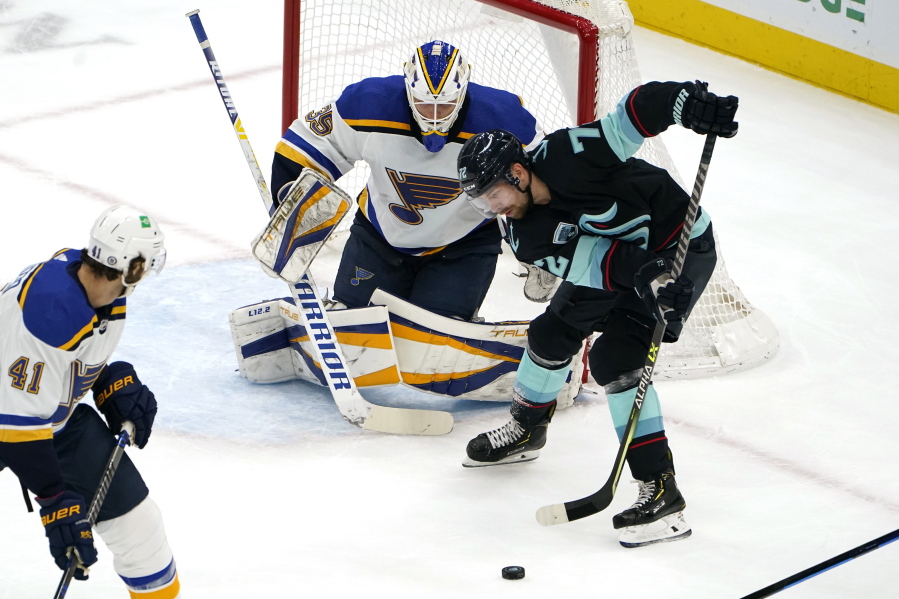 Kraken singing Blues after being shut out by St. Louis 5-0 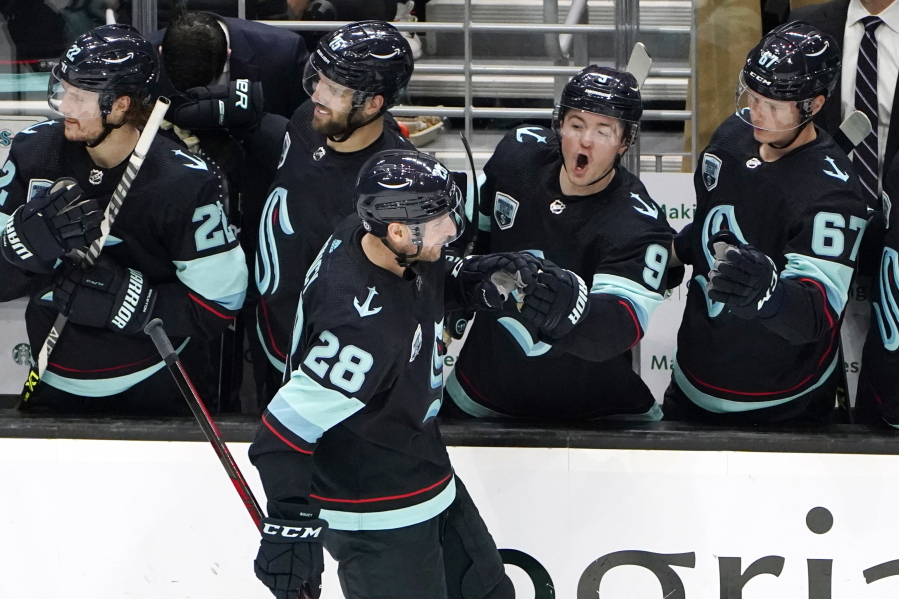 Carson Soucy had the first two-goal game of his career, Calle Jarnkrok scored in the third period and the Seattle Kraken beat the San Jose Sharks 3-2 on Thursday night. Read story 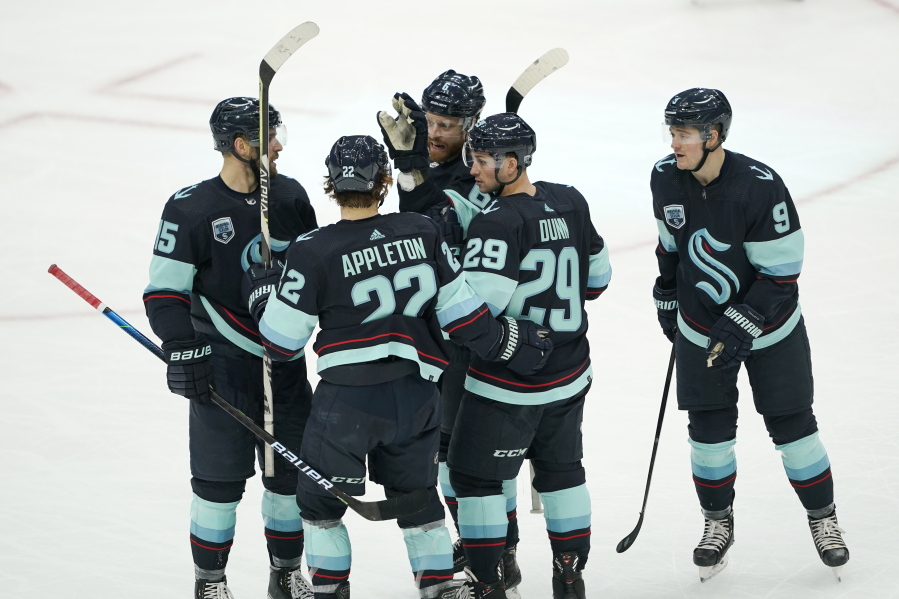 After a month of increasing frustration, it seemed fitting that Joonas Donskoi, who had yet to score all season, was the one to finally snap the Seattle Kraken's losing streak. Read story 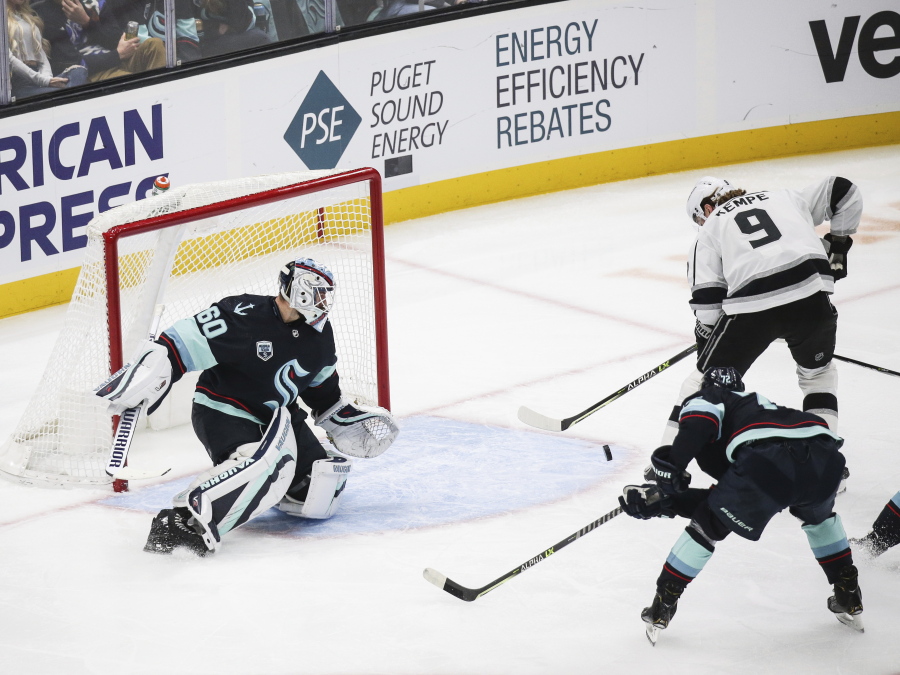 Blues come back to beat Kraken 2-1

Robert Thomas and Pavel Buchnevich scored in the third period as the St. Louis Blues came back to beat the Seattle Kraken 2-1 on Thursday night. Read story 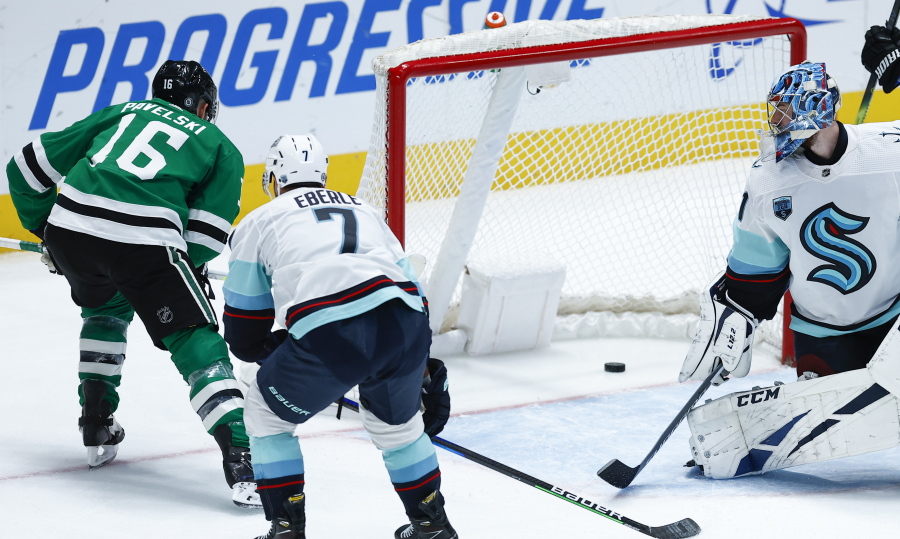 Pavelski has 5 points in Stars’ 5-2 win over Kraken

Joe Pavelski had two goals and three assists for his first career five-point game, Jason Robertson extended his NHL-best home point streak to 11 games and the Dallas Stars won 5-2 in their first meeting against the expansion Seattle Kraken on Wednesday night. Read story