Chardonnay poached salmon, stuffed portobello mushrooms, chicken andouille jambalaya and from-scratch clam chowder served in a flaky bread bowl. On any given day, these are just a few of the dishes found on the menu at The Quarry Senior Living in Vancouver.

“You hear all of these horror stories about retirement living, of heating up boxed frozen lasagna,” said Paul Lemke, Executive Chef at Silver Falls Restaurant, The Quarry’s full-service dining. “It’s neat that there are retirement communities out there that have broken away from that stigma.”

It’s safe to say that The Quarry is one of those retirement communities. Just ask Alice McPeak, a 90-year-old resident. She said that the restaurant played a big part in her recovery from a broken bone a few years ago that left her without an appetite. McPeak said she loves to eat and raves about the ossobuco, spaghetti with meat sauce and stuffed bell peppers – a meal she and her daughter-in-law often share together.

“They helped me get my appetite back,” she said. “The food is outstanding. It’s well flavored and good variety. You’ll always find something you like.”

The reason so many mouthwatering flavors and decadent combinations are regularly offered is because the residents and the entire kitchen staff get a say in what is served. Each resident, waiter and line chef is invited to attend a monthly food committee meeting where everyone is encouraged to voice their opinion and ideas about what the restaurant should make.

“I never miss one,” says The Quarry resident Kathy Womack. She gets a chance to say what she liked and what she wants more of. These regular meetings and the way they’re structured, she said, send a very clear message about the staff. “They really care. They care if you like it, they care if you’re eating healthy, they want you to like eating in the dining room. They want to hear the problems and they respond to them.”

During these meetings, Lemke learns about changes in residents’ dietary needs, wants for more of a certain kind of food and complaints about certain dishes. Lemke will share information from their food vendors, such as which vegetables are in season or what seafood is freshly caught. All of it, he said, inspires the kitchen staff to get creative with how to meet the needs and desires of The Quarry’s residents.

“We are constantly trying to come up with new items, use seasonal foods,” Lemke said. “It’s a whole team project, building these menus. Our chefs plan and think ahead. They watch the Food Network. They think about what meals they want to make during the shifts they are working. They put their heart into it.”

The results speak for themselves. The Dijon and has become a house favorite and residents say the cedar plank grilled steelhead and chicken potpie are both must-try. Holiday brunches are also something to get excited about, especially with specialties such as Belgian waffles with whipped Vermont maple syrup butter.

While the ability to be creative in the kitchen and have a say regardless of job title is a big perk to working at The Quarry, Lemke said that isn’t the only thing that’s kept him there for the past nine years.

Those connections, he said, is what makes his job so much more meaningful. “It puts a face to an order rather than just a ticket in the window,” Lemke said.

The same is true for Dining Services Manager Patrick Magee. He said that in other jobs, there’s more of a sense of needing to be on your best behavior. But at The Quarry, he calls residents by their first name and speaks freely with everyone he passes in the hallway. Residents ask about his golf game and he asks how their grandchildren are settling into college.

“I basically get to walk around and chat with residents and be myself, and that’s really lucky,” he said. And, he said, “I get the chance to make them happy with food.”

Magee, too, has been working at The Quarry a long time — since it opened 13 years ago. In fact, most of his staff has remained with the company for several years, which is quite the feat in an industry known for its high turnover.

There’s a feeling of family among the staff, Magee said, working together to plan menus and organize events. There’s always something to look forward to: the 4th of July corndog-a-thon or the annual gala with its beef tenderloin bites and a flambe station. Also, their Mother’s Day brunch and seafood brunch are both big hits. Magee said his favorite part of the job, though, is helping organize birthday parties for residents. Family is invited for a meal at the restaurant, tables are decorated and there’s always singing by staff.

Though, Magee said, even on an ordinary Tuesday the job gives him a chance to lift someone up. Because so much of life’s moments happen around meals, each time a resident sits down presents a new opportunity for a special memory.

“Food is one of those things that can make your day,” he said. “When you go out to eat, it’s an event. We have small little events every day in our dining room and they’re a really special thing to be a part of.” 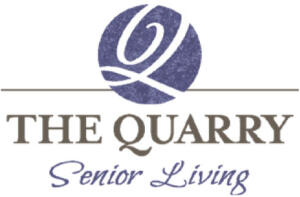