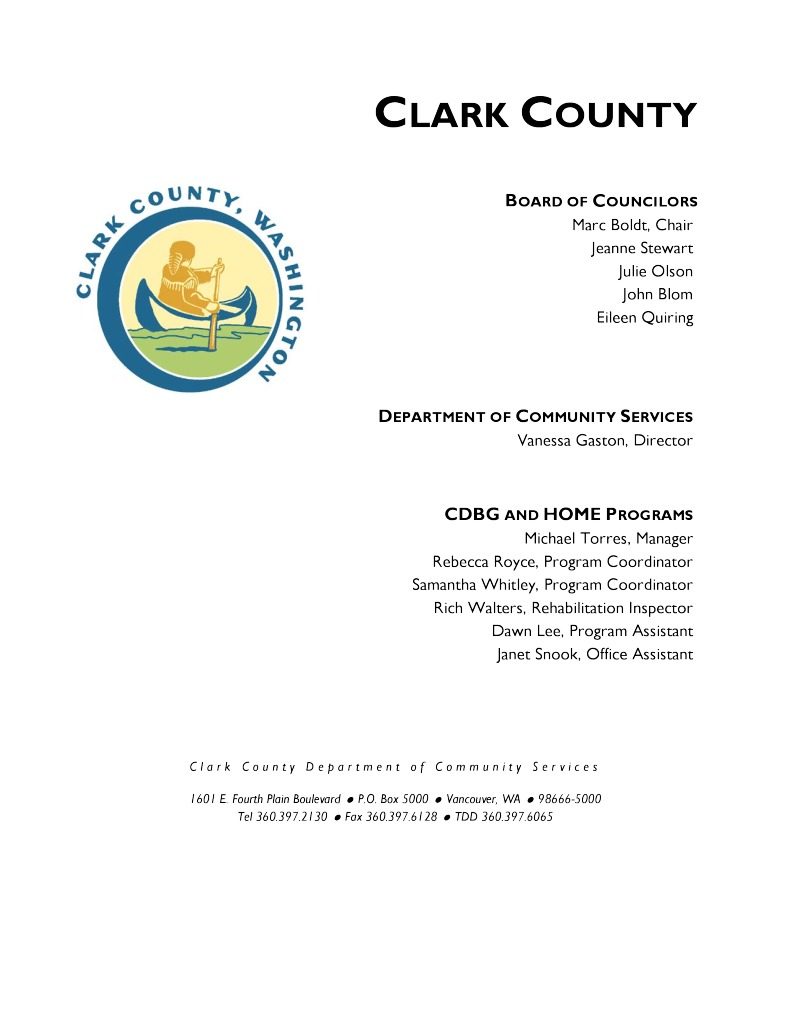 Barr, director of programs at YWCA Clark County, is heading to Washington, D.C., next month with YWCA USA to ask politicians to preserve the nonprofit’s federal funding streams. Supporters have been mailing out “postcards with purpose” that come with prewritten address labels for legislators.

Most of YWCA Clark County’s funding comes from government contracts. About one-third of those are federal, though the delineation between funding sources can get hazy.

“There’s a lot of connection between federal funding that is then dispersed to states that states then administer. So, even when we say state funding it’s unclear if there were substantial federal cuts how that would impact state funding,” Barr said. “I think in general we’re just aware that there’s a lot of uncertainty about the direction federal funding is going to take.”

Nonprofits such as YWCA and public agencies are all looking at potentially diminished funding that could result in fewer services or people served, whether that means not as many needy families secure affordable housing or their cash assistance checks do not stretch as far.

Barr is concerned not only about direct impacts to YWCA Clark County, but also partner agencies and other providers. The social service system is interconnected with organizations relying on the support or services of one another.

YWCA’s SafeChoice domestic violence shelter is owned and maintained by Vancouver Housing Authority. So, if the U.S. Department of Housing and Urban Development experiences cuts, how will that trickle down to the local housing authority and YWCA?

“It’s hard to know what to expect,” Barr said. “We try to plan, right? We try to have an annual budget. We try to have a sense of what we’re capable of providing for the community.”

While she is trying to avoid fear-based hypothetical conversations, not knowing hampers planning. Organizations like YWCA are in a holding pattern, advocating for continued funding of the services they render and waiting to see how it all pans out.

Though President Donald Trump’s budget is a proposal, not set in stone, there has already been fallout from anticipated cuts. YWCA had an arrangement with Vancouver Housing Authority where the agency would provide vouchers that subsidized the cost of housing for survivors of domestic violence for up to two years. While those who are currently using the vouchers can continue until the two years runs out, there are no new vouchers.

Vancouver Housing Authority aims to reduce the overall number of households receiving vouchers by 80 to 100 families through attrition this year. Although there is an open waitlist for vouchers that preferences homeless families with school children and households referred by the state’s Health Home system, no more new vouchers are being issued as of about six weeks ago. The agency is dealing with funding reductions for 2017, resulting in a deficit for its voucher program, and expects further cuts for 2018. Vouchers also cost more than they did in past years due to high local rents.

The federal budget was discussed at Wednesday’s board of directors meeting for Vancouver Housing Authority.

“It’s just scary to think about whether those proposed cuts get any airtime. They’re ludicrous,” Commissioner Joan Caley said.

Ben Carson, secretary of the U.S. Department of Housing and Urban Development, said in a statement: “This budget reflects this Administration’s commitment to fiscal responsibility while continuing HUD’s core support of our most vulnerable households. We will work very closely with Congress to support the critical work of our agency as we vigorously pursue new approaches to help work-eligible households achieve self-sufficiency.”

Vancouver Housing Authority estimates 200 to 240 fewer families would be housed if the funding reduction is absorbed solely through vouchers.

The Center on Budget and Policy Priorities estimates Trump’s budget proposals would result in Washington having 6,128 fewer housing vouchers, $21.2 million cut from public housing, $51.2 million less in Community Development Block Grant funding and nearly $18.8 million less for the HOME Investment Partnerships Program in 2018. Vancouver Housing Authority doesn’t have public housing anymore, so concern is focused on the future of Housing Choice Vouchers, otherwise known as Section 8, as well as the suggested elimination of CDBG and HOME.

Clark County gets about $1 million to $1.5 million in CDBG funding annually that goes toward community infrastructure; it’s relatively broad in what the money can be used for so long as it targets low-income populations. The county gets $400,000 to $600,000 annually through HOME that goes toward constructing or preserving affordable housing. In 2015 and 2016, the funds were used to house veterans and seniors; improve sidewalks, roads and parks; alleviate homelessness; and remodel a community kitchen.

Michael Torres, a program manager at the county’s Department of Community Services, said local jurisdictions would continue programming until money ran out. The money would not just disappear right away because the funding for already-approved projects is going to be used.

Projects that were proposed in December typically get funded in July or August.

She is particularly concerned about cuts to SNAP, which is called Basic Food in Washington, because it impacts the largest amount of people. The program is completely federally funded, and the proposed budget assumes that some states would take on a share of that cost, Roberts said. She’s unsure how Washington would absorb that cost.

Over $1 billion in SNAP benefits are given out annually statewide. In April, benefits averaged $115 million. There are about 526,000 families statewide using SNAP including 33,346 in Clark County. Cuts could result in lesser benefits.

The number of people receiving SNAP remains about twice as high as it was prerecession. Roberts attributes that to people being underemployed and having low-paying jobs that result in reliance on food stamps.

Cuts to TANF impact a smaller but needier portion of the population, she said. The program is for families with children who have less than $1,000 in resources. Often, they’re receiving food stamps, too. There are 64,251 people in Washington getting financial assistance through TANF, including 3,843 people in Clark County.

Roberts keeps in mind that Trump’s budget is the first offering and hopes “that we’re able to continue to serve those who need us.”

The Vancouver-based Council for the Homeless also is concerned about the future of safety net programs as well as subsidized housing.

“The budget reduction equates to far fewer households retaining or obtaining safe and stable housing through program assistance in an already challenging housing market. The budget also guts essential safety net programs that help households balance their volatile budgets and remain in stable housing,” Deputy Director Kate Budd said in an email. “If the president’s budget is enacted, more people will become homeless and more households will be teetering on the edge of homelessness without safety net options to access.”

The council has also sent out postcards to legislators relaying the statistics of homelessness in Clark County and the importance of continued funding.

“Without the proven programs that are now sadly in jeopardy, too many of our neighbors and fellow citizens will be denied access to the tools they need, to a hand up that helps them build better lives,” the nonprofit said. “Helping more people build and improve decent places to call home only serves to strengthen the fabric and economies of the cities and towns in which we all live and work.”

The federal budget will face months of negotiations prior to its Oct. 1 deadline that may result in President Trump’s suggested cuts being scaled back, changed or eliminated.