Scores and links to high school basketball games of Jan. 17 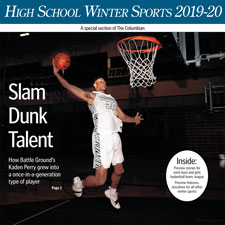 It’s a unique mix this season on the Washougal girls basketball team. With seven key players back from last season’s 2A state championship team, the Panthers have experience and talent. But with just one senior, Washougal is still figuring a few things out. Read story

Xavian Rushing scored 15 of his game-high 22 points in the first quarter and Gabe Anderson had 20 points to lead the Cougars to the 1A Trico League win at Castle Rock. Read story

Zyell Griffin scored 20 points as the Plainsmen improved to 12-2 overall and 4-0 in the 3A Greater St. Helens League. Read story