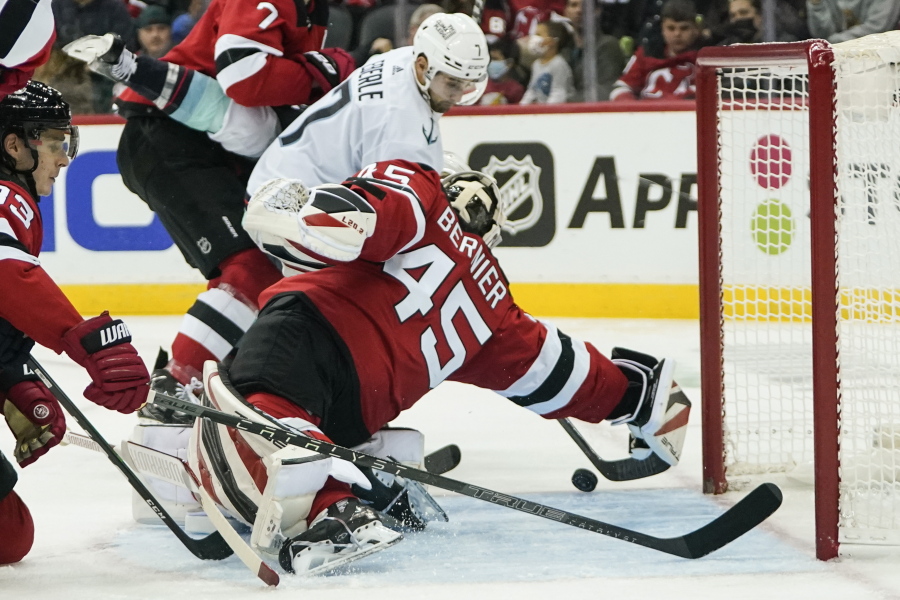 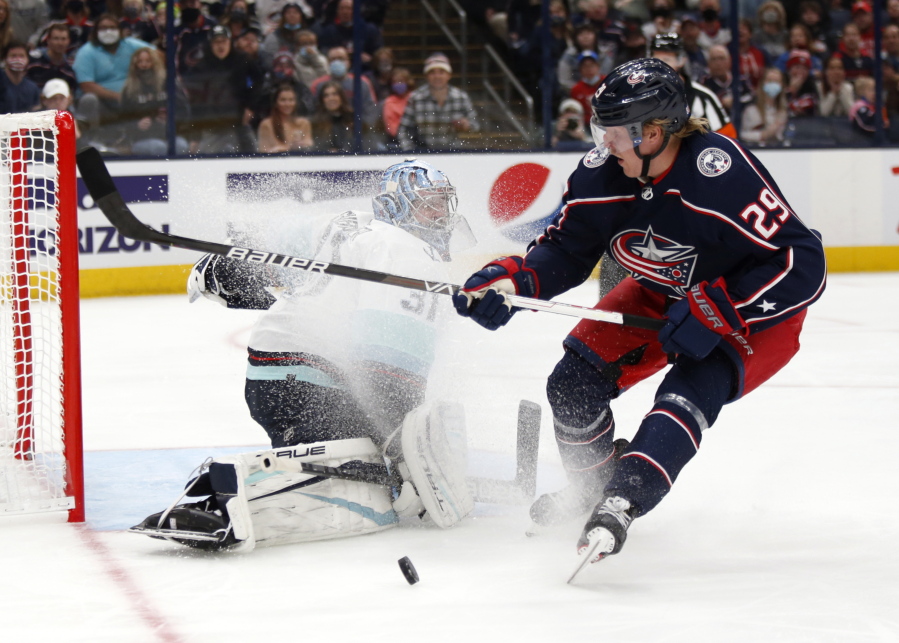 Unfortunate first as Kraken lose to Blue Jackets in overtime, 2-1

Patrick Laine scored at 2:16 of overtime to give the Columbus Blue Jackets a 2-1, come-from-behind win over the expansion Seattle Kraken on Saturday night. Read story 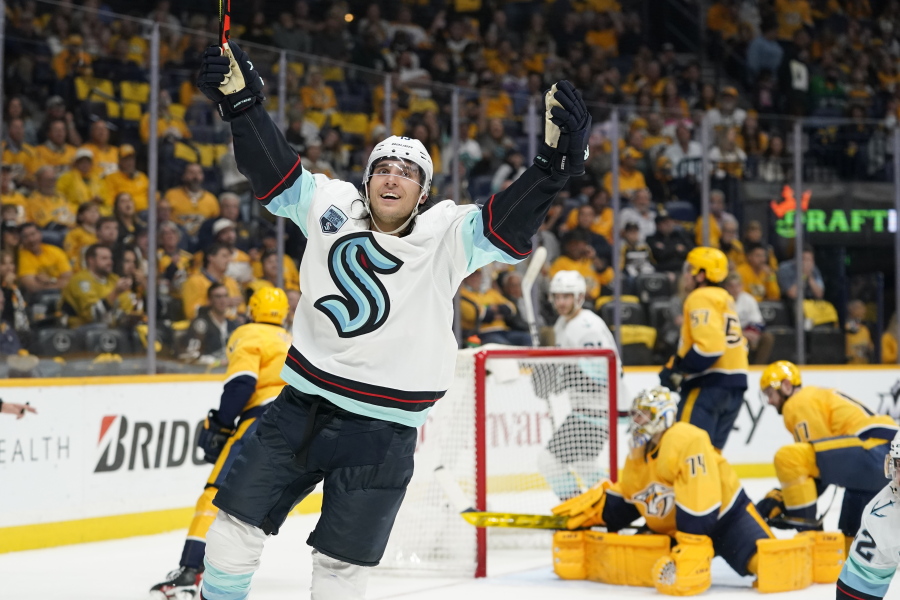 Brandon Tanev scored his second goal into an empty net with 1:21 left, and the Seattle Kraken beat the Nashville Predators 4-3 Thursday night for the first victory in the expansion franchise’s second game. Read story 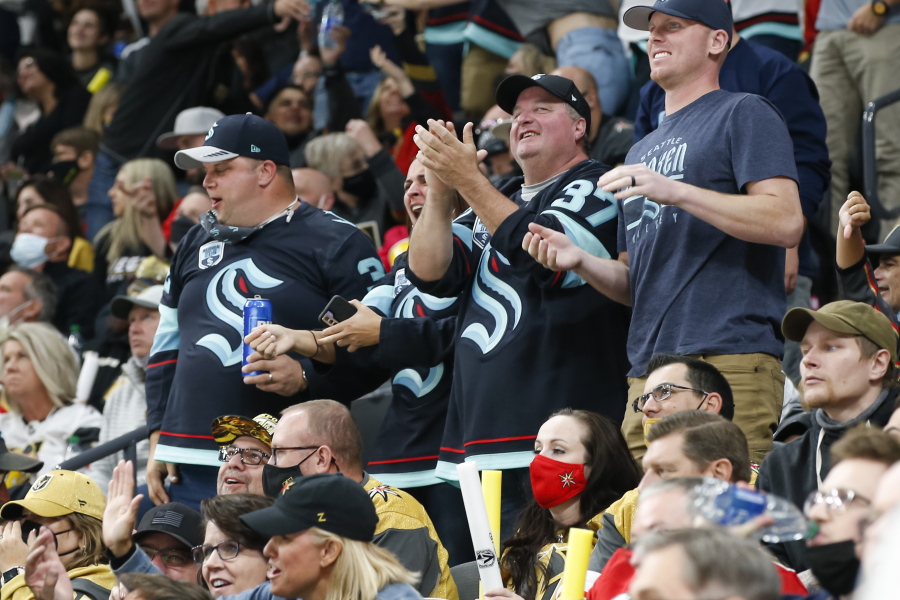 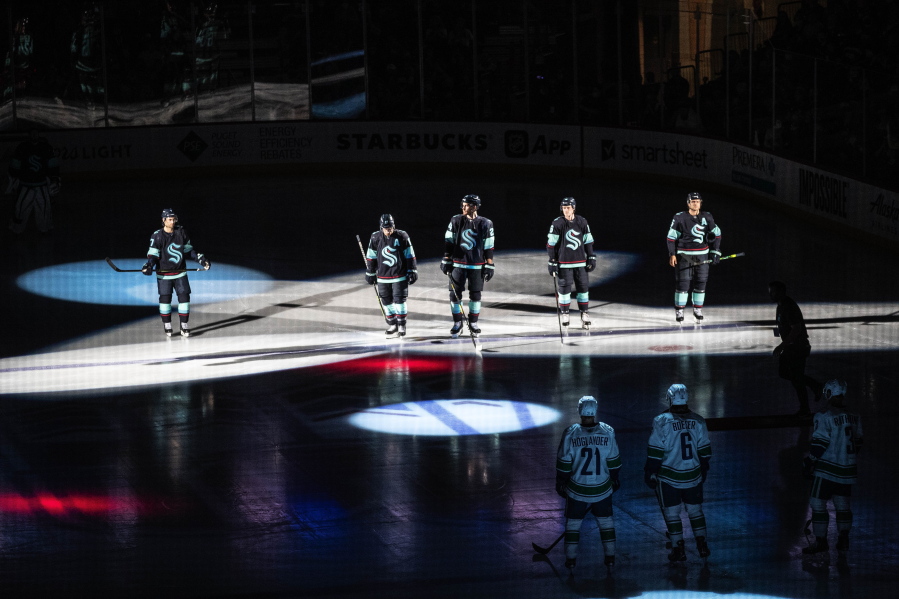 Kraken look to write own story during inaugural campaign

Whatever Seattle accomplishes in its first NHL season, there is genuine excitement and buzz about the release of the Kraken. Read story 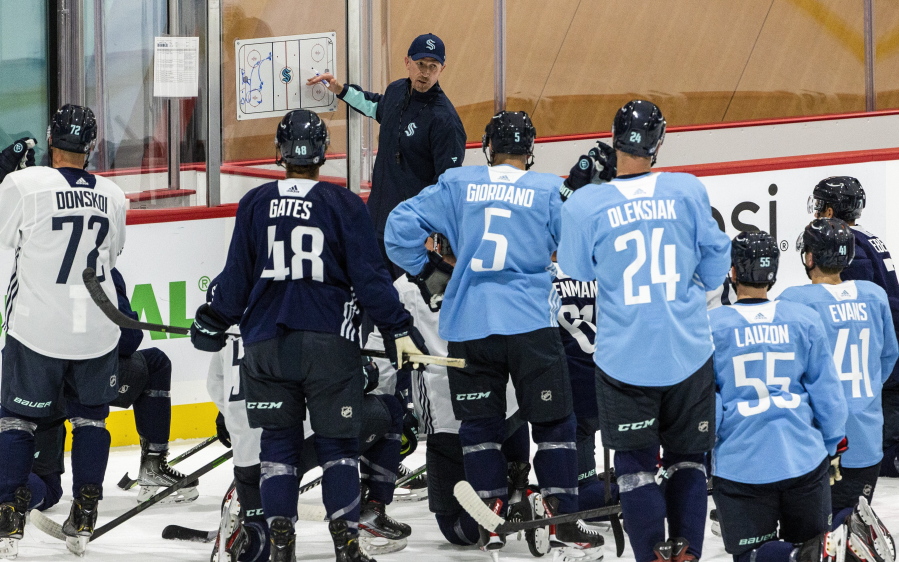 The Seattle Kraken’s roster hit the ice for the first time as a team with the start of training camp Thursday. It was the first step toward Seattle’s debut on Oct. 12 at Vegas and came exactly a month before the Kraken open their home arena against Vancouver. Read story 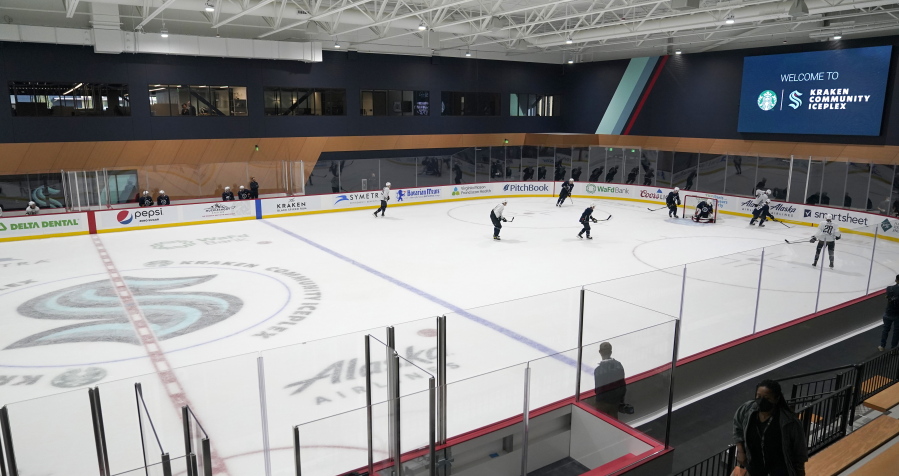 Another step toward Kraken debut as practice facility opens

Just as the invited guests were being welcomed inside Thursday morning, the main practice rink at the Seattle Kraken’s practice facility was already filled with the sounds of pucks being shot and skates on ice. Read story 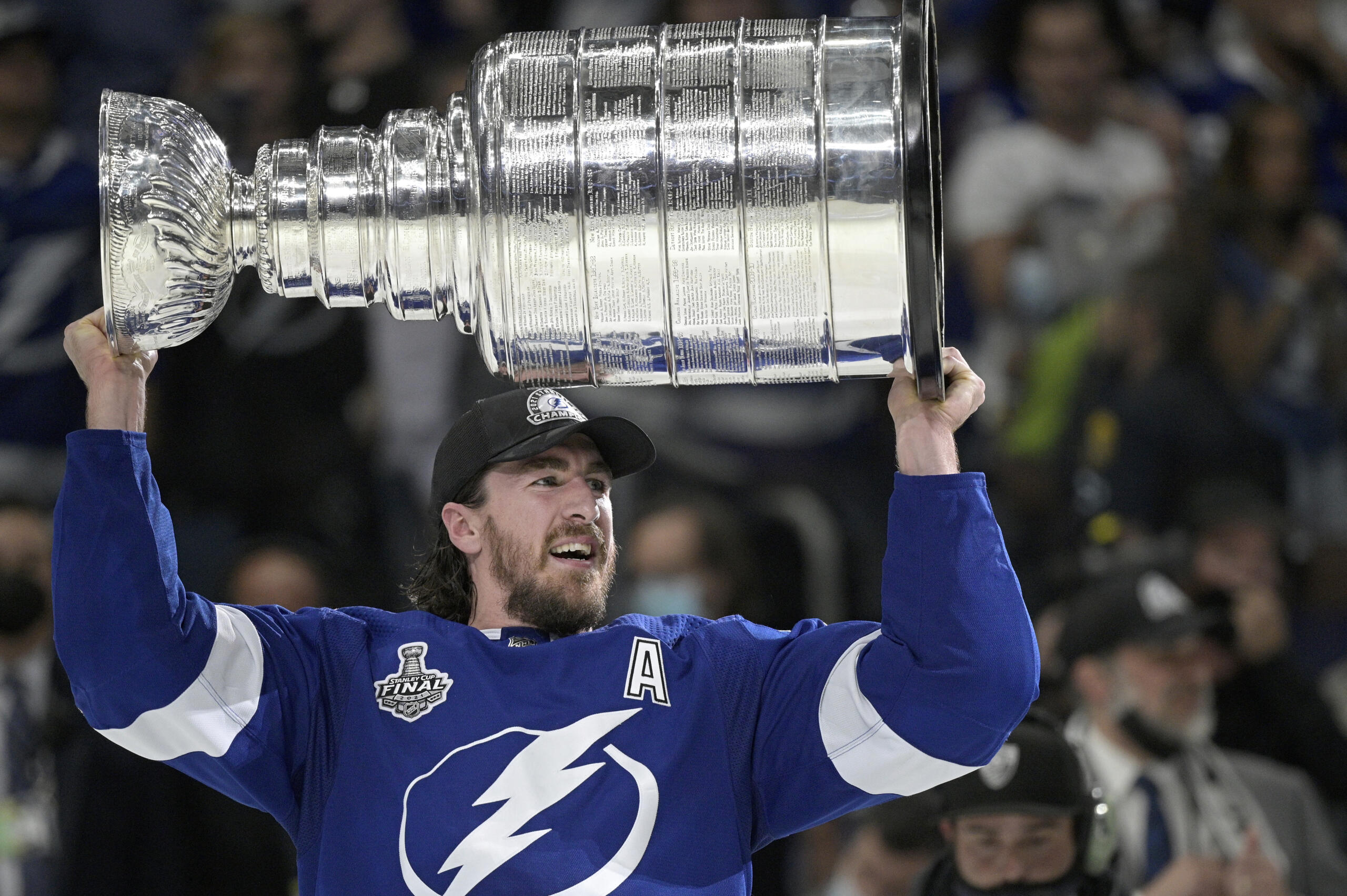 Stanley Cup trophy to be in Portland on Monday

The Stanley Cup will be on view from 5-6:30 p.m. Monday, July 26 at the Memorial Coliseum in Portland, and fans are invited to come see it and take pictures. Read story 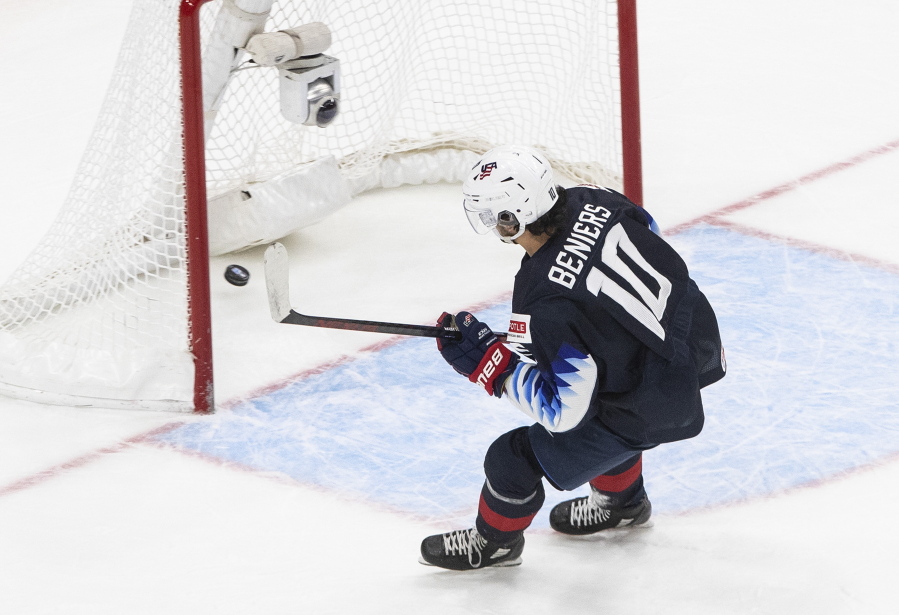 The Seattle Kraken found their potential center of the future with the first draft pick in franchise history. The expansion NHL franchise selected University of Michigan player Matthew Beniers with the No. 2 overall pick in the entry draft on Friday night. Read story 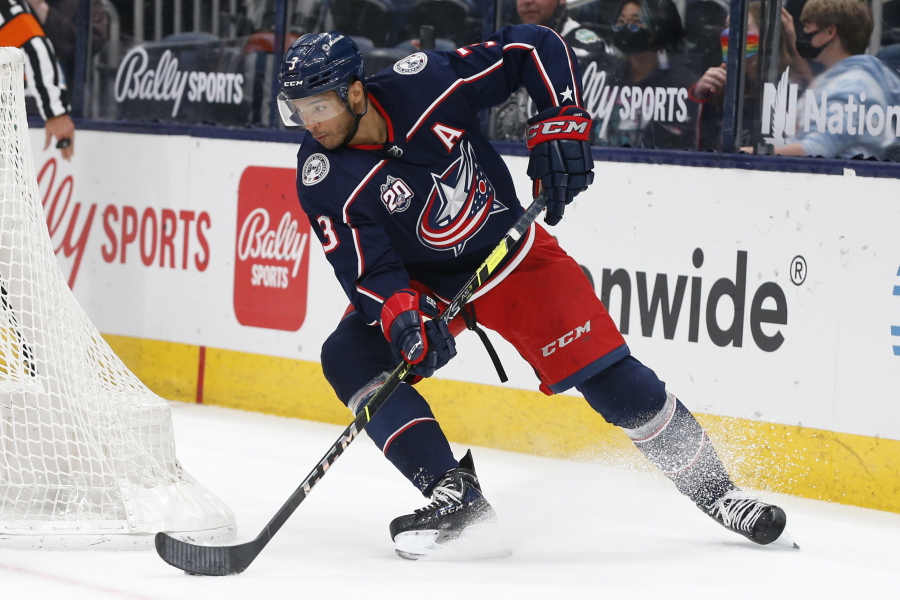 The Chicago Blackhawks acquired star defenseman Seth Jones, a former Portland Winterhawks standout, from the Columbus Blue Jackets before the NHL draft began Friday, according to three people with knowledge of the move. Read story