The inseparable bond between Stephani Kuykendall and her son, Mason, age 5, is immediately apparent. Their love for one another is so tangible that it’s very hard to imagine that they have ever been separated.

Yet as strong as that love is, Kuykendall’s drug addiction was almost as powerful. Twice she had Mason taken away from her when addiction triumphed. But today they are reunited. As determined as she was to win back her parental rights, Kuykendall agrees she could not have done it without resources within her own community.

“I found the right people, or they found me,” she says. “They stuck by me when I relapsed, and I know they will always be there for us.”

“They” included two advocates from Court Appointed Special Advocates (CASA); Mason’s foster care “mom”; and caring individuals from the treatment and justice systems. “I don’t know where I’d be today without them,” she says as she watches Mason race around the playground. “Mason is my whole life.”

When a child is removed from their home for abuse or neglect, the court appoints a CASA representative to advocate on their behalf. In Kuykendall’s case, a drug overdose led to Mason’s removal from her home. Sheryl Thierry, Clark County CASA Program Director, recalls how she first met Stephani at a family planning session.

“I was so impressed by her protective nature towards her son and her dedication for resolving the situation,” Thierry says.

CASA and a social worker recommended that Kuykendall enter Family Treatment Court, part of the state judicial system. The court accepts parents who are undergoing addiction recovery. It offers “wrap-around” services to reunite them with their children. Kuykendall’s rapid recovery soon convinced the court to allow Mason to leave foster care to live with her.

“Stephani came into Family Treatment Court acknowledging her addiction and not only how that had led to the removal of Mason from her care, but the impact her decisions had on him,” says Judge Jennifer Snider, who presided as a court commissioner over Stefani’s journey through Family Treatment Court. “She became a role model to others in the program.”

Mother and son were back together for more than two years. Then COVID struck. “COVID was tough on us,” she says. “We were totally isolated. I was getting unemployment, but because I was waitressing, I was only being paid half of what I made at work. The stress just built up, and last October, I relapsed.”

But her supports were in place this time. Mason returned to his original foster “mom,” a compassionate woman who wanted to see mother and son reunited. A new CASA, Laura Bullock, was appointed to advocate for Mason. She, too, was taken by the mother-son bond.

“She is a person who struggled with addiction. But above all, she is a mom,” Bullock says. “It is her determination, plus her supportive foster mom, plus her support from CASA and Family Treatment Court that reunited them.” This time, Kuykendall did not need to go through Family Treatment Court; she knew what to do. In short order, the court reunited mom and son. Her case is now closed.

As Mason cavorts on the playground, Kuykendall acknowledges she will always struggle with addiction. But that’s just part of her story. More than anything, she is a mother who loves her son. And because she lives in a community where people saw that about her, she and Mason are together today.

“She was a person who struggled with addiction. But above all, she is a mom.”

DO YOU WANT TO ADVOCATE FOR A CHILD AS A CASA? 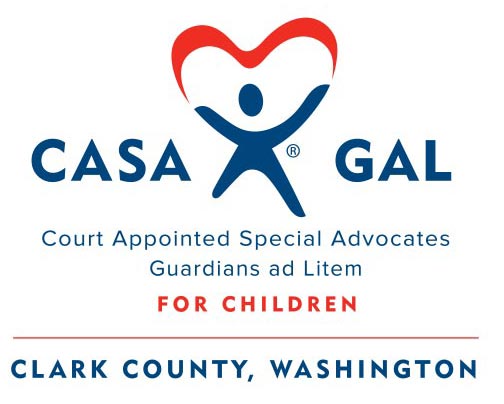