Among the most notable of the many changes that have reshaped The Waterfront Vancouver in the past year: People live there!

The development’s first two apartment buildings opened in December and June, respectively, and The Columbian reached out to a few of the residents to get their take on life at the waterfront.

Rediviva resident Michael Barrett and his family were among the first tenants, moving in as soon as the building opened in December.

“We rented it before we even could see it,” he said. “We were so confident that it would be great.”

They’ve had a busy first year, he said; the family ventures along the waterfront several times each week. They’ve been to all the restaurants, and quickly signed up to join the wine club at the Maryhill Winery tasting room.

One year at the Waterfront Vancouver 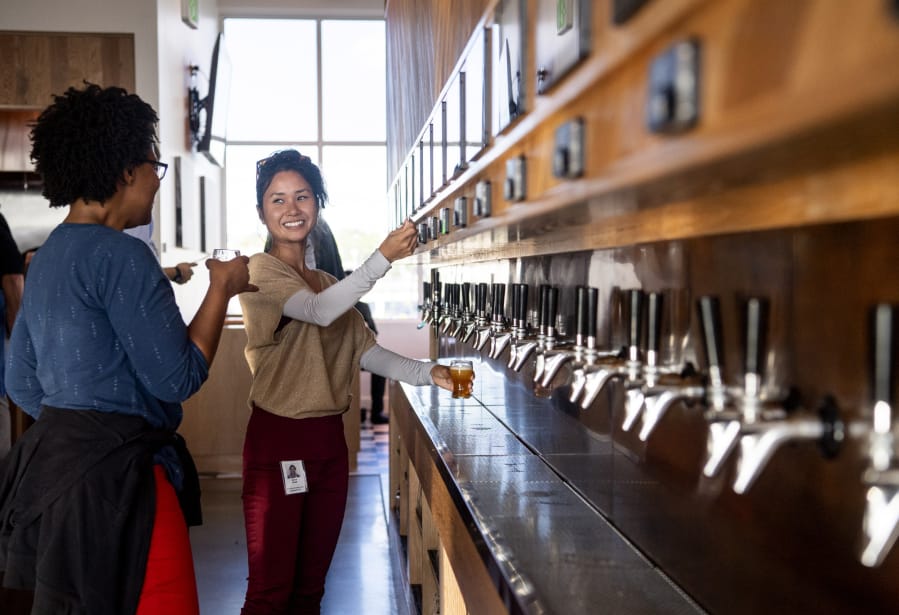 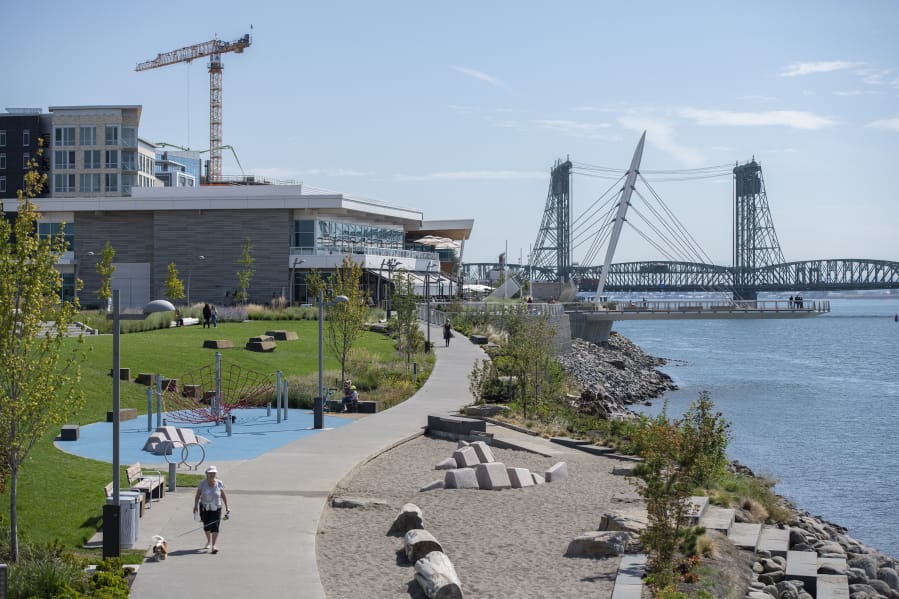 Waterfront Vancouver celebrates first anniversary of grand opening
One year ago today, an estimated 15,000 people gathered to celebrate the debut of Vancouver Waterfront Park and Grant Street Pier, the central features of…

The Barretts moved to the waterfront from West Linn, Ore., as part of a business relocation to Vancouver, and Barrett said the waterfront was an easy first choice of location due to the park, the restaurants, the trail access and, above all, the proximity to the river.

Next door at RiverWest, resident Deedee Hazen said she’s been impressed by the design of the district — both in terms of the building interiors and the outdoor landscaping full of walking paths along the river.

Hazen moved to the waterfront from the Slabtown neighborhood in Northwest Portland. She said she initially wondered if the waterfront would be able to match the bustling food scene along Portland’s Northwest 23rd Avenue, but she’s found herself venturing out about three nights each week to explore the waterfront’s restaurant lineup.

“I haven’t felt like I missed a beat at all,” she said.

Rediviva resident Kimberly Thornbury has been living at the waterfront for about a month, having relocated from New York City. She works at the M.J. Murdock Charitable Trust, in the building right next door to the Rediviva.

She said she’s enjoyed the beauty of Waterfront Park and the social atmosphere around the restaurants, which were on full display on Labor Day weekend right after she moved in.

“The waterfront was so full of people, in the best sense,” she said.

Another Riverwest resident, Holly Childs, moved from a Southwest Portland suburb. She said she was drawn because the park is an activity hub full of cyclists, dogs and people.

There’s one drawback that Barrett and Childs both pointed out: The waterfront can be noisy, particularly when airplanes pass. But Childs said her building is well insulated, and Barrett said the noise is outweighed by all the other features of the district.

The residents all said they are eagerly awaiting future restaurant and retail announcements, and they’ve got some ideas for what they’d like to see. For Hazen, the final pieces of the puzzle would be a coffee shop and a sushi restaurant — or maybe an ice cream parlor.

Barrett suggested a bigger dock to complement the one at nearby Terminal 1, allowing more river traffic to access the waterfront amenities.

Childs had one more suggestion: “I wish there was somewhere with music, somewhere you could dance,” she said.