HOCKINSON — “Change happens when something super uncomfortable makes people think,” Musse Barclay said. “You achieve your best by being tested.”

Barclay, a 17-year-old senior at Hockinson High School, has been living with that discomfort for years, and now he’s looking to share it with his conservative hometown.

Motivated by the killing of 17-year-old transgender Nikki Kuhnhausen — an incident that’s sparked significant outrage and soul-searching as well as a new state law — Barclay is the driving force behind Hockinson’s upcoming run of “The Laramie Project,” a play that follows reaction to the infamous 1998 murder of gay University of Wyoming student Matthew Shepard.

“The Laramie Project” aims to make audiences squirm as they recognize themselves onstage. When Camas High School staged the play in 2017, it drew a smattering of sign-wielding protesters — whose presence drew a much larger group of student counterprotesters in support of the play and of LGBTQ people in general.

Barclay isn’t one of them, but he’s experienced plenty of parallel pressures and prejudices, he said. He’s an Ethiopian native who was adopted and grew up in Hockinson. “I’m a black kid in a demographically nonblack community. I’ve experienced incidents with students and with adults,” Barclay said.

What: “The Laramie Project,” by Moises Kaufman and members of The Tectonic Theater Project; directed by Mussé Barclay and assistant-directed by Paige Frings.
When: 7 p.m. today, Friday and Saturday.
Where: Hockinson High School, 16819 N.E. 159th St., Brush Prairie.
Tickets: $7; $5 for students and seniors.

The color of his skin barely mattered during his early childhood here, he said, but as he grew older, the obvious difference between himself and most everyone else in town became an increasing factor in his life.

“Small-town life is beautiful, and you have the chance to be you,” he said. “But there’s also the chance, because of who you are, you’re going to get written off.”

There was no writing Barclay off when he got involved in Hockinson’s theater program. He’s been a leading thespian, onstage and behind the scenes, for his whole tenure here. He even played a very nonstereotypical Tevye, the proud patriarch and guardian of conservative Jewish tradition, in a recent Hockinson staging of “Fiddler on the Roof.”

“He’s one of our strongest and most dedicated theater students. He’s the kind of kid that thinks big,” said Hockinson theater adviser and English teacher Greg Saum.

Discovering “The Laramie Project” got Barclay thinking bigger than ever. When he suggested staging the play at Hockinson High School, it generated a variety of reactions, he said — from keen interest to flat-out fear.

Barclay was getting fearful about “The Laramie Project” too, when news broke that Kuhnhausen’s remains had been discovered near Larch Mountain — not far from Hockinson. A suspect has been charged with murder and with malicious harassment, a hate crime. It’s alleged that the suspect strangled Kuhnhausen after discovering she was transgender. (In recent weeks, the Legislature has approved the Nikki Kuhnhausen Act, which bans a defendant from claiming a “panic defense” based on discovery of the victim’s gender identity or sexual orientation.)

While being transgender is different than being gay, and both are different than being black, Barclay said, those groups all share the experience of being marginalized in mainstream white society. For Barclay and his peers at Hockinson, Kuhnhausen’s death changed “The Laramie Project” from a daring option into an artistic imperative.

“When I first read the script, I was scared to do it in this town,” Barclay said. “But a lot of the things people are saying in this play, I hear it in the hallways every day. We need to do this, right here.”

Saum said he has steered the fine line of facilitating the production while staying as hands-off as possible. It’s an entirely student-driven, after-school project that isn’t tied to the school curriculum or theater classes. Parent permission slips went home with all participants.

When Barclay approached Saum with the idea, “I told him as long as we had administrative approval and it’s done with the respect this play deserves, then he’s got my full support,” Saum said. “I’m advising him with the nuts and bolts of putting on a play … but otherwise I’m very much letting him make the choices. He’s the one directing it. He did all the auditions. He’s managing everything. It’s a huge task.” 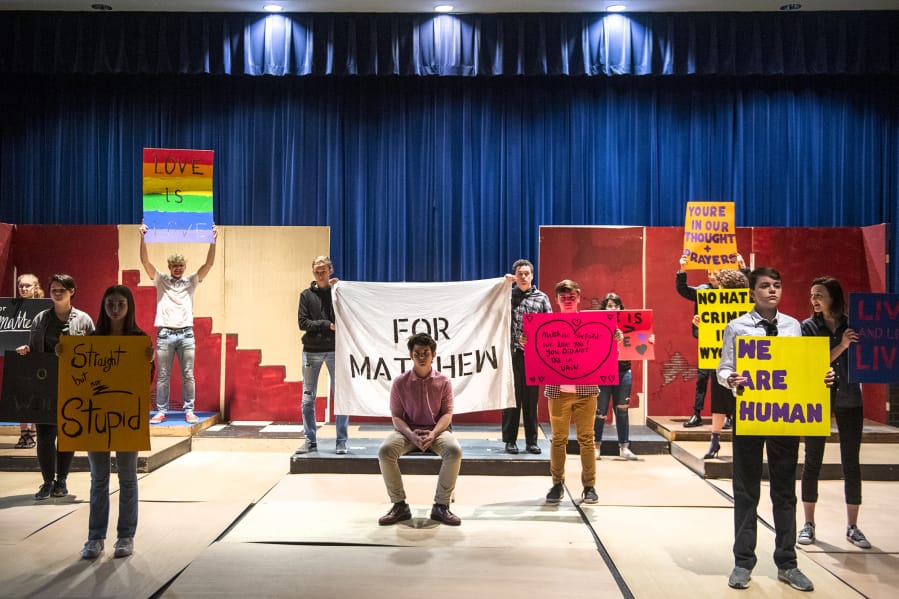 Audience meant to be uncomfortable seeing ‘Laramie Project’ at Hockinson High
“Change happens when something super uncomfortable makes people think,” Mussé Barclay said. “You achieve your best by being tested.” 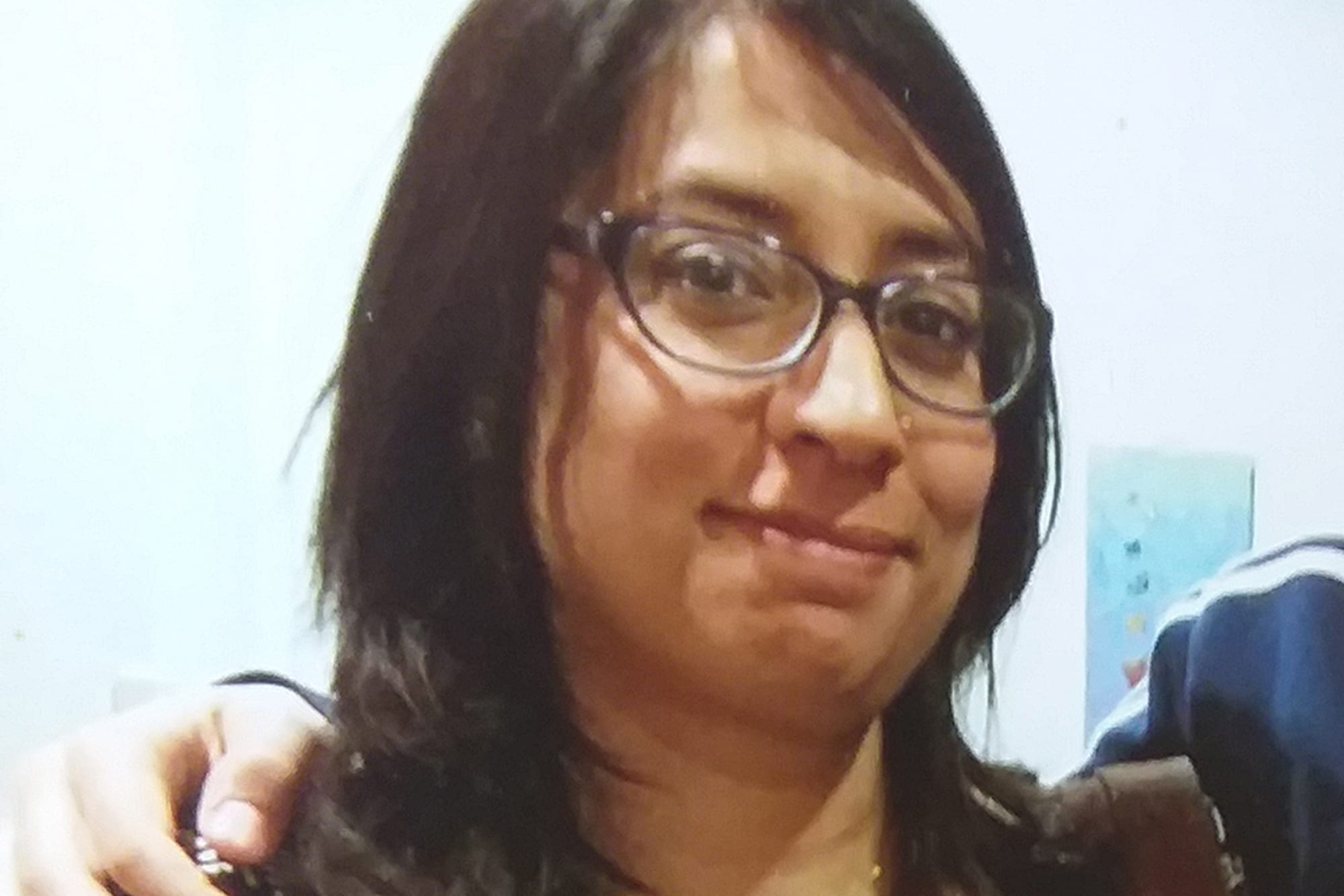 The sun always shines and the sky is always blue in Laramie, Wyo. People take care of the land and one another. It’s a live-and-let-live town where nobody cares which way you swing — as long as you keep it to yourself.

That’s how residents start out describing their hometown in “The Laramie Project.” The format of the play is a series of monologues and dialogues drawn from real interviews with people who lived in Laramie when Shepard was murdered. In the play, they’re just starting to realize that the place won’t be the same anymore — and maybe it never was what they believed it to be.

“If you would had asked me before, I would have told you Laramie is a beautiful town,” one resident says. “Now, after Matthew, I would say that Laramie is defined by an accident, a crime.”

The crime was no accident. The two young men who met Shepard at a bar, drove him out of town, tied him to a fence post and beat him nearly to death (he died days later of his injuries) were found guilty of murder and are serving life sentences.

Several characters in the play boast about their “tolerance” for homosexuality as long as it stays hidden; others find themselves struggling with new insights.

“I feel very connected to the message,” said actor Elli Seiff, a lesbian who portrays a lesbian in the play. “I’ve had a lot of awful things said to me about my identity. I’m very happy we’re doing this. It was a bold choice.”

“When I started a Gay-Straight Alliance club, people vandalized the posters,” actor Olivia Henwood said. But Henwood added that she’s been surprised at widespread support for “The Laramie Project,” even in some of Hockinson’s more conservative circles.

Actor Morgan Berg is a Hockinson junior and a member of The Church of Jesus Christ of Latter-day Saints. She said she always supported staging “The Laramie Project,” and so did her parents. While some members of her church might be scandalized by the play’s subject matter and realistically strong language, Berg said she knows Latter-day Saints who are gay. She’s pleased that many students from different religious and cultural backgrounds auditioned for and support the play, she said.

“I’m very proud of everyone who is working on this play,” she said. “We need to shed light on hate crimes and homophobia.”

Barclay said he’s especially proud of actors who are challenged to portray characters and philosophies they find repugnant.

“What I really love is actors getting into these characters who they really don’t like, or characters who are really struggling,” he said. “That’s really challenging acting and they’re taking it on so well. What matters most is the performance.”