Hundreds packed together Friday night for a candlelight vigil in memory of Kevin E. Peterson Jr. of Camas, a young Black man shot and killed by Clark County sheriff’s deputies on Thursday night.

Along Highway 99 in Hazel Dell, a crowd chanted “Whose streets? Our streets!” and “Black Lives Matter!” shortly before the vigil started at 7 p.m.

A group also quietly gathered at the back of the lot for the US Bank branch, 6829 N.E. Highway 99, the scene of the shooting. People lit candles in remembrance and left messages for Peterson, 21. The fence at the back of the lot was adorned with Black Lives Matter signs and others that read “Scream His Name” and “Stop the Lynching.” By 7:15 p.m., the crowd there had grown to hundreds of people, with more on the sidewalk along the highway.

There was also a collection of people, some armed, standing away from the vigil crowd, waving American flags and pro-President Donald Trump flags. A group of counterprotesters lined the sidewalk in front of the Hazel Dell Fred Meyer down the street from the vigil. Photos and video shared on social media showed people holding Trump and Blue Lives Matter flags.

The shooting, which prompted an early-morning demonstration by a group of protesters, occurred shortly before 6 p.m. Thursday in the bank parking lot. The branch has been closed for months because of the pandemic and is slated for permanent closure.

Among the crowd Friday night was Clark County’s Jarrett Byrd who said he attended the vigil primarily to show support and solidarity in grieving the loss of a 21-year-old American.

“There’s a lawlessness in our law enforcement,” he said.

“I wish Mr. Peterson didn’t have to die for (a Black Lives Matter gathering) to happen here. We should protest and voice our dissent, just like they’ve been doing in Portland,” said Byrd, a Black man.

Clark County Councilor Temple Lentz, who attended the vigil, expressed her condolences for the family on Twitter.

“Candles raised as people repeat his name. ‘Amazing Grace’ through speakers. Condolences to those he left. Please everyone stay safe and don’t engage the antagonists across the street,” she tweeted.

As of 8:30 p.m., organizers had just begun addressing the crowd.

Several speakers said they’re tired of having to chant more and more Black people’s names. They said they are tired of a lack of justice and transparency from law enforcement, and said there is a need for community togetherness.

Organizers said the family had expressed a desire to keep the vigil peaceful. However, some skirmishes between those in attendance and counterprotesters broke out during and after the vigil.

After speakers finished up, some people began milling about on Highway 99. People and cars blocked the road at the intersection with Northeast 68th Street, and just north of the vigil, cars lined the highway. But the crowd largely dispersed.

There did not appear to be any police presence at the vigil.

Sheriff Chuck Atkins said at a press conference Friday afternoon that the incident began as detectives were conducting a narcotics investigation in the area. A foot pursuit ensued where deputies were chasing a man with a firearm, Atkins said. The man reportedly fired his weapon at the deputies, who returned fire, he said.

However, additional information released an hour before Peterson’s vigil, did not say if the man fired a weapon. Investigators said a Glock model 23, 40 caliber pistol was found near Peterson. 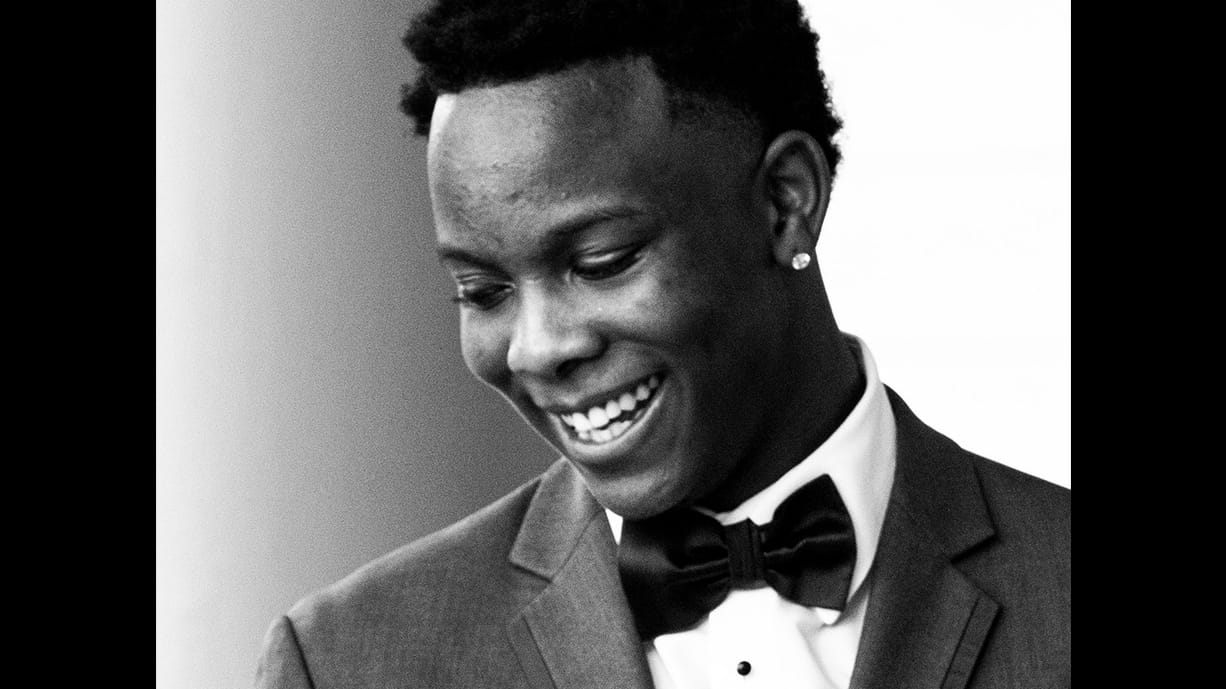 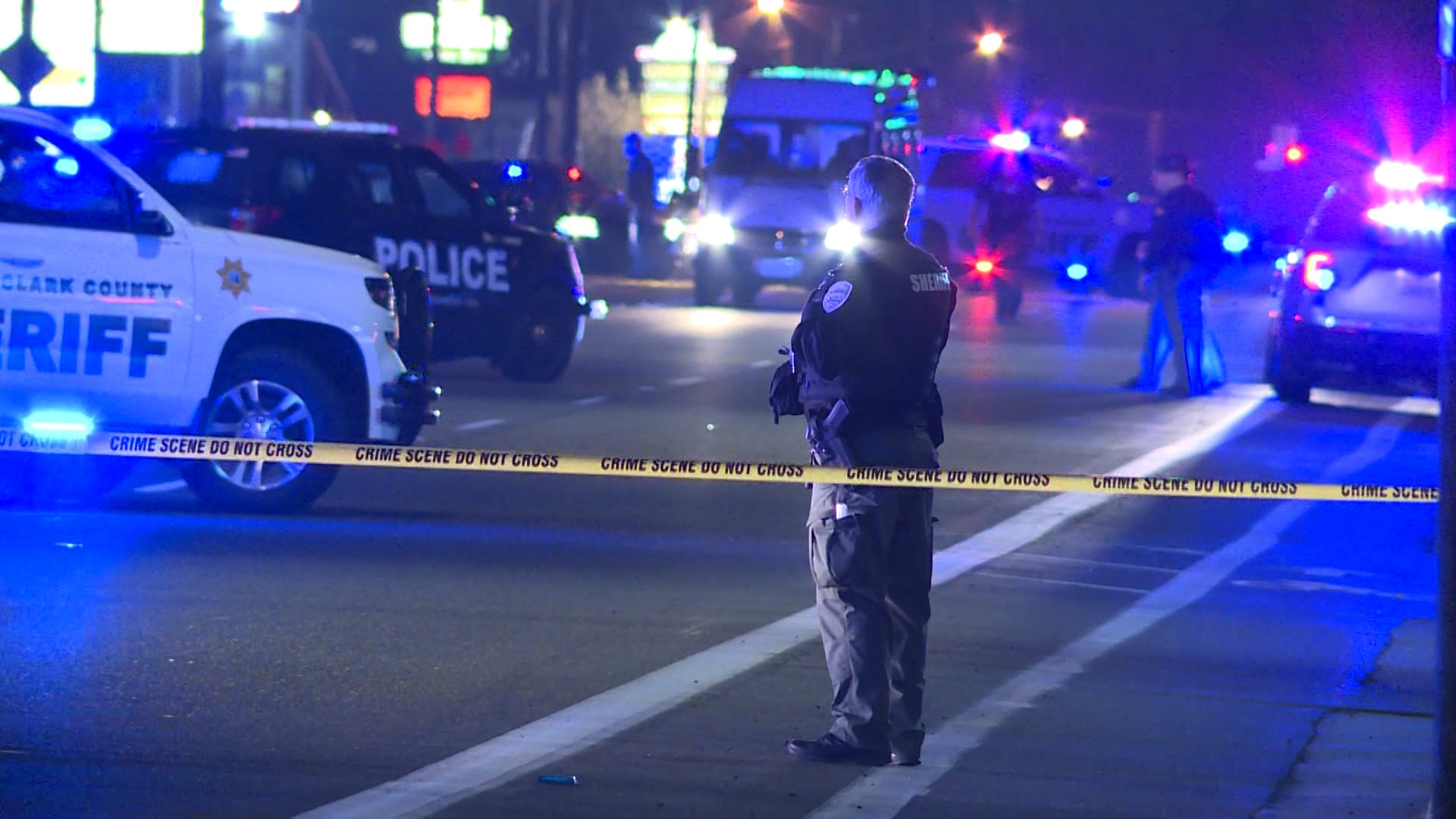 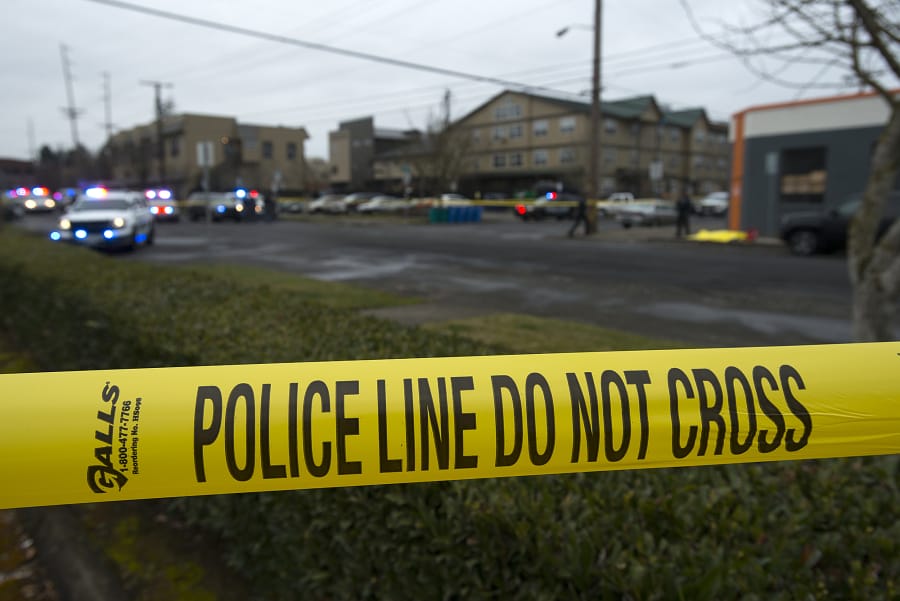 Three deputies had fired their weapons; all deputies involved in the incident have been placed on administrative leave, which is standard protocol for police shootings.

Witness Joseph Webster, who was working nearby at the time, said police told him that Peterson had fired a gun at officers, but he said he had not seen that from his vantage point, only the man running away and being shot.

A GoFundMe account created by Peterson’s family had raised more than $8,000 as of 9 p.m. Friday.

Peterson’s father wrote on the fundraising page: “He was a happy young man with his whole life ahead of him and now he’s become another face of racial injustice.”