Fireworks sales for Fourth of July begin Monday in unincorporated Clark County, though a recent heat wave and drought conditions have raised concerns.

The county’s fireworks laws, which were updated ahead of the 2019 summer holiday, allow sales between June 28 and July 4. They can be discharged between 9 a.m. and midnight on the holiday.

Using illegal fireworks, or any type outside of permitted times, can lead to a $500 civil fine for first-time offenders in unincorporated areas of the county.

Vancouver, for instance, has banned them, while Washougal allows only Class C fireworks — ones that travel no more than 1 foot into the air or spray sparks no more than 6 feet above the ground. La Center and Ridgefield banned the use of fireworks Friday due to heat and fire danger. 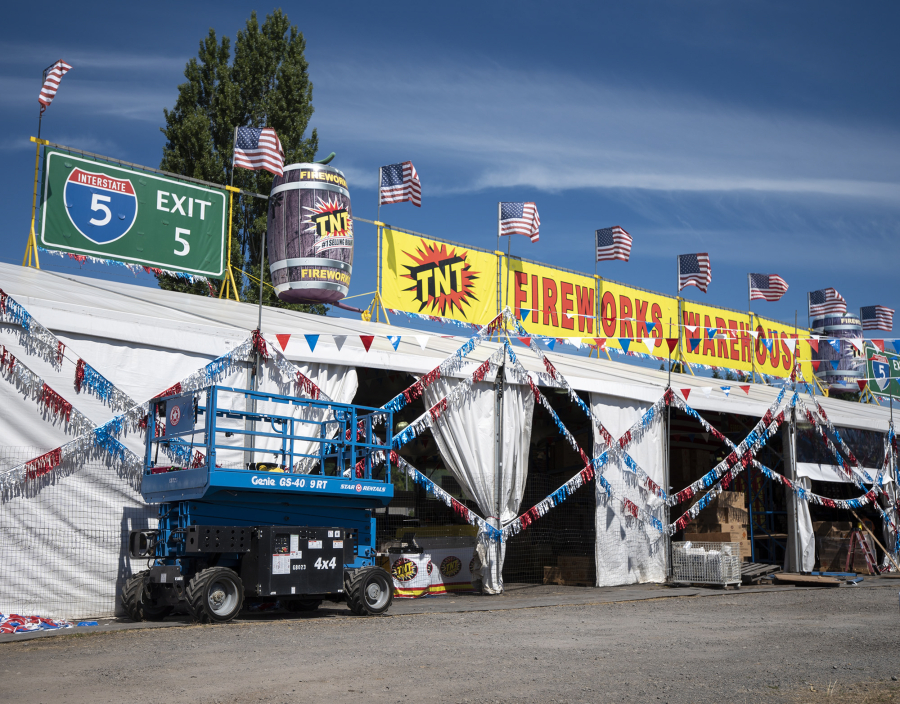 In Clark County, fireworks fight fizzles – for now
Fireworks laws in unincorporated Clark County will likely remain unchanged for at least the next couple of years, following political and electoral jostling over the…

Clark County is under a drought advisory, and temperatures have approached 100 degrees or broken records in recent days, prompting concerns of fire danger.

“We’ve experienced an unusually dry spring this year, and hot weather is in the forecast,” County Fire Marshal Dan Young said. “It is vital that anyone using fireworks do so safely.”

Young said that his office will have six employees patrolling for fireworks violations in unincorporated areas each night from Monday through July 5.

Under Clark County Code, the county council chair has the ability to prohibit discharge and sale of fireworks during periods of extreme fire danger. In consultation with the fire marshal, the council chair can implement a ban when certain thresholds are met as reported by the state Department of Natural Resources.

During a council time meeting on Wednesday, councilors indicated that they would like to speak with Young this week to hear an update about conditions ahead of the holiday.