SEATTLE — In the fall of 2010, Anthony D’Amico was an undergraduate student studying abroad when he explained to German students that he’d have to take out thousands of dollars in debt if he went to law school.

“I remember two people being really shocked,” D’Amico said. “Like almost laughing at the absurdity of it.”

Twelve years later, D’Amico has about $46,000 in federal student loan debt. It’s not from law school — in 2021, he got his master’s degree from the University of Washington and now teaches history at Lincoln High School in Seattle.

On Wednesday, D’Amico learned that President Joe Biden is canceling up to $20,000 of federal student loan debt for Pell Grant recipients, and $10,000 for all others, if they make $125,000 or less a year. The move fulfills a campaign promise and could affect hundreds of thousands of recent Washington college graduates who took out loans to go to school.

It’s good news for D’Amico, 34, because it chips away at his monthly student loan payments. But he still has a lot more to pay and was disappointed to see Biden stop at just $10,000.

U.S. has piled up $1.6 trillion in student loan debt. How big is Washington’s share?
As President Joe Biden has announced his plan on Wednesday afternoon to cancel up to $20,000 of student loans for federal borrowers, many… 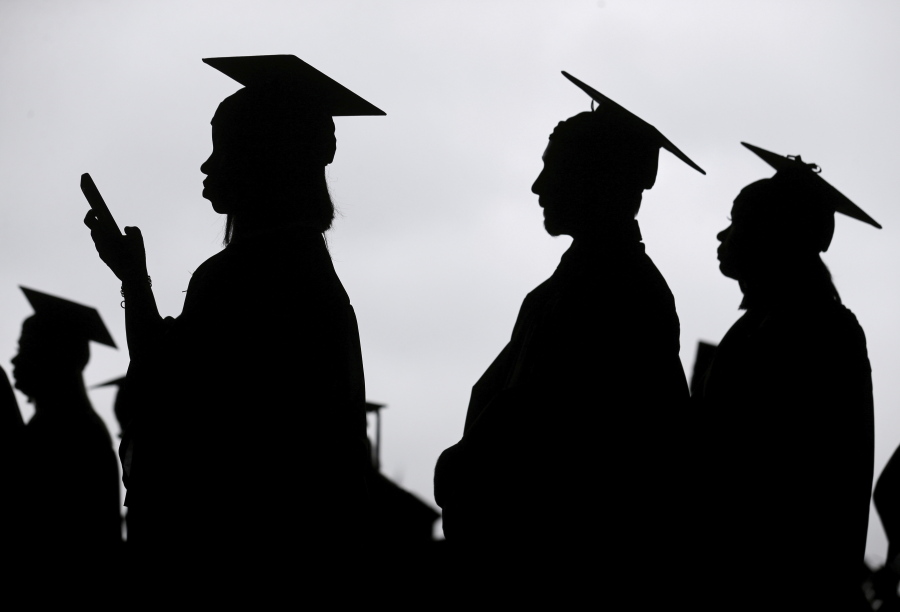 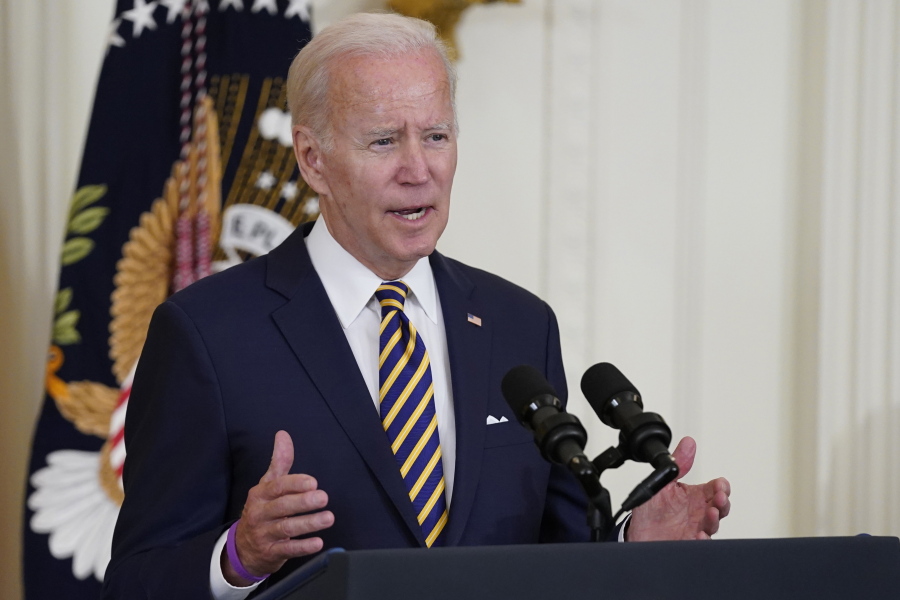 Biden’s student loan relief plan erases the debt of roughly 20 million people across the country. His reforms also target those who struggle the most with student debt: recipients of Pell Grants — federal grants awarded to students who have exceptional financial need — and community college graduates.

In Washington state, 47% of all college graduates in 2020 had student loan debt, the average being $23,900, according to The Institute for College Access and Success, a nonprofit.

Residents in Washington tend to borrow less to pay for college than those in other states. That’s because of the lower cost to attend its public universities, as well as its generous financial aid, which gives a full ride to thousands of low- to middle-income students.

Public universities, which are cheaper to attend than private universities, also tend to be very popular among Washington residents, said Michael Meotti, the executive director of the Washington Student Achievement Council, a state agency that sets policy and distributes financial aid.

But Biden’s announcement will still affect a significant number of college graduates across the state. “If we were to sort of ballpark it, as many as 400,000 to 500,000 Washington residents will get a benefit from it,” Meotti said.

The largest benefit — erasing $20,000 in federal student loans for Pell Grant recipients — will have the biggest impact on students of color, who are more likely to qualify for those loans.

For Tiana Tinson, who received a Pell Grant while studying at UW, Biden’s plan will clear the $11,000 in student loans she took out while pursuing her bachelor’s degree. However, she’s about halfway through a graduate degree at UW and anticipates sinking into another $50,000 in debt.

While Tinson appreciates the added relief for Pell Grant recipients, she said she wanted to see more student debt canceled in Biden’s plan. She also wanted to see actual reform: lowering the cost of attending universities.

“It seems like the current administration is at least trying to work hard,” Tinson said. “I think we still have a long way to go and reform is necessary.”

In-state undergraduate tuition at UW this year is $11,189. When books, living expenses and other fees are added together, the university estimates the total cost at more than $32,000 for a year of undergraduate education.

A.J. Balatico, a UW graduate student and the president of the Graduate and Professional Student Senate, said that while the amount may be life-changing for those who have less than $20,000 in student debt, many graduate students at UW owe far more.

“I think it’s a Band-Aid to the larger problems of, ‘Why is higher education expensive? Why is tuition the way that it is?’ “ he said.

“Just because people in the past couldn’t or maybe even could afford school, that doesn’t mean that people in the future should be saddled with debt because the system promised them if they got educated, they can get a good job,” Marquez said.

It will sweep away about $2,300 in student loans he took out to attend Spokane Falls Community College. He started attending the college full time in September and worked there part time. Federal student loans helped him cover tuition, allowing him to focus on school.

Not too long ago, it wasn’t like that for him. In 2019, Marquez was living with his family in Chicago and worked 40 hours a week, which helped him pay to attend South Suburban Community College full time. Marquez said it was a difficult balancing act.

Marquez moved to Spokane because he’d pay less in community college tuition and would also save more money on other recurring expenses, from rent to gas, compared with Chicago. He worked a part-time job on campus and took out a small student loan.

Marquez is happy that his community college student loans will be canceled. He’s also happy about other loan adjustments in Biden’s reform measure, which will make student loans less onerous and easier to pay back.

To Marquez, that means less pressure to immediately find a lucrative job after graduating in order to afford monthly student loan payments. Instead, he can focus on his career goals. “It really gives me way more opportunity,” Marquez said.

For nursing school student Elissa Pennebaker, the reform measures could free up money to help pay off a car loan or install new gutters on her home.

Pennebaker decided to get her associate degree in nursing from Spokane Community College five years ago, and she knew as a single mother in her late 30s, she would be a “nontraditional student.”

Pennebaker said she had just moved from Japan and gone through a divorce. School was a way to gain “control of my universe,” she said.

Currently, Pennebaker, a 41 year-old Spokane resident, is studying to get her bachelors from Washington State University while working as a nurse, and intends to eventually get a doctorate to become a nurse practitioner in women’s health.

While her bachelor’s degree will be completely paid for through Pell Grants, her associate degree put her $12,000 in debt. Her doctorate will cost $70,000, she said.

Pennebaker said she lives on a “shoestring budget” and took full advantage of food stamps and Medicaid while in school.

Debt forgiveness will help people choose more fulfilling jobs, she said, and hopefully can help address the shortage of nurses.

“A lot of countries have free college or programs to help pay for college a little bit better, I can’t believe that we don’t value higher education,” she said.