The court’s verdict in Dobbs v. Jackson Women’s Health stripped the 1973 ruling established in Roe v. Wade that ensured an individual’s right to seek an abortion. Now, states can create bans or further restrictions on access to this care. According to the Guttmacher Institute, a research group that advocates for reproductive protections, 26 states are likely to immediately enact abortion sanctions.

In Washington, the decision is unlikely to make a difference on abortion access, as a successful 2022 state House bill codified a person’s ability to seek reproductive services.

“(The law) prohibits the state from taking action against someone based on a pregnancy outcome or for assisting someone who is pregnant in exercising their right to reproductive freedom,” said state Sen. Annette Cleveland, D-Vancouver, in a statement.

Still, some show trepidation about the future.

Washington Gov. Jay Inslee cautioned that the state’s legal protections could change if Republicans got the majority in the state. He said Republicans have introduced 40 bills in the past six years that would compromise access to abortion and reproductive health care. 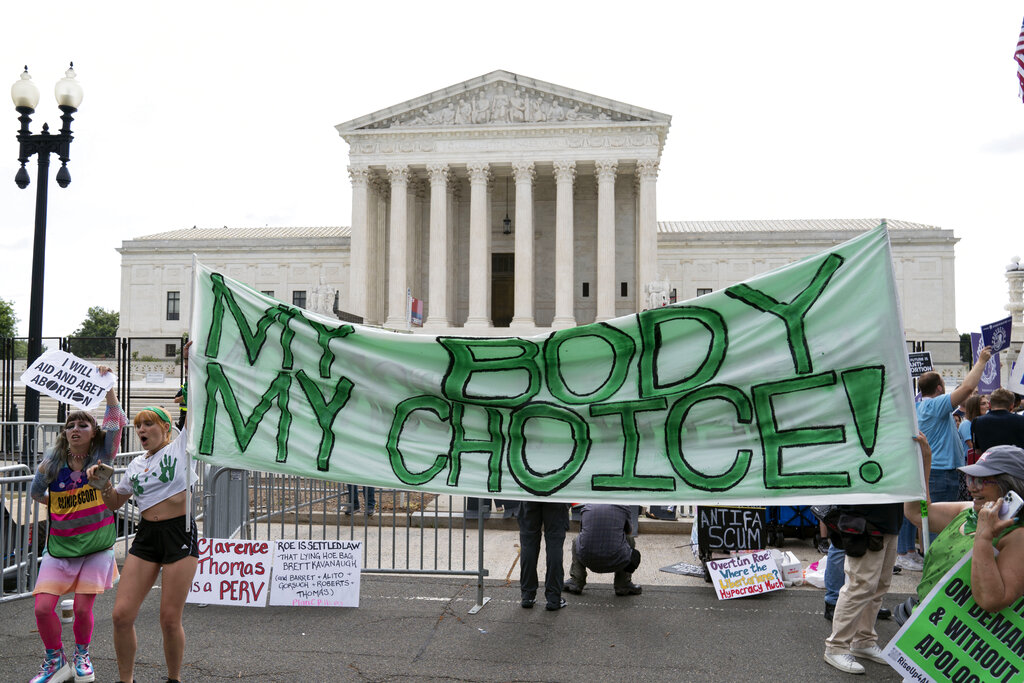 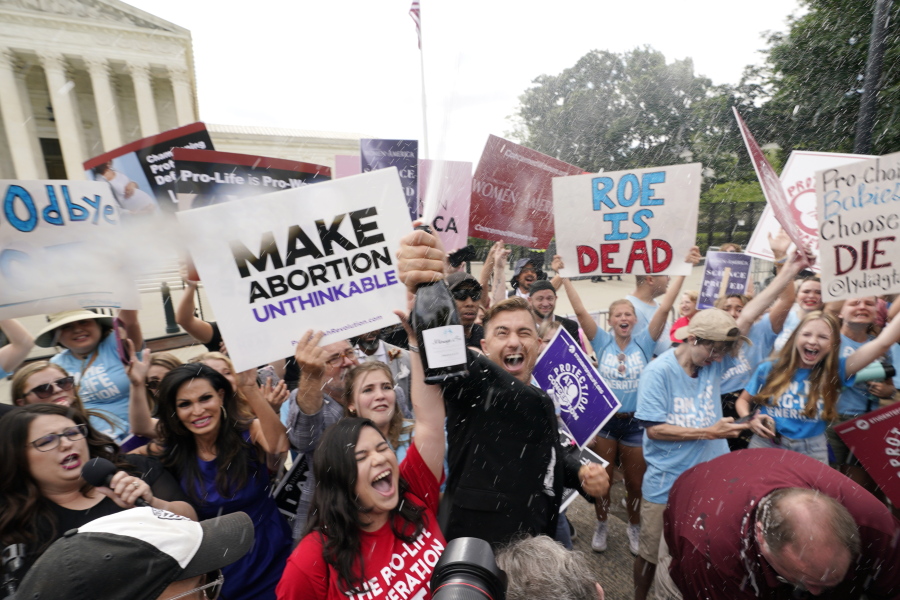 How U.S. states have banned, limited or protected abortion
The U.S. Supreme Court on Friday overturned Roe v. Wade, the 1973 decision that had provided a constitutional right to abortion. The ruling is expected… 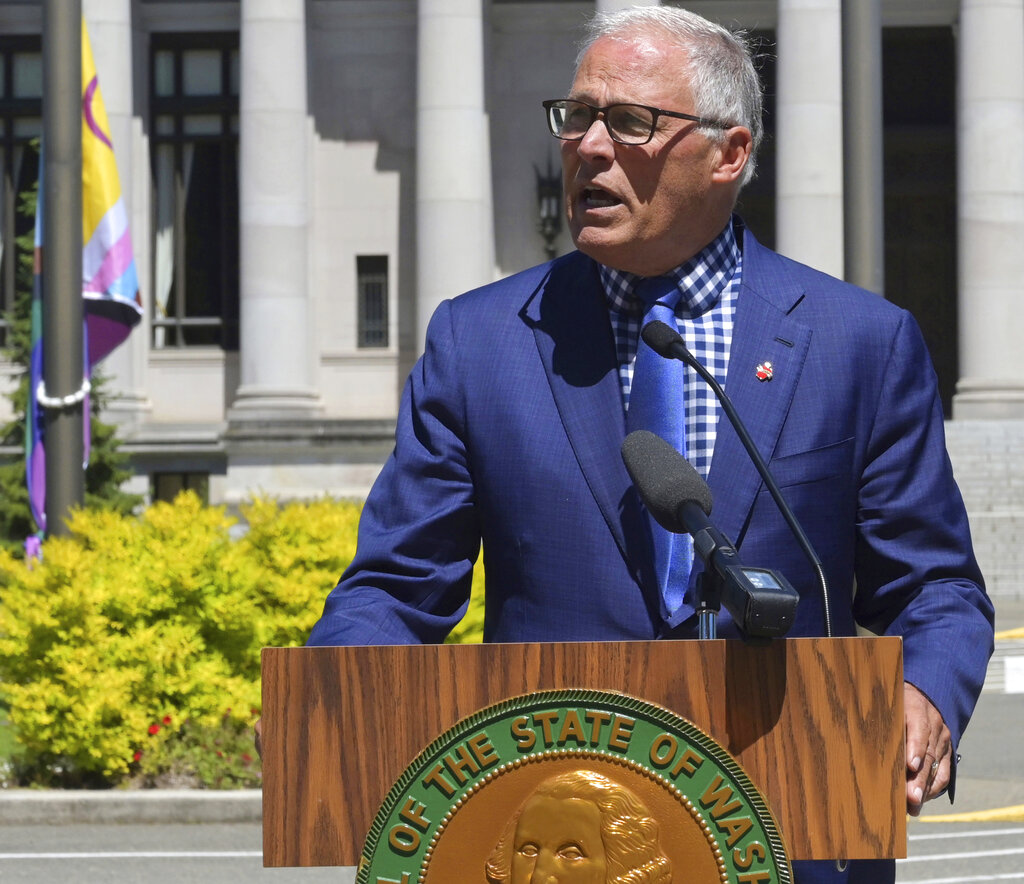 Governors announce ‘West Coast offense’ to protect abortion
The Democratic governors of California, Washington and Oregon on Friday vowed to protect reproductive rights and help women who travel to the West…

“The right of choice should not depend on which party holds the majority, but that’s where we find ourselves,” Inslee wrote in a social media post.

Inslee, along with Oregon and California’s governors, issued a multi-state commitment to serve as a haven for those seeking abortion and reproductive health services.

A majority of Southwest Washington congressional candidates, on the other hand, viewed the ruling as a victory — some voicing their support of a federal abortion ban.

“Southwest Washington residents know where I stand on honoring and protecting life, and my efforts in Congress will remain consistent, from upholding the decades-old prohibition of spending federal taxpayer money on abortions to requiring life-saving treatment for babies who survive late-term abortion attempts,” said Rep. Jaime Herrera Beutler, R-Battle Ground.

“As Americans, if we do not like the laws of our state of residence, we have the freedom to move,” French told The Columbian.

Oliver Black of Longview — whose party, American Solidarity, advocates for anti-abortion policies — was pleased with the ruling yet had reservations as it related to ensuring the protection of a mother’s life.

“A victory that reduces the fetal mortality rate but increases the maternal mortality rate is a hollow one,” he told The Columbian. “Medically necessary abortions, a fraction of total abortions, need to be made safe and accessible at the same time.”

Black and Kent are supportive of a federal abortion ban, whereas St. John said abortion is a state’s issue.

Democrats Marie Gluesenkamp Perez and Davy Ray had a melancholy reaction to the court’s decision.

Perez shared her outrage, noting that an assisted abortion saved her life when she experienced a miscarriage two years ago.

“People will die because of this,” she told The Columbian.

U.S. Sen. Patty Murray, D-Wash., said the country regressed by half a century with the help of a majority anti-abortion Supreme Court.

“Republicans ripped away our rights and made this generation the first generation of American women with fewer rights than their mothers,” she said in a statement. “Republicans are forcing women to stay pregnant and give birth when they don’t want to — no matter the circumstances.”

Murray, a chair member of the Senate Health, Education, Labor and Pensions Committee, urged Americans to challenge lawmakers who push for federal abortion bans and further strikes on health care. The committee will gather on July 13 to discuss how the new restrictions will impact maternal mortality and reproductive health care.

U.S. Sen. Maria Cantwell, D-Wash., pointed to Supreme Court justices, such as Neil Gorsuch and Brett Kavanaugh, who previously said that abortion access was settled into law during their hearings before the Senate Judiciary Committee.

“They have taken a sledgehammer to the right to privacy,” she said in a statement.

Every legislative tool and process must be utilized, including an individual’s right to vote.

“I am hopeful that Americans will respond, as we always have when our rights are taken away,” Cantwell said.