Deputy Incident Commander Dave Larson said over 500 personnel were battling the fire Wednesday. He said they made significant progress on the southwest corner of the fire, which is closest to neighborhoods, since Tuesday.

“As for our objectives — and we’re beating those — is getting the fire contained as quickly as we can, as small as we can,” he said. “While the priority is maintaining firefighter and public safety.”

Larson said the fire is the top priority in the nation right now, due to the number of people in the area and the resources dedicated to it. He said local agencies have been very helpful in their efforts.

“I’d like to begin by thanking the community and the cooperators for your patience and grace as we come into your community during a very stressful time and begin to organize and take action on this fire,” Larson said. “We may come here from Oregon, just across the border, as strangers, but we want to meet your needs and we want to be able to leave here as your friend.”

The fire was 12 percent contained Wednesday morning, according to an update from the Oregon Department of Forestry. Less fog and better weather conditions meant multiple aircraft were be able to get back to fighting the fire in areas too dangerous for ground crews to reach, the agency said.

“It’s a huge asset to be able to use aircraft today,” Oregon Department of Forestry spokeswoman Natalie Weber said. “We haven’t been able to for the past couple days, just due to the smoke and the fog. It’s going to be a game changer for us today.”

“This is extremely hard work that often involves hiking on steep terrain with a 45-pound backpack, hand tools, chain saws and water throughout a 12-hour shift,” the update states. “Firefighters use these tools to break up vegetation so spreading fire hits the bare dirt and can’t grow beyond that point. This is the most important work at this stage in the fire in order to keep its size as small as possible.”

Firefighters are also preparing for an increase in winds and warmer temperatures Thursday before rain begins on Friday, the department said. Weber said crews will be ready to tackle any hot spots sparked by the wind, which is not expected to be as bad as the conditions Sunday when the fire grew tenfold in acreage.

Weber called the incoming rain “a Catch-22” for crews due to the way it will help suppress the fire but will also make the steep terrain more hazardous for firefighters on the ground. Many of the roads in the area aren’t paved and could also wash out, she said.

To see if a house is in an evacuation zone, visit the Nakia Creek Fire GIS interactive map, at tinyurl.com/NakiaCreekEvacs.

Skidmore reminded people Wednesday that this is not a sightseeing fire and said people should not come to the area for recreation. He said deputies arrested one person since Tuesday afternoon who was inside the evacuation zone and had an outstanding warrant.

Clark County Assistant Fire Marshal Curtis Eavenson said his office has received a “tremendous response” to the video shared Monday of a vehicle of interest in the investigation into the cause of the fire. He said investigators are going through all of the tips and working on responding. 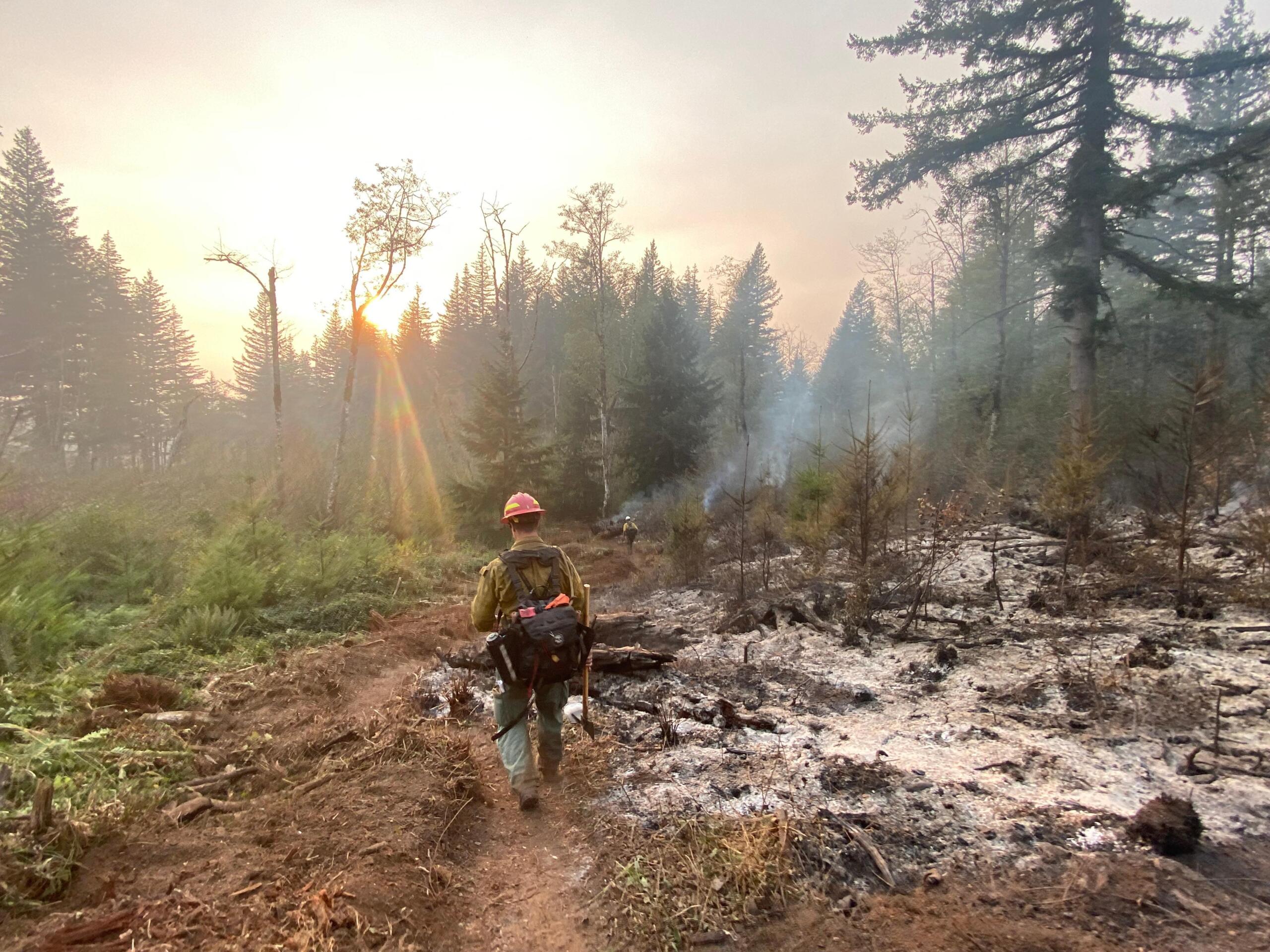 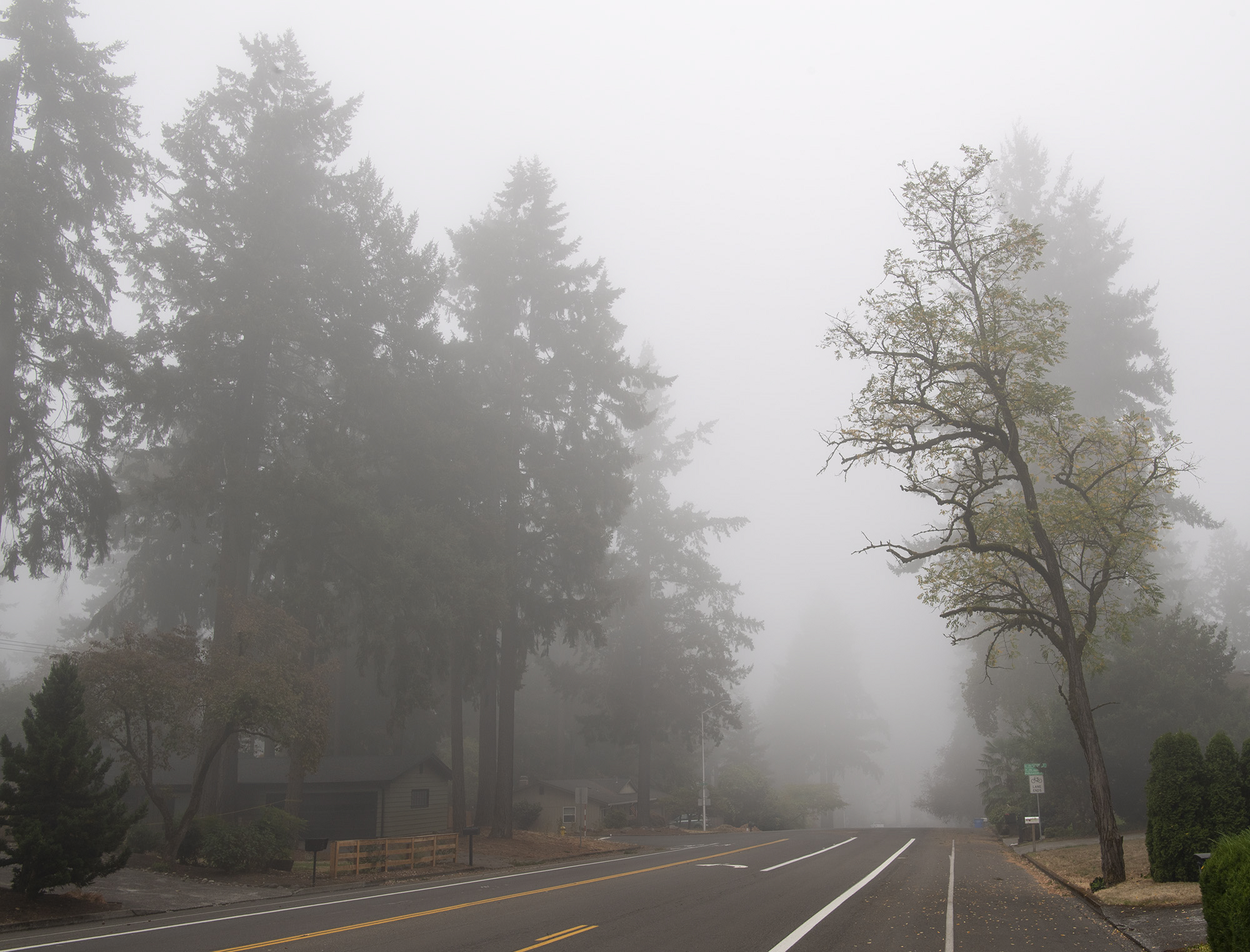 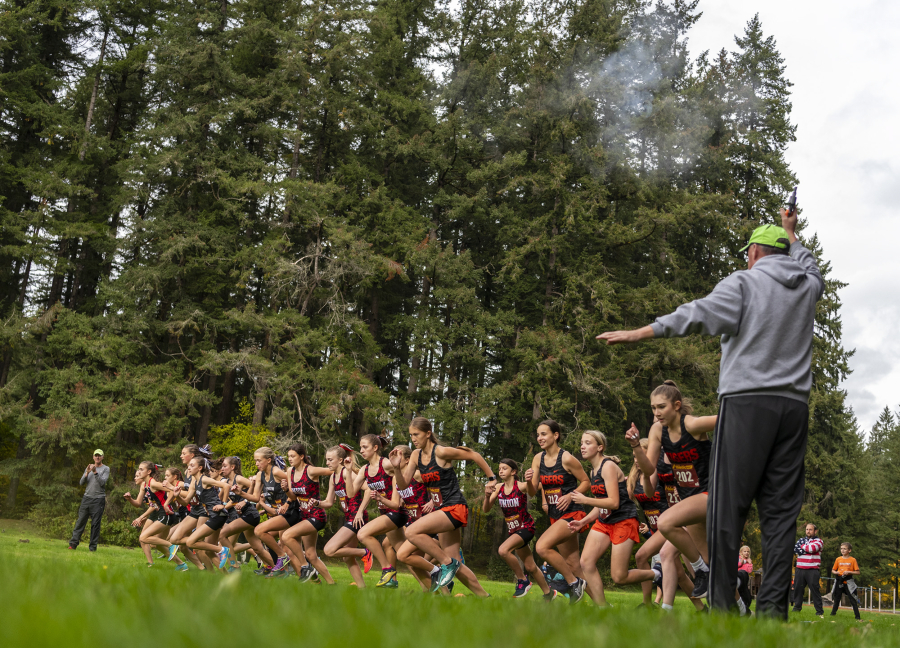 The video was reportedly recorded at about 3:30 p.m. Oct. 9, which is around when officials said the fire started. It depicts a light-colored SUV that investigators believe to be a Subaru. Eavenson said he believes the people in the video were shooting off pyrotechnics, but said he hasn’t determined yet if they were fireworks.

If the people captured in the video recognize themselves or their vehicle, Eavenson asked them to contact his office to talk about what happened. Anyone with information can call 564-397-3320.