Sen. Patty Murray was locked in her office in the U.S. Capitol on Jan. 6 when she said she decided to run for a sixth term. If she wins she would be among the longest serving senators in U.S. history.

“I remember that overwhelming feeling that our democracy was under attack, that there were people who wanted to use brute force to overturn the peaceful transfer of power,” Murray, a Democrat, said in an interview. “And that I couldn’t go home and quit being a fighting voice.”

The seeds of Tiffany Smiley’s run for U.S. Senate, her first campaign for any office, were planted 17 years ago, when her husband was blinded by a suicide bomber in Iraq.

She quit her job as a nurse, becoming a full-time caregiver and advocate, as her husband, Scotty, declined a discharge and became the Army’s first blind active- duty officer.

“I knew I could help Scotty but I said, ‘Someday I’ll make it right for everyone else,’” Smiley, a Republican, said in a TV interview this summer. 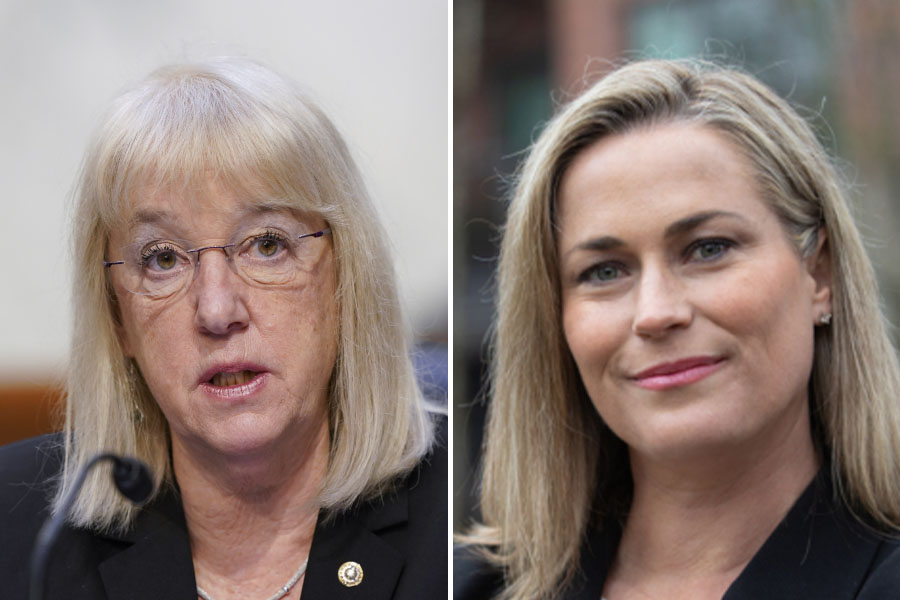 Former allies, Patty Murray and Tiffany Smiley face off for U.S. Senate
Sen. Patty Murray was locked in her office in the U.S. Capitol on Jan. 6 when she said she decided to run for a sixth… 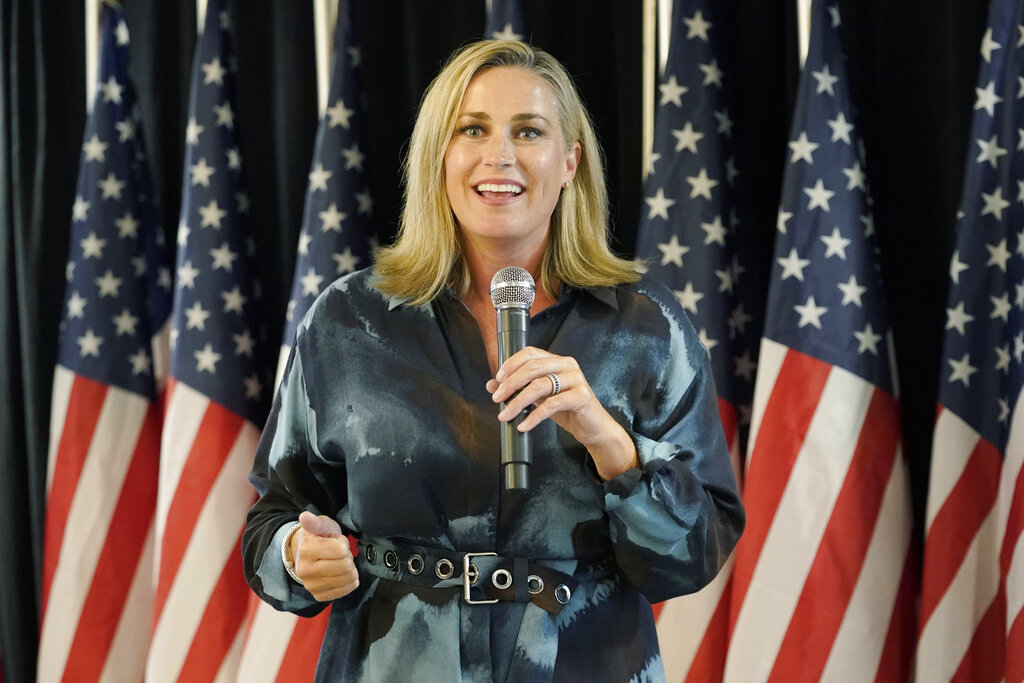 Truth-test: U.S. Senate ads from both campaigns often miss important context. Here’s a look at the Murray-Smiley race
With some polls showing a tightening race for Senate in Washington state, attack ads from both sides are filling mailboxes, computer screens and… 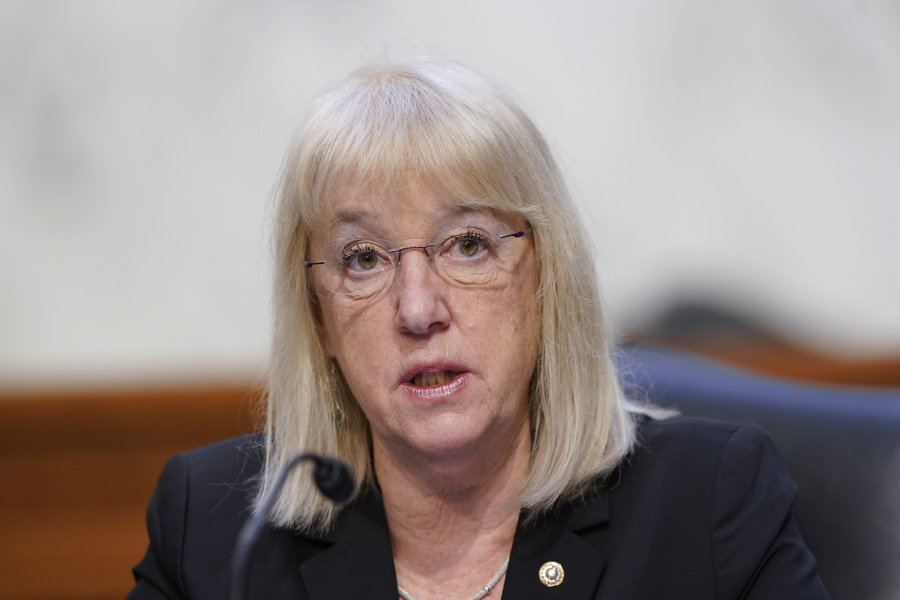 Sen. Patty Murray, Tiffany Smiley spar over issues, policy
U.S. Sen. Patty Murray isn’t a stranger to Washington politics, and this is a prime reason why her opponent wants her gone.
Murray, Smiley talk Trump endorsement, COVID-19 shutdowns and abortion on Sunday show
Washington’s Republican candidate for Senate declined to say Sunday if she still is actively seeking the endorsement of former President Donald Trump, while…

The two are now facing off in the most competitive U.S. Senate race in Washington in at least a decade, as Murray hammers home the risks a Republican majority would mean to abortion rights and a fragile democracy and Smiley highlights a nation suffering under costly inflation and uneasy with a rise in crime.

Just a few years ago, Smiley and Murray were allies in pushing legislation to provide funding for caregivers of wounded veterans.

“Tiffany is an amazing advocate for the caregiver program,” Murray said on the Senate floor in 2018.

Smiley posted to Facebook after meeting with Murray to discuss the legislation.

“I had a wonderful meeting with Senator Patty Murray,” she wrote in a since deleted post. “Her efforts to support caregivers is truly remarkable!”

But the bonhomie would not last.

Both campaigns have spent millions trying to define their opponent: Smiley as a vote for a Republican majority threatening abortion rights and Murray as a Democratic incumbent responsible for rising inflation and high crime rates.

Murray is a solid favorite in the race. She won the August primary by 18 points and has led in every public poll. She leads by 8 percentage points in the latest WA Poll, sponsored by The Seattle Times and partners, released this week.

But stakes are high as Democrats need to hold the seat to boost their chances of retaining control of the 50-50 Senate. And Smiley has proven a fundraising powerhouse, outraising the veteran senator over the last three months, even as Murray retains an overall cash advantage.

A former preschool teacher and one-term state senator, Murray, 72, first won her Senate seat in 1992, campaigning as a “mom in tennis shoes,” an image she has sought to maintain even as she’s become one of the most powerful Democratic legislators in the Capitol.

A Bothell native and Whidbey Island resident, she is trying to join the state’s two legendary senators, Warren Magnuson and Henry “Scoop” Jackson as Washington’s only six-term senators. If she wins, and serves a full term, she will move into the top-20 longest serving senators in American history.

Her top priorities in a sixth term, she said, are passing legislation to codify the protections of Roe v. Wade, to restore the Voting Rights Act and to expand access and lower costs to child care.

Smiley, 41, a Pasco native, is trying to become the first Washington Republican elected to the Senate since Slade Gorton in 1994. Politics, she’s said, was never her ambition.

“Seventeen years ago, if someone would have said ‘Tiffany, some day you’re going to get into politics, you’re going to run for Senate,’ I would have laughed,” she said in the TV interview. “Ever since kindergarten I wanted to be a nurse.”

More recently she and her husband have started two businesses based on their personal story, and she’s worked as a consultant and public speaker. The couple have traveled the country, including during the campaign, giving paid speeches for as much as $17,000 at schools, churches, banks and businesses.

Smiley’s campaign did not respond to repeated interview requests for this article.

Her website says she will focus on “Reducing wasteful spending that has caused inflation,” without offering specifics.

“A key to lowering inflation is reducing our deficit,” she writes.

Murray has touted the Inflation Reduction Act, recently passed exclusively by Democrats, which will make large investments in clean energy to fight climate change and, for the first time, allow Medicare to negotiate with drug companies for lower prices on prescriptions. Smiley has criticized the new law for raising taxes.

An analysis from the University of Pennsylvania found the legislation would have virtually no impact on inflation. But it, and the nonpartisan Congressional Budget Office, both found the legislation will reduce the deficit, by raising corporate taxes, improving tax collection and allowing Medicare to pay lower prices for prescription drugs.

Smiley has unveiled an “agenda for recovery and reform” over the past couple months, but has not identified any specific spending she would cut. She’s said she opposes forgiving student loans, but only if it’s done in a way that’s “unfair” to people who have paid off loans.

Murray has said that Republicans, if they control Congress, could look to cut the largest drivers of federal spending: Social Security and Medicare.

Key House Republicans have said, if they win a majority, they may seek to use next year’s debt limit deadline as a leverage point to force cuts to the safety net programs. The Republican Study Committee, composed of a majority of House Republicans, has called for raising the retirement age for both programs and making other benefit cuts.

Murray was chastised by The Washington Post Fact Checker for her claim that “Republicans plan to end Social Security and Medicare if they take back the Senate.”

The claim mostly refers to a plan put forward by Florida Sen. Rick Scott, who leads the Republican Senate campaign committee. It includes the proposal “All federal legislation sunsets in 5 years,” requiring Congress to re-pass anything worth keeping, presumably including Social Security and Medicare.

Find The Columbian's coverage of all the races, measures, candidates
and latest news on the 2022 Election at columbian.com/election

Scott’s plan — which also supports police funding, proposes completing the border wall and naming it after former President Donald Trump, and says “abortion kills human children” — has been shot down by McConnell, who said it will “not be part of a Republican Senate majority agenda.”

Smiley, earlier this year, said she supports Scott’s plan, but not any parts that would raise taxes.

“I think he has good points in there but I’m not here to raise taxes on Washington families right now,” Smiley said of Scott’s plan, at an Orcas Island fundraiser.

“How about everything else?” an attendee asked of Scott’s plan.

Murray, a longtime advocate for reproductive rights, has put the issue front and center of her campaign, since the U.S. Supreme Court overturned Roe v. Wade, opening the door to abortion bans in the states and in Congress.

Murray supports abolishing the Senate filibuster for “constitutional rights” like abortion and voting rights and says Democrats can do so if they expand their majority to 52 senators.

Smiley says she is “pro-life” but would vote against a federal abortion ban.

“She believes that the decisions regarding abortion belong closest to the voter, which is at the state level,” Elisa Carlson, a Smiley spokesperson said last month after Senate Republicans introduced a 15-week national abortion ban. “She opposes any federal abortion bans.”

“I think she’s saying what she wants to say right now,” Murray said, “because she knows the state she lives in, she can’t get elected unless she says that.”

Smiley has accused Murray of not doing enough to halt rising crime rates. “The nonstop sirens, this is why you don’t vote for Patty Murray,” a Smiley voter says in a recent campaign ad.

Murray points to the American Rescue Plan, the broad COVID recovery bill passed by Democrats in 2021 that gave $350 billion to local governments, a substantial portion of which has been spent on law enforcement.

She also points to gun violence — “The number of guns on the street today is part of what the crime problem is,” Murray said — in touting the gun control measures passed by Congress in the wake of the Uvalde, Texas, school shooting and advocating for stricter policies, including an assault weapons ban.

Smiley does not appear to have said anything publicly about gun issues and her campaign did not respond to a request for comment.

Murray wants to pass legislation restoring the Voting Rights Act, which has been weakened by several Supreme Court decisions in recent years.

“Republican-led legislatures are making it harder to vote, for certain groups of people,” Murray said earlier this year. “Just because they might vote for Democrats.”

Smiley wants term limits for members of Congress, although she hasn’t said how long they should be. She’s said she will hold 10 town hall events a year, something Murray has sometimes been reluctant to do.

Smiley also been coy about where she stands on the election denialism that has taken over a big chunk of the Republican Party.

In a CNN interview last month, she said that Joe Biden is the president but declined repeated opportunities to clearly say he was “fairly” and “legitimately” elected.

Smiley appeared at a Republican Party event last month with far-right election denier Dinesh D’Souza and has both praised and been praised by Joe Kent, the far-right congressional candidate in Southwest Washington who has called those arrested on Jan. 6 “political prisoners.”

Before the August primary election, Smiley’s website said the “2020 elections raised serious questions about the integrity of our elections.” That section has since been removed.

In a June interview, Smiley repeatedly declined to say whether she had concerns about the 2020 election or not.

“Again,” she said, “I will go back to my stance that the people of Washington state are deeply concerned and I’m here to represent them.”