A Vancouver man was arrested early Sunday morning on suspicion of drunken driving after he apparently dozed off behind the wheel and rolled into a deputy sheriff’s patrol vehicle. Read story

Early Sunday, a Vancouver Police Department officer attempted to pull over a suspected impaired driver, who was driving westbound on East 18th Street. The vehicle, a 2008 Nissan Pathfinder, failed to yield for several blocks before accelerating away from the officer, according to a police press release. Read story 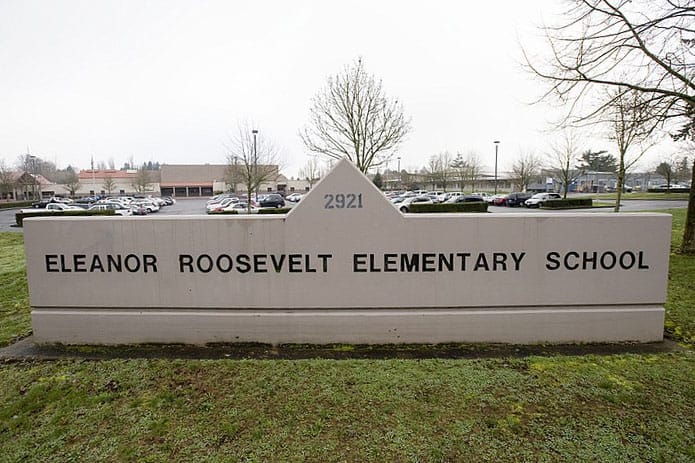 Students and staff at Roosevelt Elementary School in Vancouver were evacuated from the building Friday morning after school officials received a call claiming there was a bomb inside. Read story

The 6-month-old baby wounded in a domestic violence shooting Wednesday at a house in North Salmon Creek died Friday morning at a hospital. Read story

A suspect in a November Portland homicide investigation was arrested Wednesday in Vancouver. Read story

A woman and her infant remained in critical condition Thursday at area hospitals following a domestic violence shooting Wednesday at a house in North Salmon Creek. Read story

A woman died at an area hospital, and her husband remains in critical condition after a Thursday afternoon shooting at a home in the 30000 block of Southeast Sunset View Road, just outside Washougal city limits. Read story

Investigators say a man shot and wounded his wife and baby before fatally shooting himself Wednesday afternoon at a home in North Salmon Creek. Read story

Man arrested in Oregon, accused of kidnapping woman, her children in Vancouver

A man accused of kidnapping a woman and her two children in Vancouver was arrested Tuesday in Lane County, Ore., after allegedly leading deputies there on a chase. Read story

A 33-year-old man was arrested Sunday night in the Van Mall neighborhood, accused of crashing a stolen car during a police pursuit and possessing several hundred fentanyl pills and methamphetamine. Read story