More than five hours before Friday’s first pitch, Ichiro Suzuki was in the outfield, in uniform still going through his throwing routine. Three years removed from his last game as a player with the Seattle Mariners in his home country of Japan, Ichiro hasn’t lost that competitive drive. Read story

Sue Bird’s eye for the court and knowledge of the game is what separates her among WNBA point guards, much to the frustration of her opponents for the past two decades. Read story

Rodríguez, Mariners agree to deal worth up to $469M

Julio Rodríguez and the Seattle Mariners are set on a long-term relationship in the Pacific Northwest, agreeing to a $199.3 million, seven-year contract starting next season that could be worth $399.3 million over 15 years. Read story

Participation in Little League on the rise post-COVID-19

Little League International says participation in its baseball and softball leagues was up this season, and team managers are optimistic about another bump next year coming off the first full-scale Little League World Series since the pandemic. Read story

Mitch Haniger hit a three-run home run in the first inning to account for all of Seattle’s offense, Marco Gonzales tossed six strong innings and the Mariners beat the Cleveland Guardians 3-1 on Thursday. Read story

Thunder No. 2 pick Holmgren to miss season with foot injury

Oklahoma City forward Chet Holmgren, the No. 2 pick in this year's NBA draft from Gonzaga, will miss the 2022-23 season with a right foot injury. Read story 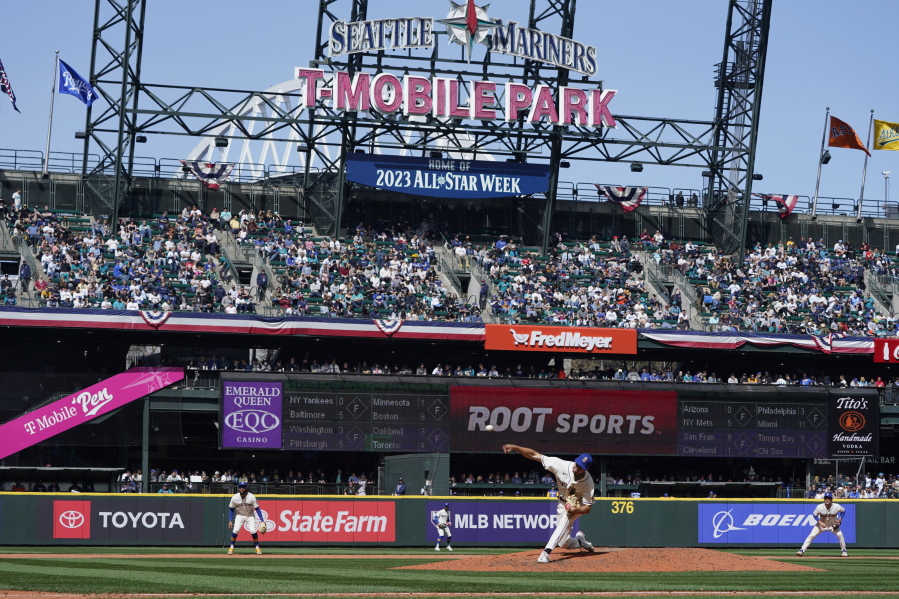 MLB teams to play all 29 opponents under ’23 balanced sked

Every major league team will play each other in the same season for the first time next year as the sport switches to its first balanced schedule since 2000. Read story

Pro Football Hall of Fame quarterback Len Dawson died Wednesday at the age of 87. No cause was given, though he had been in hospice care since Aug. 12. Read story