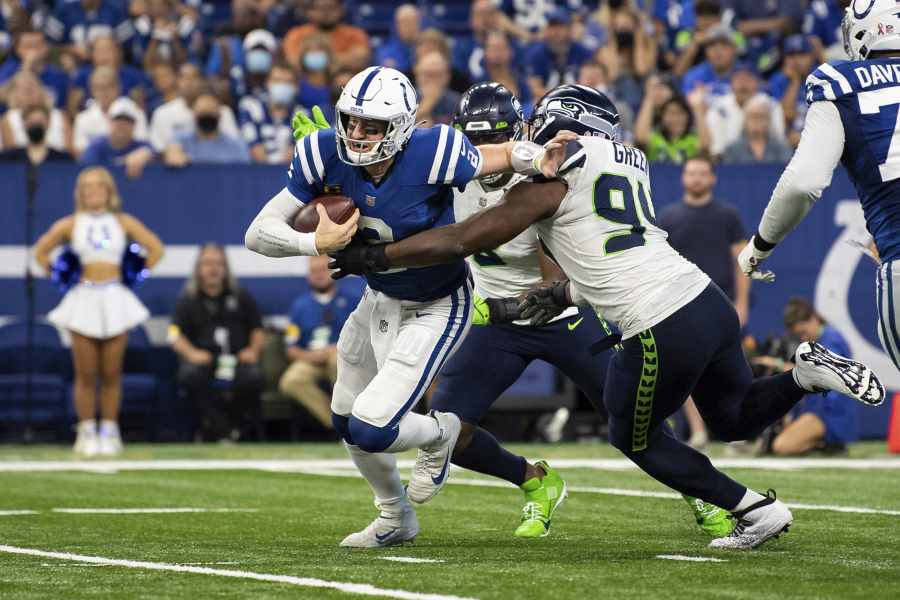 One look at the stat sheet from Seattle’s season-opening win over Indianapolis shows the impact the Seahawks were hoping to see from their assembled rotation of defensive linemen. Read story 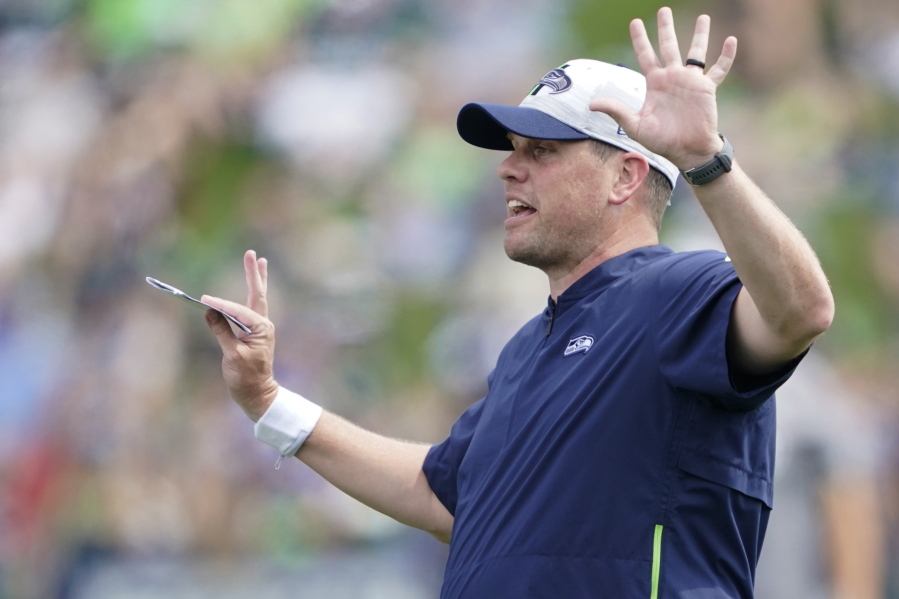 Shane Waldron smiled and tried to laugh off the idea that with all the attention and compliments being thrown his way, he was some type of coaching rock star on the Seattle Seahawks’ staff. Read story 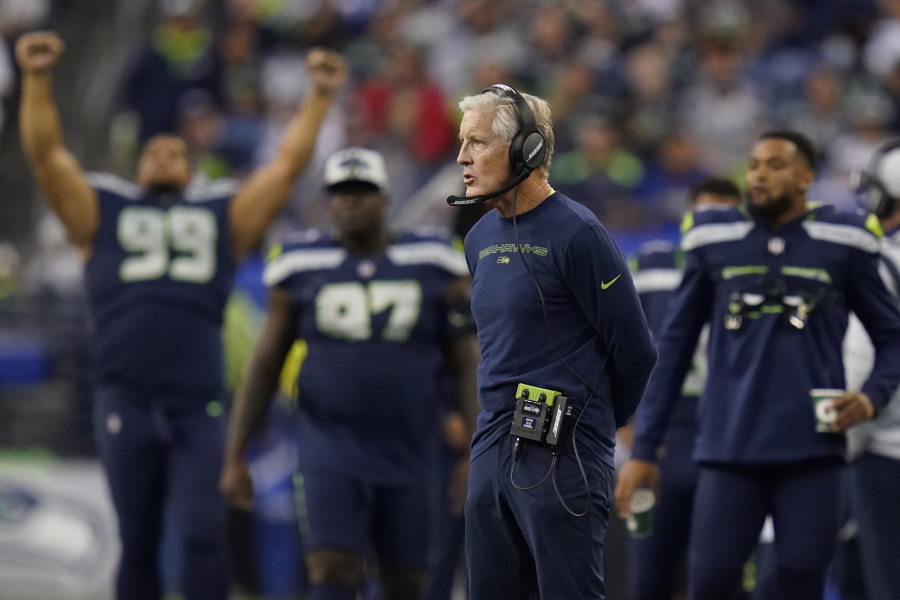 Seahawks face pivotal season now and for their future

After an offseason of drama, including questions about Russell Wilson’s future in Seattle, the Seahawks enter this season again with expectations of being a contender. Read story 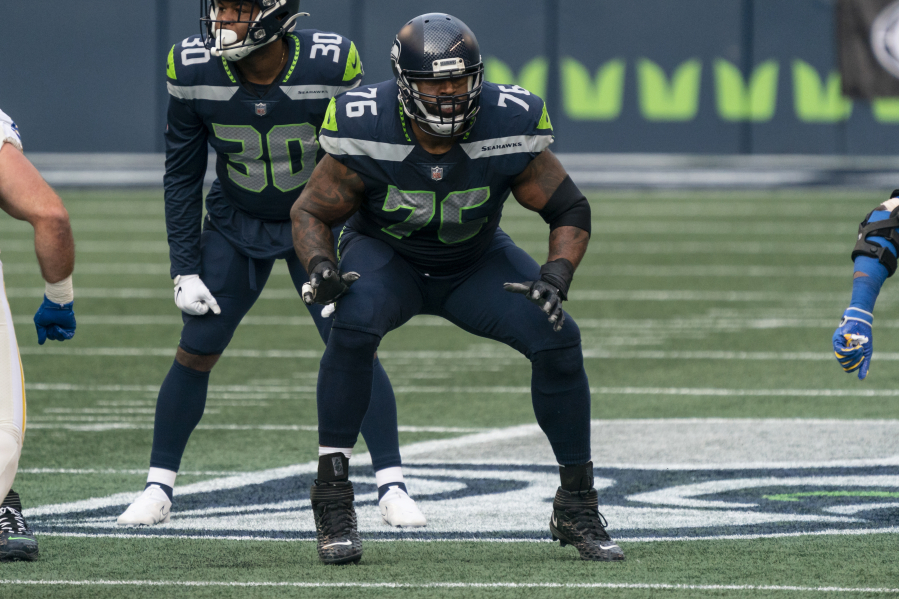 Duane Brown ready to play for Seahawks despite no new deal

Left tackle Duane Brown will be starting at left tackle Sunday when Seattle opens the season at Indianapolis, leading to a collective exhale from Seahawks fans worried about whether the veteran would be there to protect Russell Wilson’s blindside. Read story 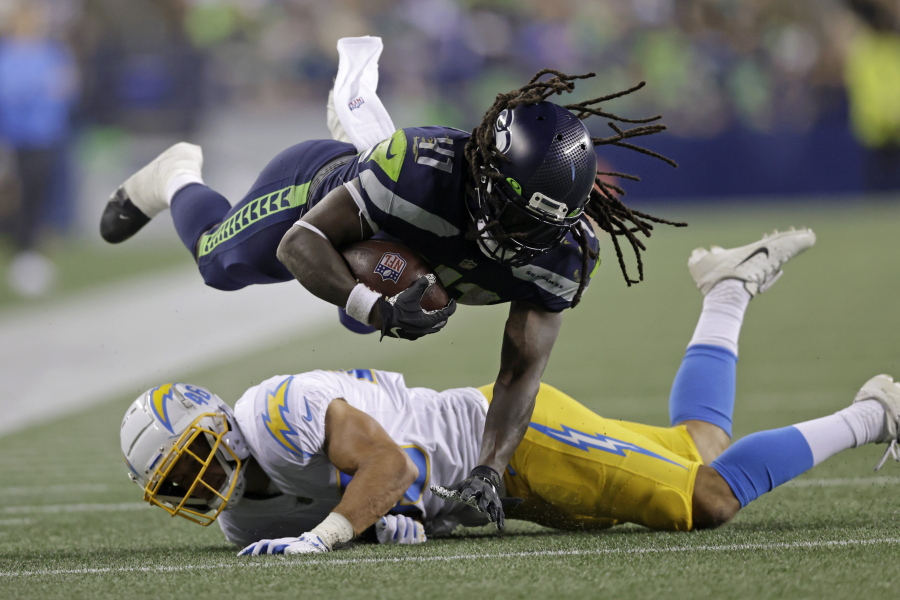 Seahawks thump Chargers with most starters sitting out preseason finale

Marquise Blair returned a fumble 17 yards for a touchdown, Alex Collins made a strong bid to be included in Seattle’s running back rotation, and the Seahawks closed out the preseason Saturday night with a 27-0 win over the Los Angeles Chargers. Read story 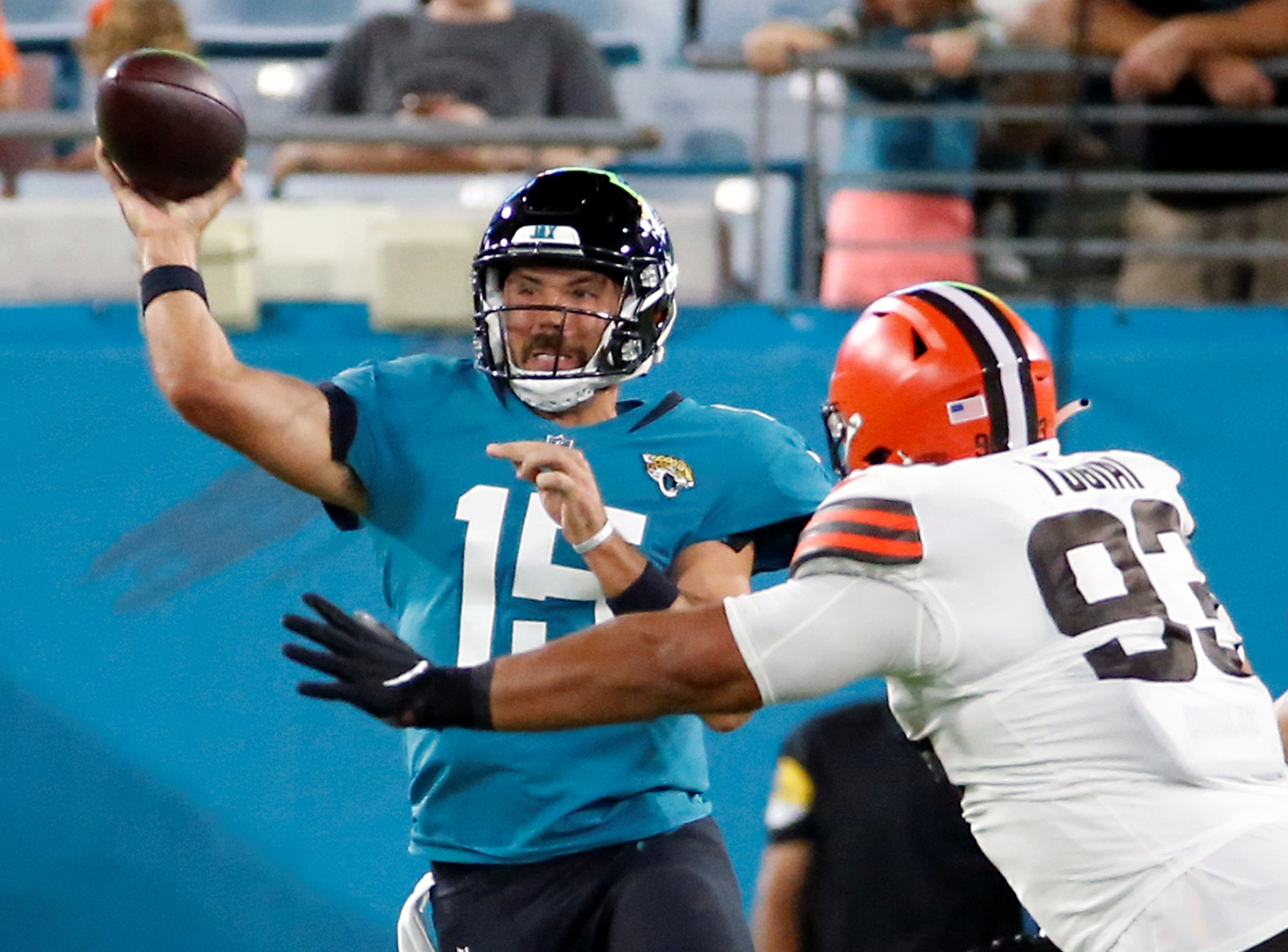 The Jacksonville Jaguars traded backup quarterback Gardner Minshew to Philadelphia on Saturday for a conditional draft pick in 2022. Read story 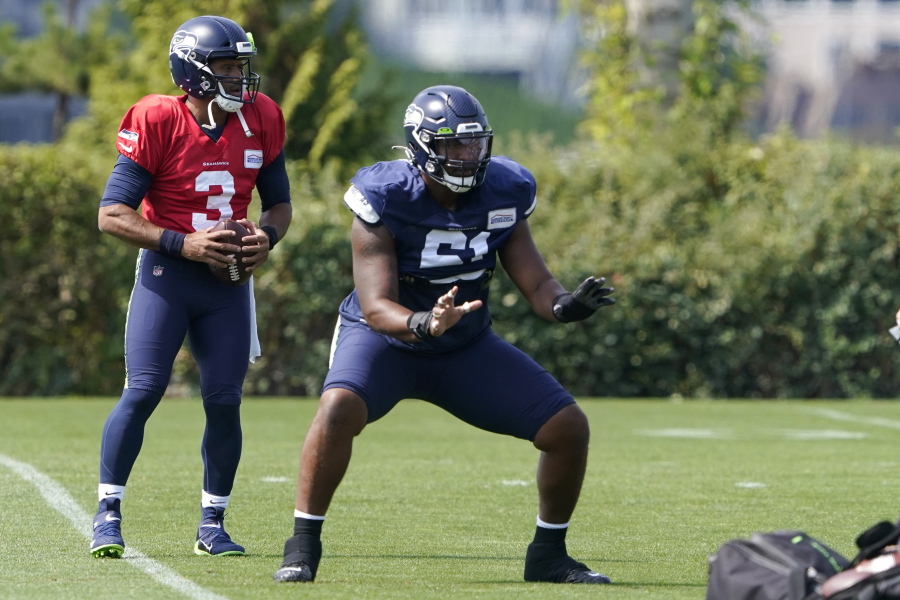 While it’s not a very glamorous training camp battle, the starter at center was a big question when the Seattle Seahawks gathered nearly a month ago. Read story 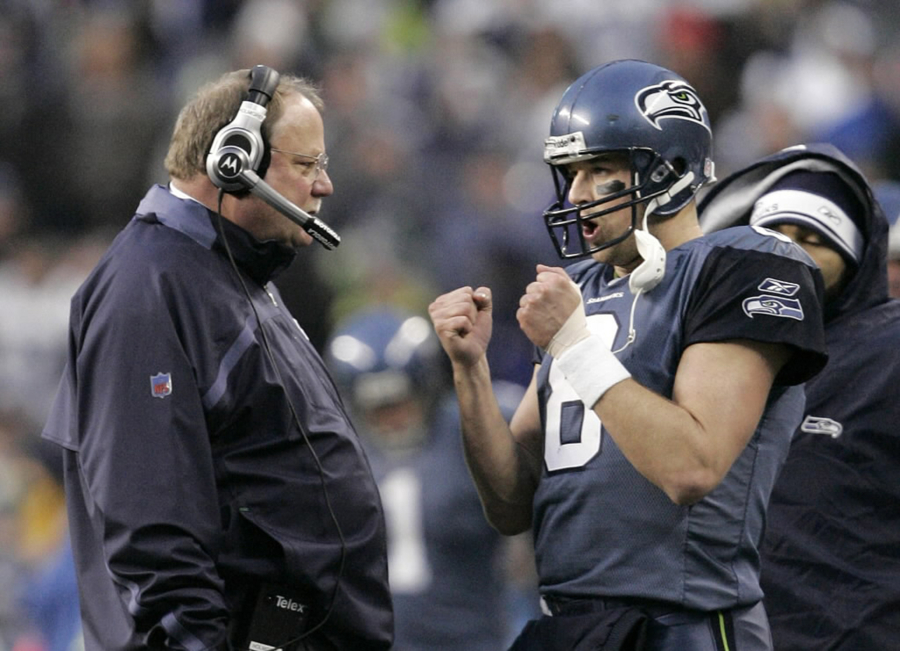 Seahawks to induct Holmgren, Hasselbeck into Ring of Honor

The Seattle Seahawks will induct former quarterback Matt Hasselbeck and coach Mike Holmgren into the team’s Ring of Honor during the upcoming season, the team announced Wednesday. Read story 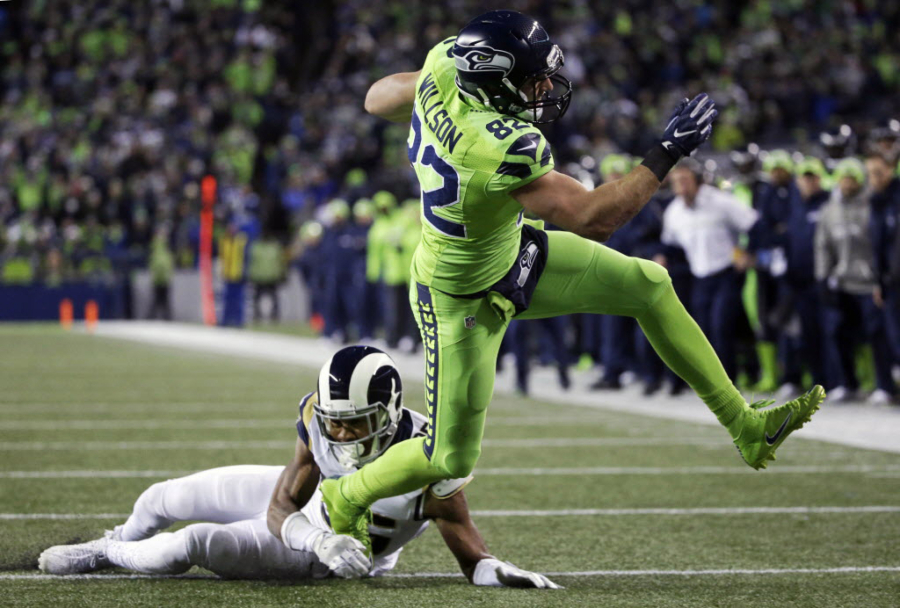 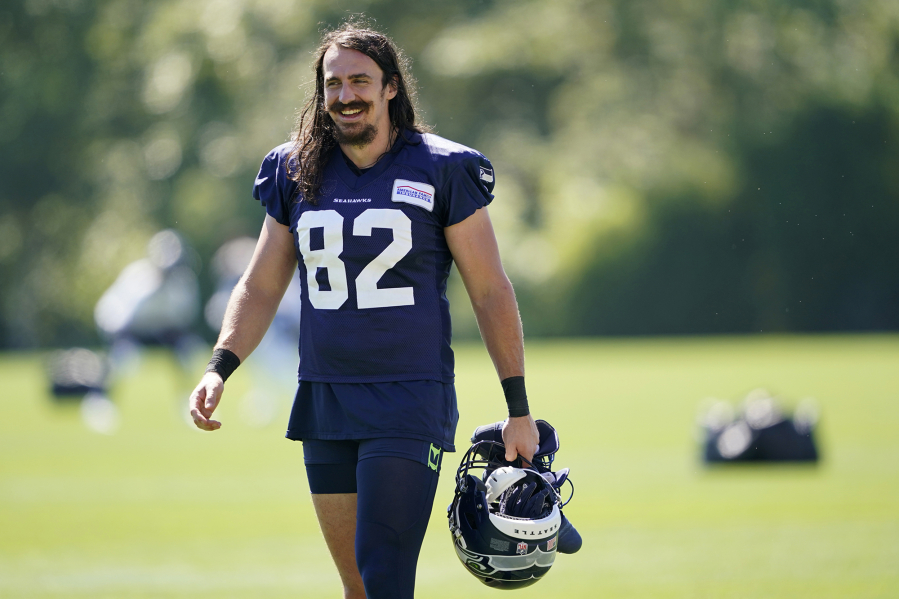 The Seattle Seahawks signed veteran tight end Luke Willson and acquired cornerback John Reid from Houston for a conditional late-round draft pick. Willson’s signing was official on Tuesday while Reid’s trade is expected to be finalized on Wednesday. Read story