Raya, 35, has not been charged in the shooting; however, Golik said he intended to file charges in connection with Brown’s death. He did not indicate what those charges will be.

She appeared in Clark County Superior Court on a warrant for a string of June burglaries at a Vancouver storage facility. A probable cause affidavit in the burglary case accuses Raya of stealing 27 guns, including AK-47s, and tens of thousands of rounds of ammunition.

Judge Emily Sheldrick set Raya’s bail at $1 million. She is scheduled to be arraigned Aug. 4.

Investigators say Raya; her partner, Abran Raya Leon, 28; and his brother, Guillermo Raya Leon, 26, fled in a Toyota SUV after the shooting at The Pointe Apartments, 3708 N.E. 109th Ave., just east of Interstate 205 in Vancouver.

Court documents related to a warrant for Guillermo Raya Leon’s arrest describe him as being paranoid that law enforcement was following the three. The documents say he confronted Brown, 46, as he sat in an unmarked SUV at the east Vancouver apartment complex and shot him in the chest.

Brown and other law enforcement officers had been conducting surveillance on the three. Authorities have not disclosed why they were under surveillance, but court records imply it was related to the stolen firearms cache.

Raya and Abran Raya Leon were detained after being found in a yard in the 8700 block of Northeast 76th Avenue at about 9:15 p.m. Friday. Raya was arrested on the burglary warrant.

Abran Raya Leon was taken to a Portland hospital for treatment after a “police K-9 made contact” with him, Vancouver Police Department spokeswoman Kim Kapp said Monday. She did not describe his injuries. The U.S. Marshals Service subsequently took him into custody on federal warrants, she said.

Detectives from the U.S. Marshals Service Pacific Northwest Violent Offender Task Force and the Salem, Ore., Police Department arrested Guillermo Raya Leon on Sunday in Salem, his hometown. He will be extradited to Clark County, where he is facing charges of first-degree aggravated murder while armed with a firearm and possession of a stolen firearm.

Guillermo Raya Leon allegedly told his companions that Brown fired at him first and that he shot back twice and ducked so he wasn’t hit. Multiple witnesses said they heard one shot, a pause and then several more gunshots — about five total, according to an affidavit of probable cause.

Investigators have not disclosed whether Brown had discharged his firearm.

Apartment residents called 911 after finding Brown had been shot while sitting in his vehicle. He was taken to a hospital, where he died, according to the affidavit.

Both Raya and Abran Raya Leon said they saw Guillermo Raya Leon with a large silver revolver. Officers recovered a silver revolver in the yard while arresting the couple Friday night. Investigators said the revolver had one spent shell casing, and the firearm came back as stolen, court records state.

According to an affidavit of probable cause filed in the burglary case, a man reported that his storage unit was broken into between June 1 and 3, and among other items, 27 firearms, 20,000 to 30,000 rounds of ammunition, his Social Security card, his birth certificate and his credit cards were stolen.

He said he learned of the burglary after being alerted to fraudulent activity on his credit cards, the affidavit states.

Then, at about 3 p.m. June 2, the Volvo returned, this time using the victim’s entry code after the burglars rented another unit in his name. The surveillance footage captured two women in the vehicle and them loading up items, according to the affidavit.

According to the affidavit, the victim’s credit cards were used at stores in Wood Village, Ore., that same day. Video surveillance from the stores showed a woman who matched the one seen at the storage unit for each burglary. She was later identified as Raya.

The victim’s credit card was also used June 3 to make a $106 transaction through Telmate, a communications service used at many jails, the affidavit says. Investigators said they learned the inmate who was given the funds was Abran Raya Leon, who is described in court records as Raya’s husband, and was at the Clackamas County Jail in Oregon.

Investigators listened to the couple’s jail phone calls, though most occurred in Spanish and required interpretation. On the evening of June 3, Raya told her husband in English that she got him “two things” he had been wanting before he went to jail. She referenced “cuernos” or having a “box of horns,” which investigators said is Mexican slang for AK-47, for its curved ammunition magazine. The storage unit victim had two AK-47 rifles stolen, according to the affidavit.

On July 6, investigators were notified that the man who was allegedly with Raya during the June 3 burglary was Brian Clement. He was in custody at Northern Oregon Regional Correctional Facilities in The Dalles. He told investigators Raya contacted him about needing help getting into a secondary safe at a storage unit. She said it would be “lucrative” for him. He went with her and loaded the safe into his pickup, he said, along with other items, a supplemental affidavit states.

“He describes being paid for his services with four AR-15s, a 45 and three 9s,” the affidavit reads.

Investigators said Clement described the different firearms that were in the safe and thousands of rounds of ammunition by caliber, the court document says.

“He stated he has never seen someone have that much fire power. He stated there were ballistic helmets, vests and ‘ballistic blankets’ in the storage unit,” the investigator wrote in the affidavit.

Clement also allegedly said a set of wheels and tires that were stolen from the unit were on Raya’s Volvo, court records state.

Suspect in death of Clark County sheriff’s detective arrested in Oregon
Detectives from the U.S. Marshals Service Pacific Northwest Violent Offender Task Force and the Salem, Ore., Police Department have arrested the prime suspect in the… 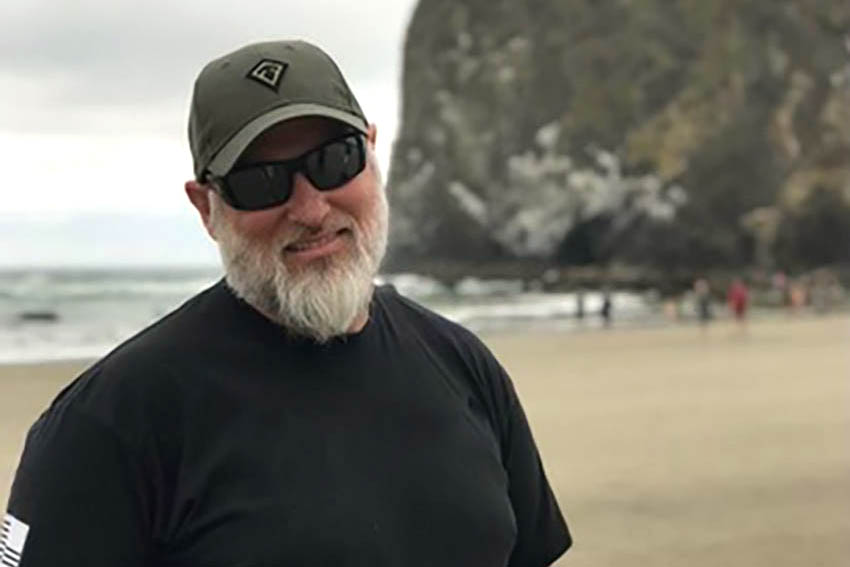 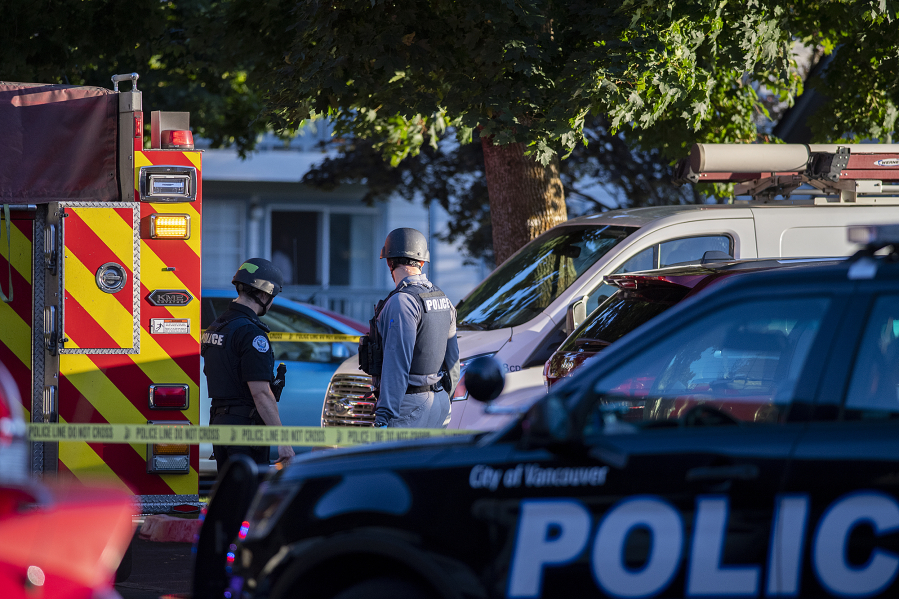 Detective’s death prompts outpouring of grief, sympathy
Condolences came pouring in for the Clark County Sheriff’s Office and family of Detective Jeremy Brown, who was shot and killed Friday evening in east…
Share: