Tyrese Hunter scored 26 points and a led a 3-point shooting spree for No. 11 Texas that carried the Longhorns to a 93-74 win over No. 2 Gonzaga on Wednesday night. Read story 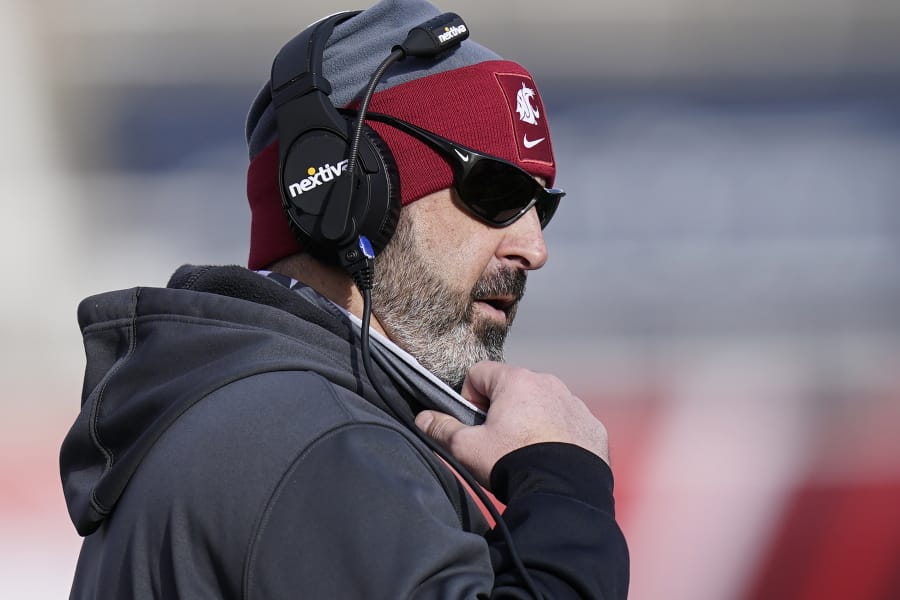 Former Washington State football coach Nick Rolovich has sued the university and Gov. Jay Inslee after he was fired last year for refusing to get vaccinated against COVID-19. Read story

Oregon State’s Ben Gulbranson threw for two touchdowns and ran for a score, and the Beavers’ defense turned in another strong performance in a 38-10 victory Saturday night over California. Read story

Peyton Henry kicked a 43-yard field goal with 51 seconds left and No. 24 Washington snapped No. 6 Oregon’s eight-game winning streak with a 37-34 victory Saturday, dealing a blow to the Ducks’ chances for a spot in the College Football Playoff. Read story

Nakia Watson ran for 116 yards and three touchdowns as Washington State beat Arizona State 28-18 on Saturday to qualify for a bowl game for the seventh time in the past eight seasons. Read story

Timme’s 22 lead No. 2 Zags past Spartans on carrier deck

Drew Timme had 22 points and 13 rebounds, and led No. 2 Gonzaga in a spirited comeback from a 12-point deficit that carried the Bulldogs to a 64-63 victory over Michigan State Friday night on the flight deck of the USS Abraham Lincoln at North Island Naval Air Station. Read story

Ducks find their rhythm after stumble

Cameron Ward threw two touchdown passes and ran for a third, Nakia Watson rushed for 166 yards and a score and Washington State snapped a three-game losing streak with a 52-14 victory against Stanford on Saturday. Read story

Bo Nix and the Oregon offense found creative ways to score, including an offensive lineman catching a touchdown pass and a linebacker scoring from short, as the eighth-ranked Ducks routed Colorado 49-10 on Saturday. Read story

Peyton Henry made a 22-yard field goal with 8 seconds left to cap a 92-yard scoring driving, and Washington held off No. 24 Oregon State 24-21 on Friday night to preserve its hopes in the Pac-12 championship game race. Read story