Vancouver’s newest brewery, Vice Beer, is full of a few firsts for the city: first sour beers served from a slushie machine, first taps that pour directly from the holding tanks in a chilled room viewable from a window and glass door cut into the wall, and the first LUKR faucet – but more on that later.

The brewery opened Friday at 705 S.E. Park Crest Ave., off Southeast Mill Plain Boulevard in east Vancouver. It’s the brainchild of local graphic-design business owner Michael Perozzo and former Spokane brewer Cameron Johnson. They built the theme of Vice out of “playful nostalgia”: themes from the 1980s and early 1990s, ingrained in every inch of the newly renovated and expanded taproom, label designs and beer names.

“Those are the decades that raised us,” said Johnson, standing near a lounge area in the taproom that looks straight from 1987. A VCR and a shelf full of VHS tapes stood behind him.

The beer styles will be on the extreme ends of the spectrum, the co-founders said. On one end is experimental beer, which includes their pastry stout and smoothie sour. On the other end, authentic beers, including a Czech pilsner and a German lager.

The brewery opened with 10 beers on tap (some are collaborations with other local breweries). Most of the beers will be rotating, according to Johnson. The tasting room, with white paint and brightly colored stripes, can hold about 40 people indoors and 85 with outdoor seating.

Vice is located in the former Barlow’s Brewery, which closed when the owner moved away. But Perozzo and Johnson did sizeable renovations to change the feel of the former place. Upgrades included removing the drop ceiling, stripping a former office into a den for more seating, and cutting windows into the wall that peers into a frigid room with beer tanks.

Outside of Vice, a new taco truck called El Viejon opened in the parking lot. Owner Eldy Prado, former head chef at The Hammond in Camas, serves authentic tacos on tortillas that are made to order. The mahi-mahi fish tacos are particularly popular, Prado said.

About the LUKR faucet: Although it isn’t installed yet, it’s a type of faucet that allows the user to pour pilsners four different ways, making the foam and the carbonation different. It should be ready when Vice’s pilsner is ready, near the end of the month, said Perozzo.

“Our goal is to be bleeding edge in beer,” Johnson said. 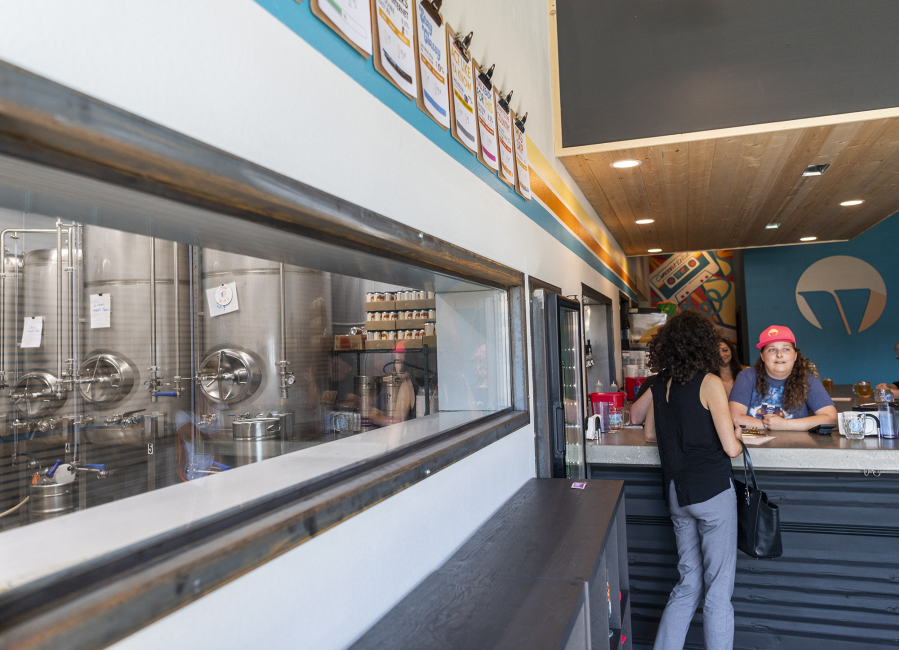 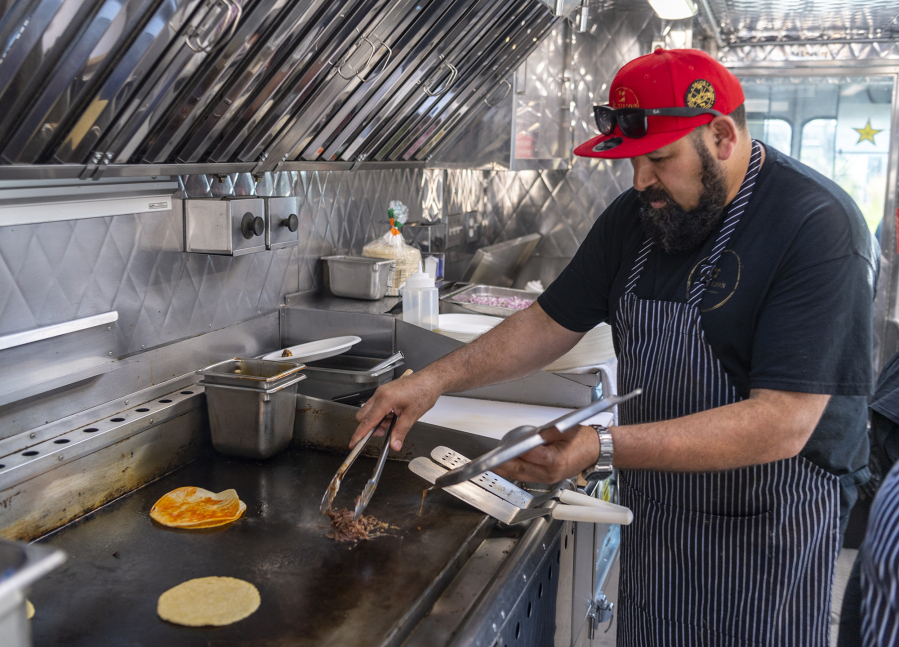